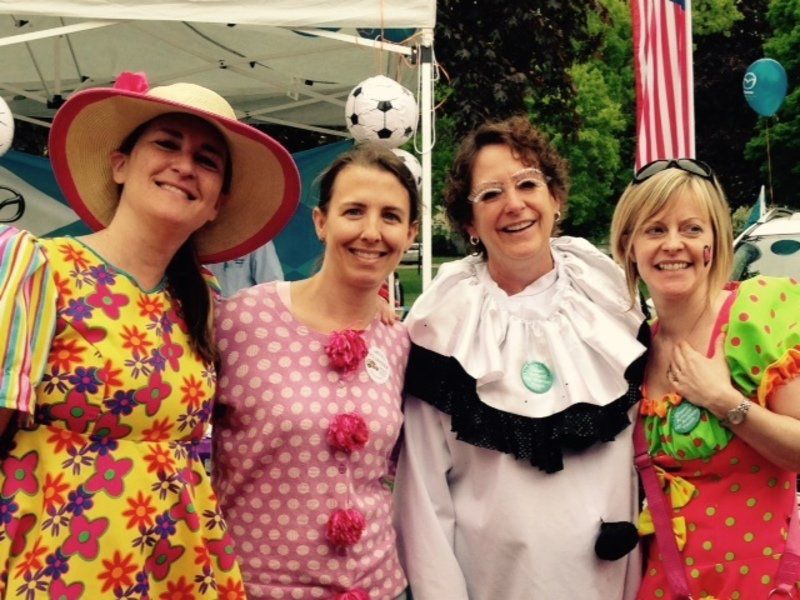 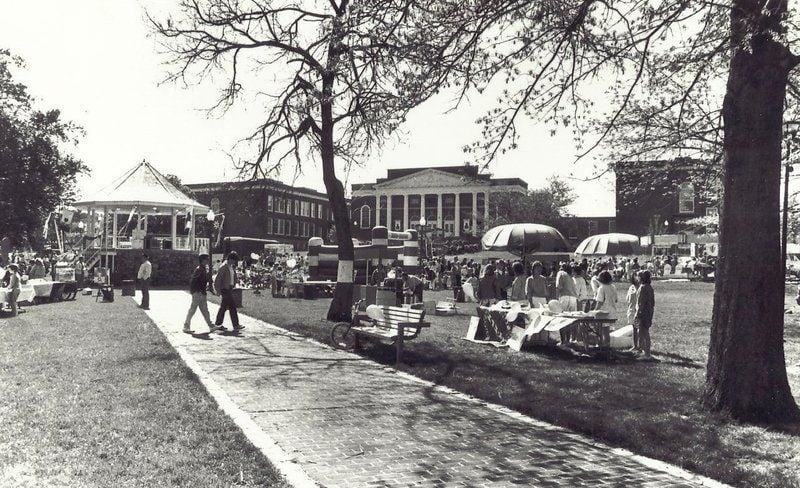 Photo courtesy of Andover Historical Society The Park decked out for Clown Town.

Photo courtesy of Andover Historical Society The Park decked out for Clown Town.

In spring of 1952, a group of Andover women formed a charitable organization that came to be known as “The Andona Society” with the spirit of giving to varied causes in greater Andover. These charter members – Mrs. David Burns, Mrs. Suzanne Wilson, Mrs. Guy B. Howe, Jr., Mrs. Warren Lewis and Mrs. L. Gleynn Yeaton, Jr. - founded “Andona” with a name chosen to reflect “Andover” with the Latin verb “to give”.

One of the group’s first charitable donations was to the Andover Home for Aged People. Andona members visited patients, remembered them with cards on birthdays and purchased equipment for the Home. Early fund raisers included dances, fashion shows, bake sales and plays. By 1956, Andona established a calendar of fundraising events – a Fall Dance, Mid-Winter event, afternoon Bridge in the Spring and – the organization favorite – “Clown Town.”

During the 1960’s, the organization grew from its early size of five members to over 60 women, focusing on assisting the Bon Secours Hospital pediatric ward and making equipment donations to establish the town’s Recreation Park. From there, Andona began designating funds for scholarships and gave monies for the Greater Lawrence YMCA. In 1966, Andona piloted a Preschool Vision Screening to detect symptoms of amblyopia, or lazy eye.

In the 1970’s programs grew to “giving” to a broader range of community needs. Efforts ranged from supporting the Greater Lawrence Joint Hospital Building Fund to major fund raising for the new Andover/North Andover Family YMCA. Funding for local school programs, park equipment and the Andover Memorial Library for the Children’s Room were a few of these newly-supported projects.

In the 1980’s, Andona expanded its scholarship and summer camp programs and supported families by offering Museum Passes in concert with the library along with annual fundraising events. A particular accomplishment in the 1980s was Andona’s support of forming the S.A.D.D (Students Against Drunk Driving) program at Andover High School to educate students about the dangers of alcohol abuse. The group continues to donate funds to programs like Department for Community Service (DCS), Andover Public Schools and Library Pass Programs. By the mid 1980’s, the amblyopia program was screening over 300 children with the aid of 84 volunteers. In 1988, Andona was incorporated, following 37 years of events and community service.

In the 1990s, the group introduced an evening event for middle school children. In 1994 Safety Saturday, a one-day fair designed to introduce various safety concepts to children from preschool to middle school, was introduced. Some other highlights from this time was the establishment of a Scholarship Trust and the sponsoring of cultural events such as “Shakespeare in the Park.” The formation of a Public Business Committee to streamline relationships with local businesses marked the close of thie decade.

Since 2000, Andona has continued its participation in local events like “Andover Day,” offering an expanded Babysitting Program and donations to several youth athletic, social and cultural programs continue. Andona also contributed toward the construction of the Cormier Youth Center. This year, the organization is celebrating Clown Town’s 60th Anniversary.

Andona invites you to celebrate “60 Years of Memories” on Saturday, Nov. 14 beginning at 7:30 p.m. at the Hillview Country Club, North Reading. In addition to ‘50’s theme food, music and games, it will be a great opportunity for former members to reconnect with friends. Interested in joining Andona or for further information about “60 Years of Memories,” visit the Andona website, at www.andona.org.