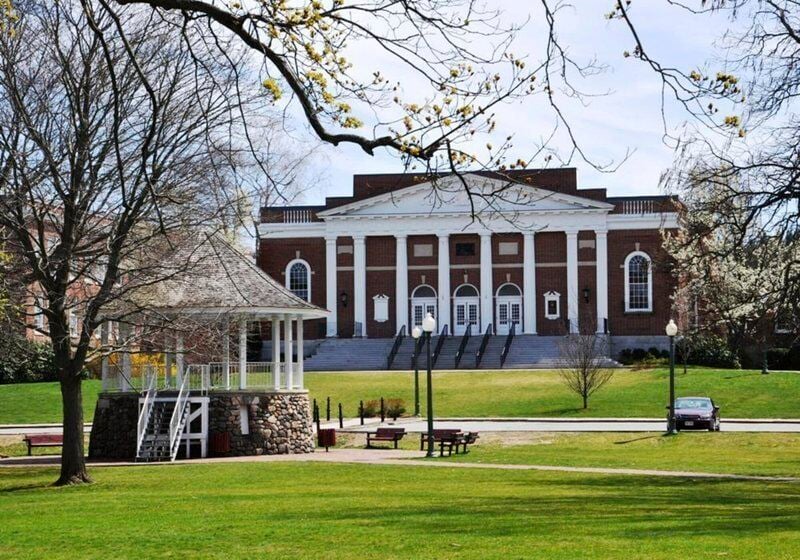 (Photo courtesy Andover Center for History and Culture)  The bandstand in Andover's town park, with Memorial Auditorium in the background 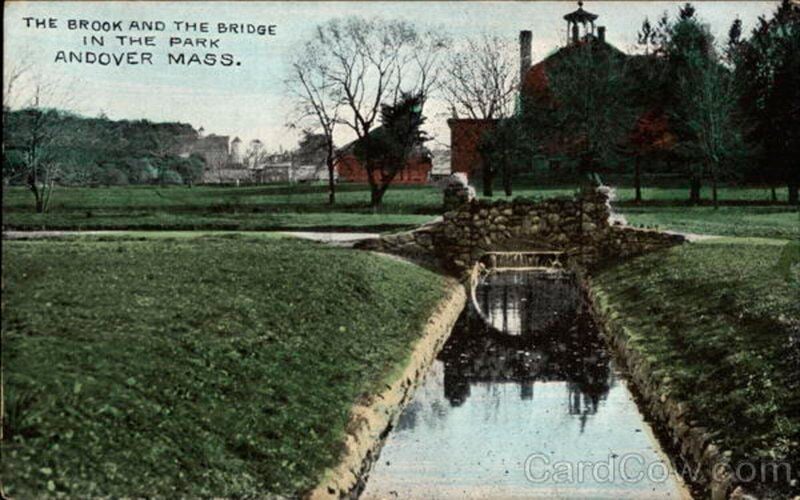 (Photo courtesy Andover Center for History and Culture)  The bandstand in Andover's town park, with Memorial Auditorium in the background

Nothing is as quintessentially New England as a town common or park. Land was set aside for people to gather together, celebrate holidays or simply relax and commune with nature’s grandeur.

Settlers in the colonies brought the tradition of a central park with them. The Boston Common, designated as a public open space in 1634, is considered by historians as our nation's first city park. Across America, a total of 16 such parks were created before 1800, including the National Mall in Washington, D.C., in 1790.

During the 17th and early 18th centuries many settlements provided common land at the center of town. Livestock were allowed to roam the grounds, grazing and drinking from watering troughs and open trenches.

Town commons often designated areas for cemeteries and a pen to corral livestock. Importantly, too, town commons were often utilized for militia training – the town’s most immediate common defense.

Town commons were typically dirty, unsanitary and left to the whims of nature — a far more underdeveloped look than bucolic.

By the mid-19th century, residents began to look at their town park differently, viewing them as public places. Over time, the role of the common has evolved with the changing times.

The American Civil War, for example, brought an entirely new perspective. At its end, and for the decade following, towns began erecting statues and memorials honoring those lost in the war. Throughout New England, the seemingly omnipresent lone Union soldier became part of town commons.

The town park in Andover has an evolution all its own. In an editorial in January 1892, the Townsman asked its readers, “Shall Andover have one such common? A prompt public interest may see some action taken at our annual (town) meeting.”

The Townsman opined that what the town needed was more land to create the public park it envisioned. The editorial suggested that the “very central location of this particular lot (the D.C. Richardson property adjacent to the current town offices), its close proximity to the public school grounds (now Doherty Middle School), which could be made part of a beautiful park system, seem to argue in favor of.”

One year later, the west end of the park was graced with paths and gardens. There remained, however, substantial work to be done to even approach the landscape we see today.

The bandstand was constructed in 1913 including a tool shed within the base of the structure. Town Meeting voted to spend $1,000 — $500 for the bandstand and $500 for entertainment.

In the century since, it has truly become one of Andover’s most cherished and iconic images.

The park, however, endured some tough times, especially through the 1950s and 1960s. It fell into disrepair with overgrown walkways, stones were missing from the bridge over Rogers Brook, and vandals tore up the floor and roof of the bandstand. The cost of repairing the bandstand was estimated at $6,000. Volunteers stepped up by paying for and making the repairs as a gift to the town.

Rogers Brook and its long history of flooding the park near the bandstand remained a nagging problem. To address the issue, a stone bridge was built over the exposed water. The fix proved insufficient.

In 1968 town engineers designed a culvert encasing the brook and covered the entire area with grass, ending any significant future flooding.

The park has enjoyed a renewed vitality over the past half century. There’s more to learn in our next look at what has become one of Andover’s crown jewels.