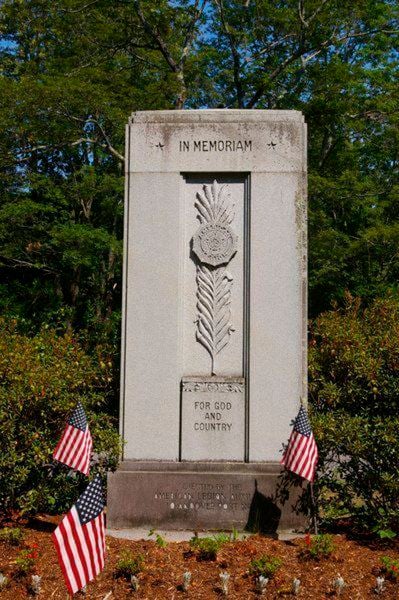 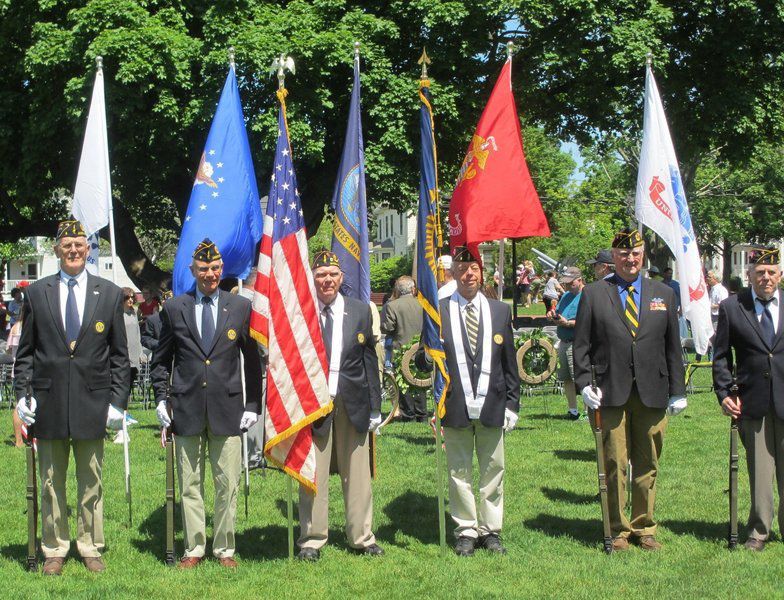 The American Legion was formed in Paris, France, in 1919 by veterans of World War I who were waiting to return home to the United States.

Andover’s veterans held a meeting in May of that year and 91 men joined the organization. The designation “Post 8” is significant because Andover was the eighth community in the commonwealth to receive a charter from the American Legion.

In 1921, the post published a book entitled “Andover, Massachusetts in the World War.”

Post 8 has been continuously working to benefit the town of Andover. In 1924, the post sponsored a Town Meeting article that led to the improvement of the athletic fields. During World War II, the post maintained an aircraft warning outpost on Ballardvale Road.

Notable events from the present include the twice-yearly placement of flags on veterans’ gravestones and ceremonies in observance of Veterans Day and Memorial Day. Honor guards are provided for funerals upon request.

Flag Day celebrates the American flag, and as part of the observance, Post 8 members visit local schools for a program of patriotic poems, songs and speeches to honor our flag. Members have complemented the work of teachers and students alike.

Support of local youth includes the sponsorship of two teams in the American Legion’s youth baseball league. Since 1987, Post 8 teams have competed in 15 district championships, were contenders in the “Final 8” on eight occasions, and won the state championship in 2004. Ryan Hanigan and Mike Yastrzemski both played Legion baseball in Andover. Joe Iarrobino, longtime coach, was grateful for the team’s financial support.

High school students have an opportunity to participate in Boys State or Girls State. In these nonpartisan summer programs, students learn about the democratic process and republican form of government. Participants assume the roles of elected leaders and engage in mock election campaigns. President Clinton was a student in Boys State and as such met President Kennedy. College scholarships are awarded to high school students.

The post’s lesser known efforts include its participation in Veterans’ Treatment Court. Veterans’ court is a treatment focused program that adjudicates the criminal cases of veterans who are struggling with post traumatic stress disorder or traumatic brain injuries.

The Veterans Northeast Outreach Center is another agency that Post 8 is proud to support. The center provides shelter, education, peer support and counseling to veterans living in Massachusetts and New Hampshire. To date, the post has donated over three tons of food to the center.

Women are also contributors to Post 8’s activities. At one time, the post boasted a ladies auxiliary that emphasized child welfare programs and the rehabilitation of injured veterans. The ladies auxiliary sponsored a monument that still stands in Spring Grove cemetery. Today, a woman serves as adjutant.

In the midst of the COVID-19 pandemic, Post 8 members are making and donating masks to help medical professionals carry out their critical work.

Until my father, Steve Cooper, joined Post 8, I thought of the American Legion as a group of veterans who only marched in parades to honor our country. Through research, phone calls and emails, I learned much more about Post 8’s efforts to benefit our town.

The members of Post 8 are committed to the Legion and the community, and are extremely active in both. They are not veterans who simply march in parades but are invaluable assets to the community.

Doug Cooper, a lifelong Andover resident, is active in the Andover Center for History and Culture and the Andover Sportsmen’s Club.