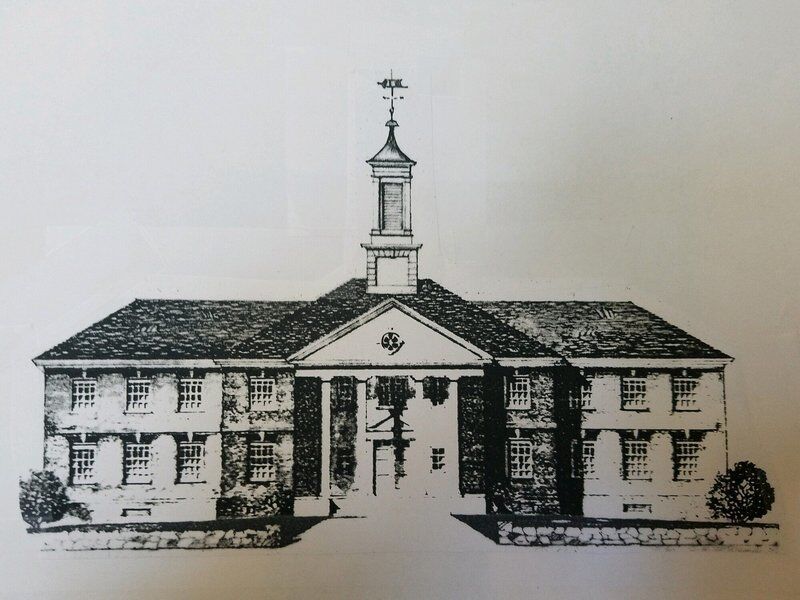 (Courtesy Andover Center for History and Culture) A sketch of 1954 Town House renovation plans, at the site of today's parking lot next to Andover Village Square. 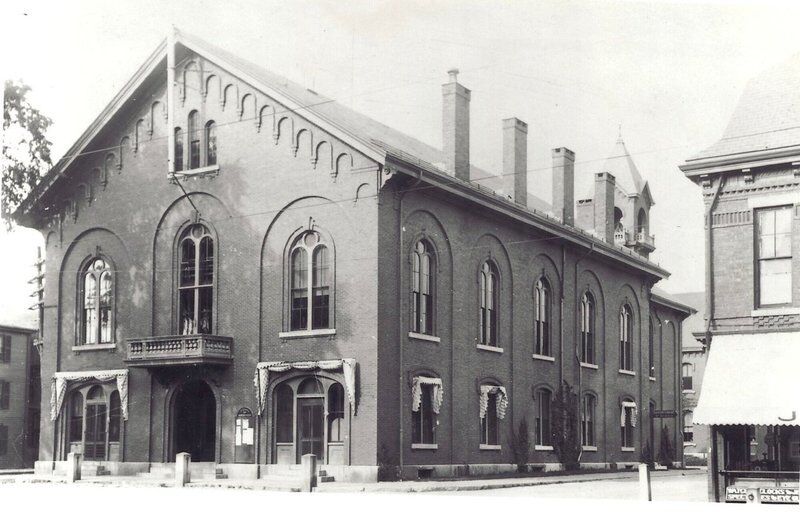 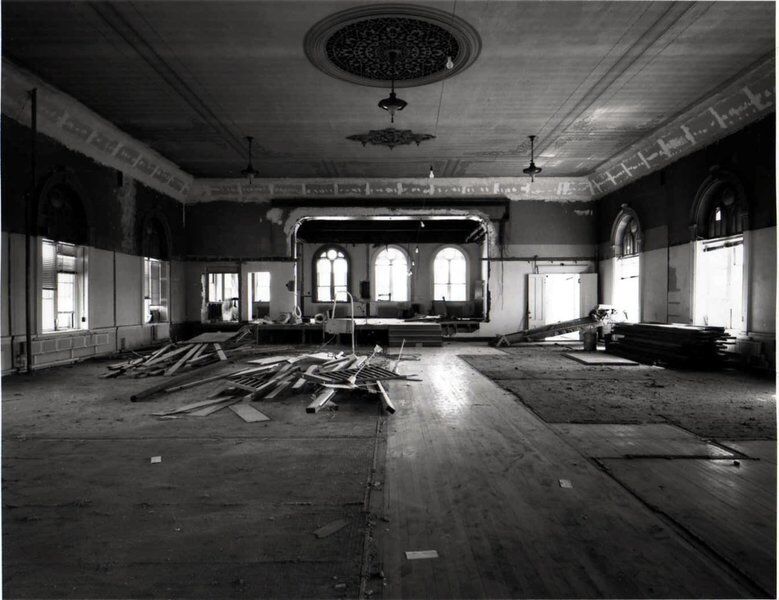 (Courtesy Andover Center for History and Culture) A sketch of 1954 Town House renovation plans, at the site of today's parking lot next to Andover Village Square.

The hall in the Town House was a busy place.

As records show: “The hall was in constant use. There were Temperance, Suffrage and Abolitionist meetings, political rallies, the George Washington Ball, Police and Firemen’s Balls, the annual Robert Burns Night, graduations and many more joyous occasions. It was very pleasant to sit in the gallery and view the grand march that seemed to precede most dancing parties of that period.”

However, beginning in the 1950s, through the ‘60s and ‘70s, discussions of new designs and new locations for the Town House were almost an annual occurrence.

It was in 1954 when the Selectmen considered a plan for a new town hall on the “old Shaw property,” today’s public parking lot next to Andover Village Square.

Urban renewal efforts brought calls for a complete razing of the Town House, and for most of the older downtown buildings.

Other voices suggested building additions behind the Town House that would extend to Bartlet Street.

In 1966, the Townsman reported that the current re-use committee clearly favored completely “clearing the Town House block and constructing a parking mall which would hopefully prove a stimulus to improvement of properties along Park and Barnard streets.”

Widening the sidewalks in this area was also suggested to permit the planting of shade trees and a “restoration of a previous Main Street look.”

New town offices were also suggested at the sites of the Standard Oil Building and Enterprise Bank at Elm and High streets.

When the high school was built, some thought additional property along Shawsheen Road would be appropriate. And, in 1975, consideration of purchasing what is today’s Balmoral Condominiums in Shawsheen Square was studied.

Finally, in 1984, efforts were made to put an end to the question of whether or not to maintain the old Town House. In that year, Town Meeting voted to move all town offices to the former Punchard High School building on Bartlet Street.

With a now-empty Town House, ideas for its continued usage were plentiful, but fortunately along with this came cries to “Save Town Hall” no matter what use that would eventually take on.

At Town Meeting in 1987, the Town House was the subject of a warrant article. With a hard-fought vote of approval, renovations now came at a projected cost of $2.6 million — reaffirming the town’s original commitment to a vital town center.

Extensive work was undertaken to remove pre-fab offices on the second floor that had been built during World War II. A retired master craftsman was brought in, and working on his back, reproduced the elegant ceiling moldings.

The first floor is much as you see today, with the post office in front and a community space in the back.

The 1989 rededication ceremony was one of the “splashiest” parties ever seen in town. The anniversary weekend that year included a breakfast, ceremony with town officials, spelling bee (fifth and sixth graders versus adults), an Andover Theatre Company production of the play “The Curious Savage,” and an art auction and exhibition of paintings by local artist Frances Dalton.

Our Town House is more than a downtown anchor. It immediately connects the town to its storied past.

The welcome enter has hosted a drop-in space where folks could get a coffee and doughnut. The upstairs hall serves the Town well for large gatherings.

We have town meeting to thank where people perhaps voted more with their hearts than with their pocketbooks.

Keeping our Town House vital was then, and remains today, the right thing to do.