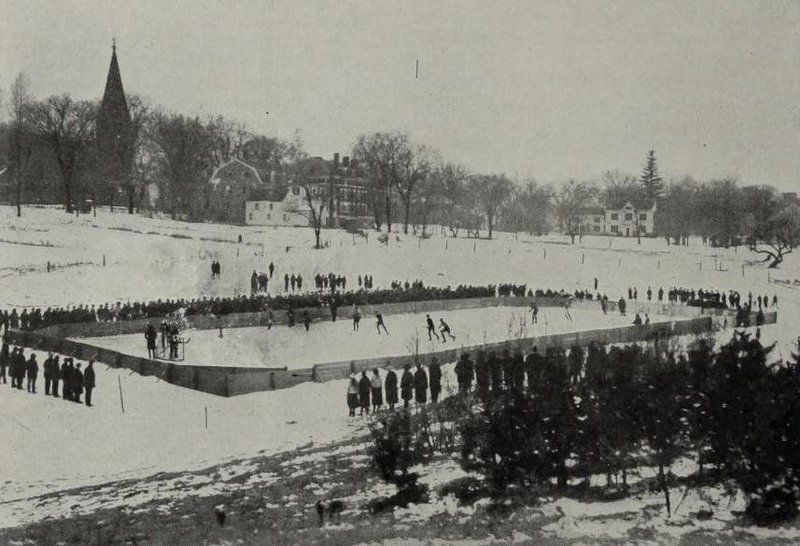 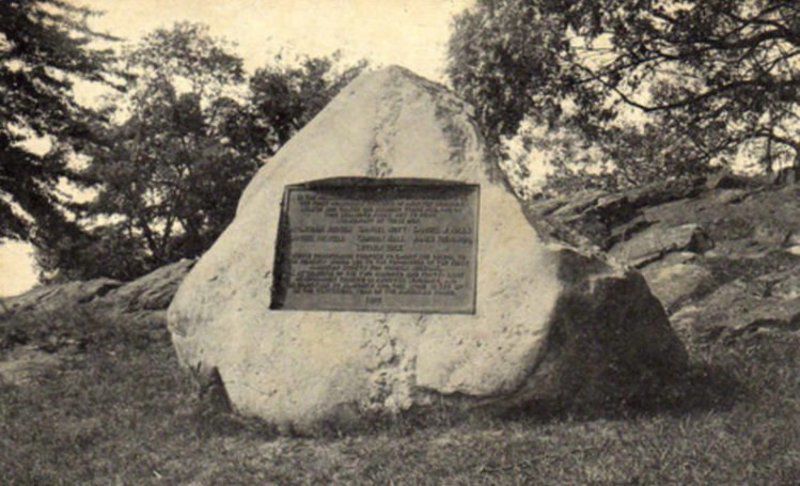 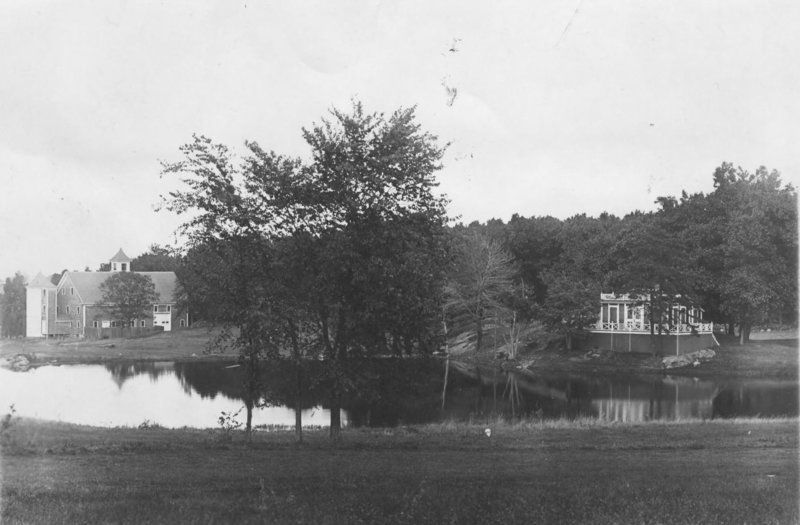 Tucked behind the Andover Inn on the Phillips Academy campus is a small pond that has been the site of a myriad of uses, both religious and secular.

Rabbit Pond first came of note during the early 1800s when students from the Theological Seminary walked to this spot seeking solitude. Facing the pond is Missionary Rock, installed at the 100th anniversary of the American Board of Foreign Missions.

A plaque declares: “Here in the ‘Missionary Woods’ the first missionary students walked and talked, and on this secluded knoll met to pray.”

In total, 248 missionaries were trained at the seminary to carry the Gospel “to the heathen world.”

Also in the 1800s, at the same time students were praying, cows were mooing. Rabbit Pond was one of three campus working farms. The grazing area extended as far as today’s Bartlett Street, and continued until the surrounding fields were tapped for a different use.

In 1886, the town voted to spend $10,000 to make the pond available for fire protection. About 7,500 feet of pipe were laid from the little pond to the center of the village, and 16 hydrants were installed.

With an idyllic view and a central location, Rabbit Pond next became the location of Andover’s first golf course. Laid out in the 1890s, this land extended to Morton Street. By 1896, the town’s interest in golf reached a fever pitch, and architect Alexander Findley was hired to lay out a nine-hole course.

Golf enthusiasts formed a club in 1897. As reported by the Townsman, “the course is very good for a natural one, but the advisory committee thought it best to make a few improvements on the green.”

A small clubhouse was erected looking over the pond where members would gather.

Unfortunately, players did not find the course very interesting, and the site was closed in 1909, when the last match was played.

Lest you think too highly of the water in that pond, former Selectman Bill Dalton, who grew up in town, remembered that “tons of leeches lived in that water, and many of them introduced themselves to us when we were youngsters.”

While swimming was technically not allowed, Dalton described sneaking through the woods and noted, “it was certain that we’d have leeches attached to us when we exited the pond.” (Getting those off is another story!)

While Phillips Academy no longer had its golf course, for several years the pond was used as the school’s varsity hockey rink. Impossible to control the weather, many games were ultimately canceled.

In 1942, attempts were made to prepare the pond for the winter, and boards were erected along the perimeter. At one point, according to an alum, “the boards fell through the ice, as did the horse-drawn plow and mechanized plow, the tractor sent to rescue it and, on at least one occasion, the puck, at a critical point in the game.”

By 1951, hockey was being played across campus on an indoor rink.

And, according to campus legend, a group of Humphrey Bogart’s friends, incensed at his dismissal from Andover, tossed the innkeeper into the pond, thinking he had reported Bogart “for being too attentive to his daughter.”

The truth was less interesting; Bogart had flunked out.

By the 1970s, and with formation of the Natural History Club, the pond was the subject of ecological and environmental problems. When draining the pond, an island formed and became the seasonal home of Canada geese, mallards and, in the fall, Great Blue Herons.

The public today still has access to this site, and, if one is lucky, a Great Blue Heron may still happen by. (I don’t know about the leeches.)