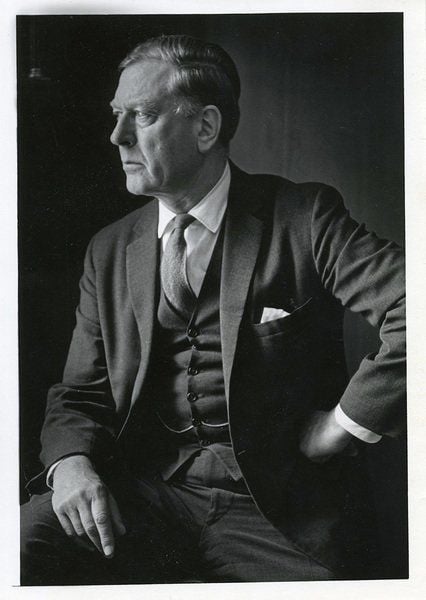 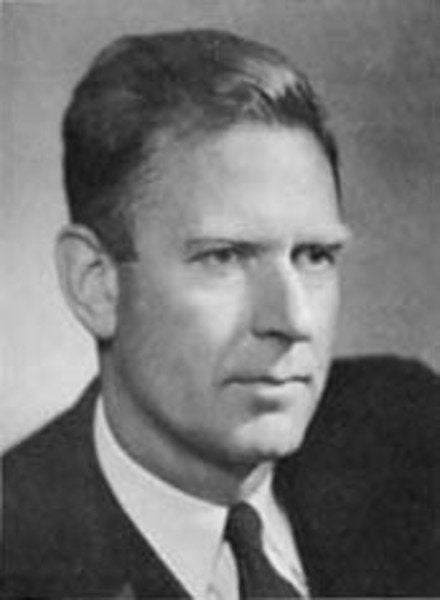 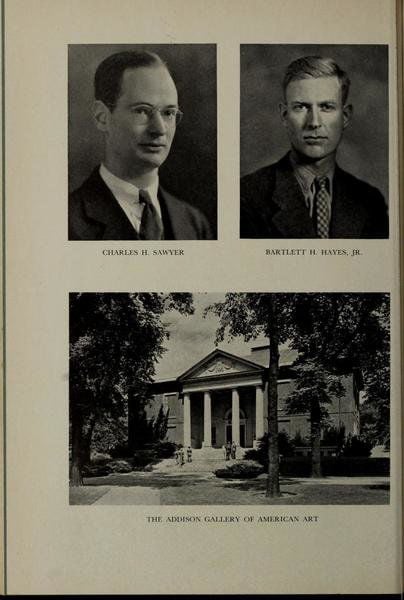 One of the many gems on the Phillips Academy campus is the Addison Gallery of American Art, created and funded by alumnus Thomas Cochran, class of 1890.

Cochran’s vision of the 1920s was to develop a space of well-rounded students which included an art center “to enrich permanently the lives of the students.” Cochran donated the first 50 American paintings to the gallery, which was named for his friend, Keturah Addison Cobb.

From its opening in 1931, “the Addison programs demonstrate a central concern for education.” This focus has never been kept behind Academy walls, rather shared with the town and beyond.

And no one person has fostered – and expanded – Cochran’s goals better than Bartlett Hayes, Jr.

Hayes grew up in Andover and graduated from Phillips in 1922, later receiving a chemistry degree from Harvard. From 1927 to 1929, he studied art with Philip Hale, a Boston painter.

Following four years of independent study in Europe, Hayes came back to campus as its second art teacher. School records show that, at the time, 200 students were enrolled in art classes, which were held in the Addison’s basement. Hayes’ found his passion for teaching these young people, and from that point, he is credited with the strong role that Visual Arts holds in the P.A. curriculum.

Student interest in art grew, and so the program outgrew the basement. Hayes raised money to build the Art Center in 1963, which included studios, classrooms and an auditorium. With the Art Center’s opening, Hayes was able to broaden the arts curriculum by hiring experienced instructors in photography, sculpture, architecture and painting.

Along with his teaching duties, Hayes served as the Addison’s assistant curator from 1933 to 1940. In 1940, he succeeded Curator Charles Sawyer as director.

Bartlett Hayes’ devotion to the gallery began to blossom in the 1930s when he mounted at the Addison one of the first exhibitions in this country highlighting the work of Alexander Calder.

And before lending out any of the Addison’s works of art, Hayes made a point to visit the museums requesting the loan. This gave him both the knowledge of the other directors and the opportunity to study the works of art at other museums.

Hayes’ recognized belief that “art should be made accessible to the larger public,” inspired him to publish many pamphlets and books. His chosen subjects dealt with, as he put it, “the ways of thinking by which painters and sculptures are guided.”

Hayes’ true gift seems to be how he combined art classes with the gallery’s collections. Colleagues noted how “he made the superb collection a classroom tool for courses in art appreciation that went on to become a graduation requirement.”

Never one to turn down an opportunity, Hayes retired from the Addison in 1969 when he was named Director of the American Academy in Rome. When announcing the appointment, the Academy pointed to Hayes’ “association with arts and education” in America and Europe, and his serving as trustee in several cultural institutions.

On campus, an anonymous gift was presented by a former student in his honor to build a courtyard surrounded by his beloved Addison and Arts Center.

Bartlett Hayes, Jr. died in 1988. Colleagues Diz Bensley, Art Department chair, and Chris Cook, Addison Gallery director, remembered how Hayes “put the Addison on the map,” how he made art available to a wider audience, at a time when modern art was a mystery to most Americans.” And how, as a teacher, Hayes “was a true artist, teaching always by example.”

His legacy to education and the arts is surely being felt even today.