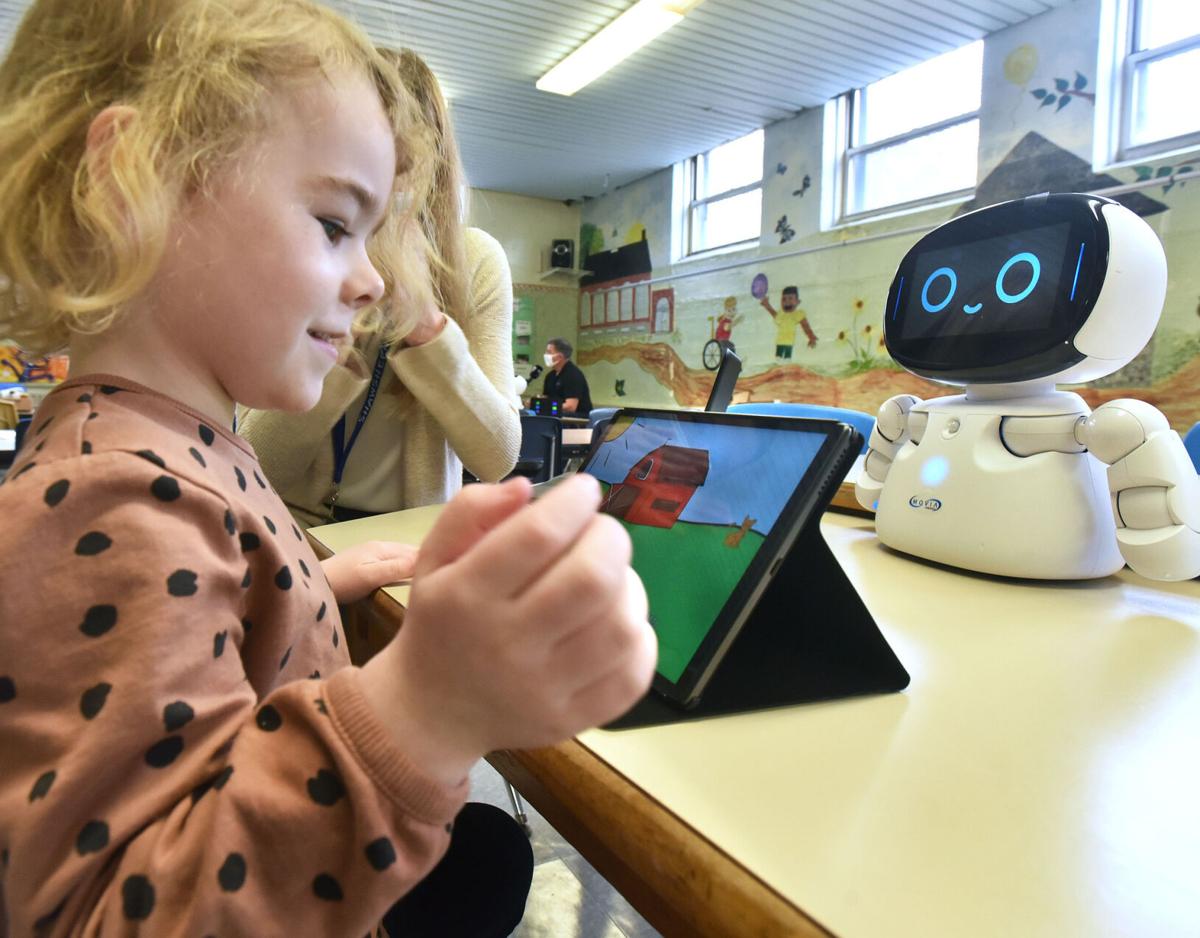 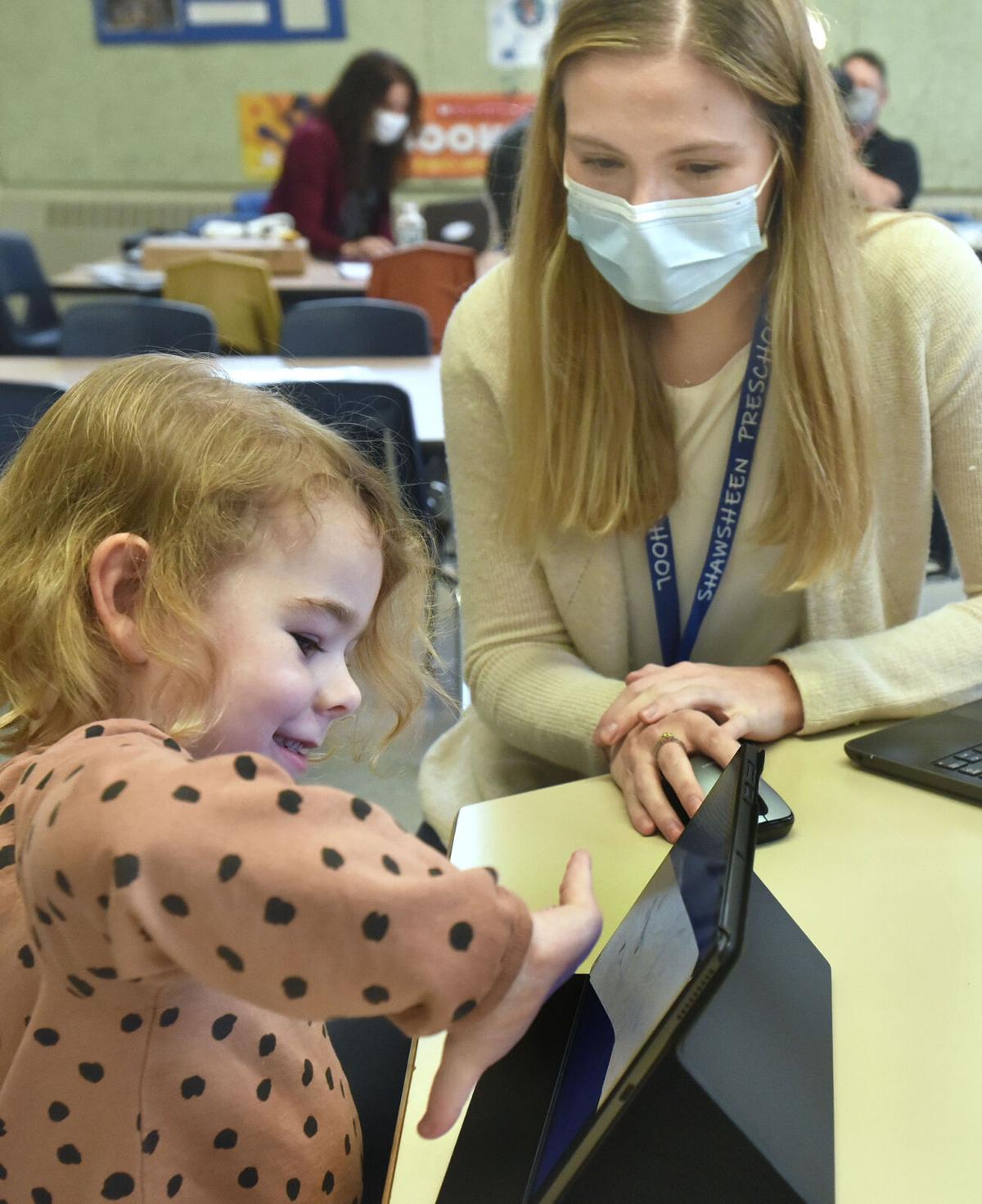 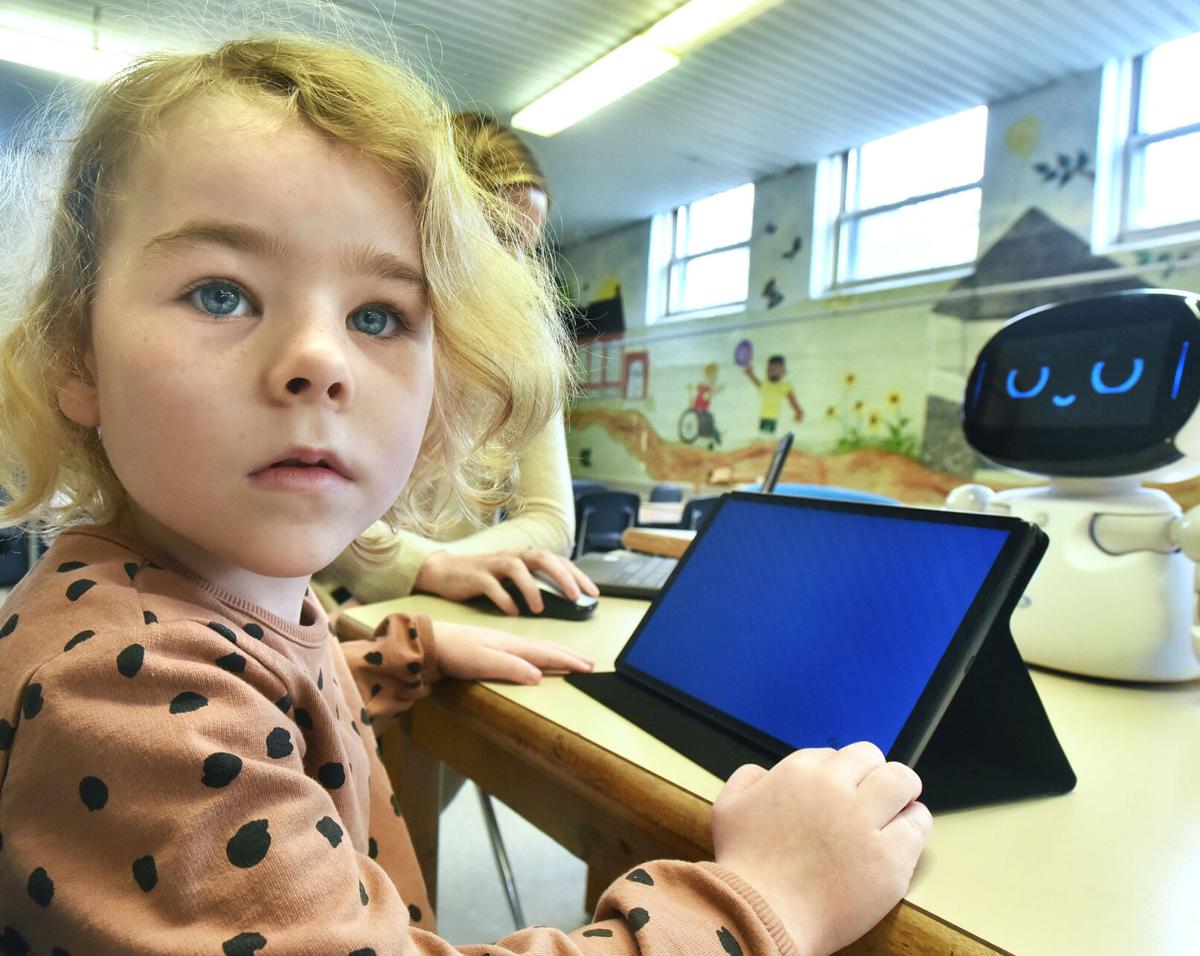 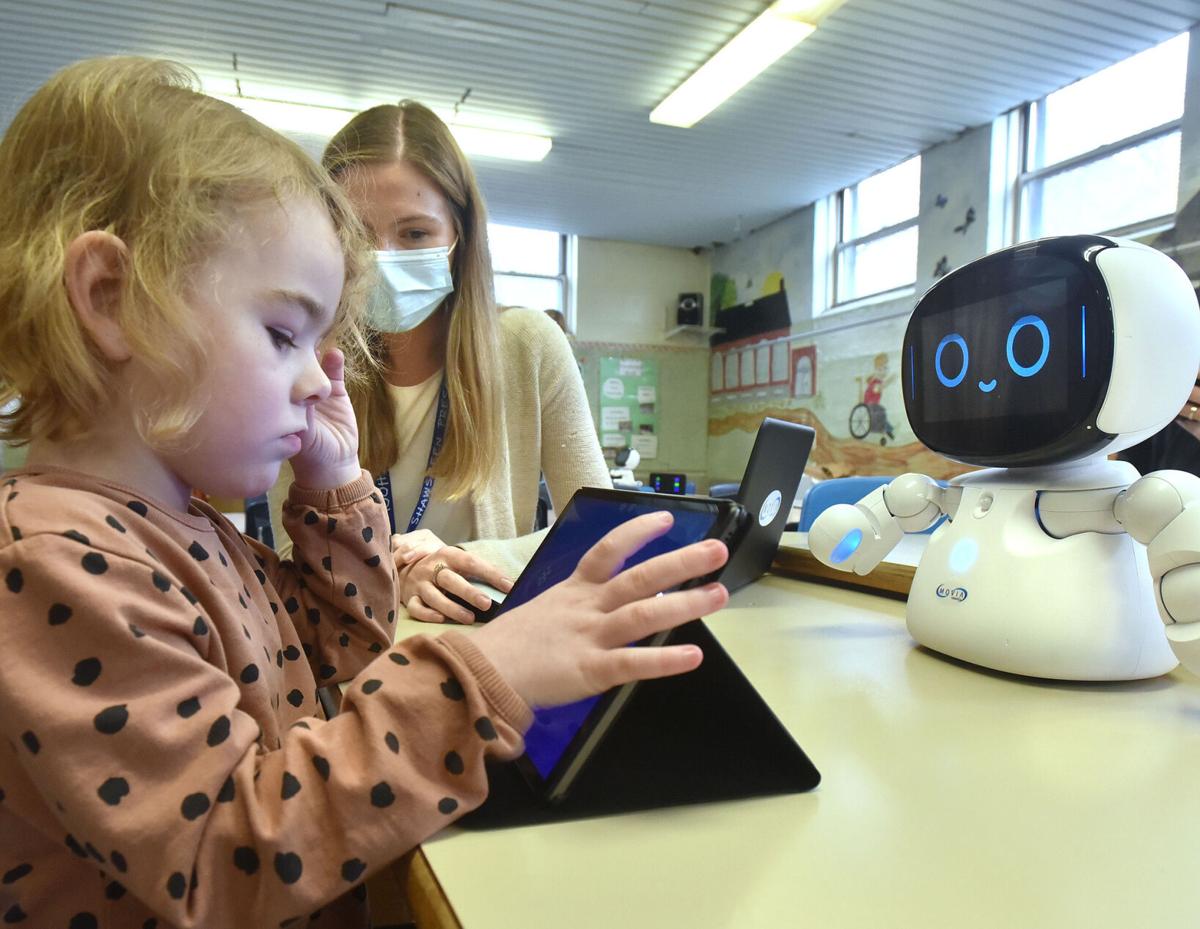 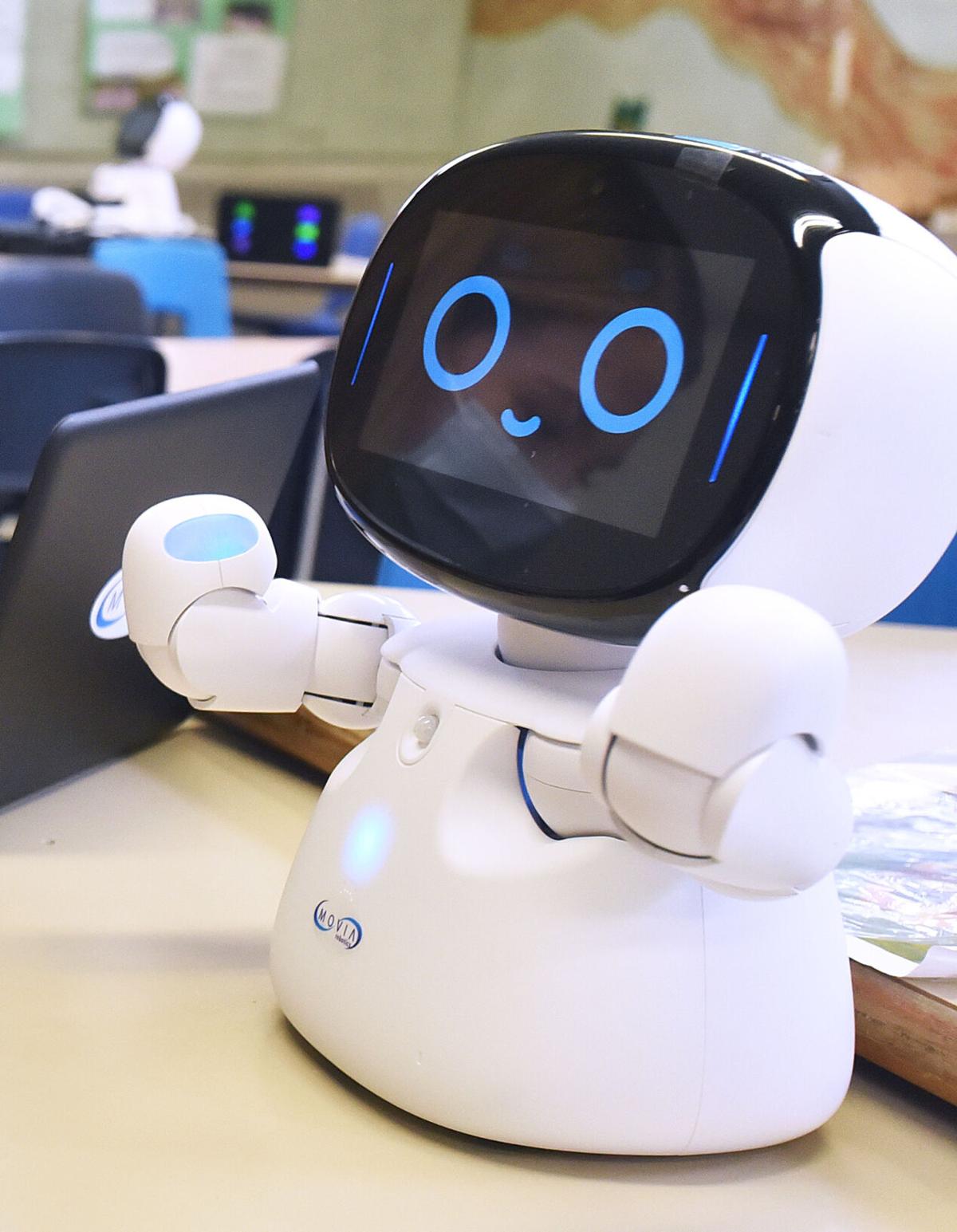 Shawsheen Preschool will be the first preschool in Massachusetts to use MOVIA’s Robot-Assisted Instruction systems, which helps educate children with autism spectrum disorders. 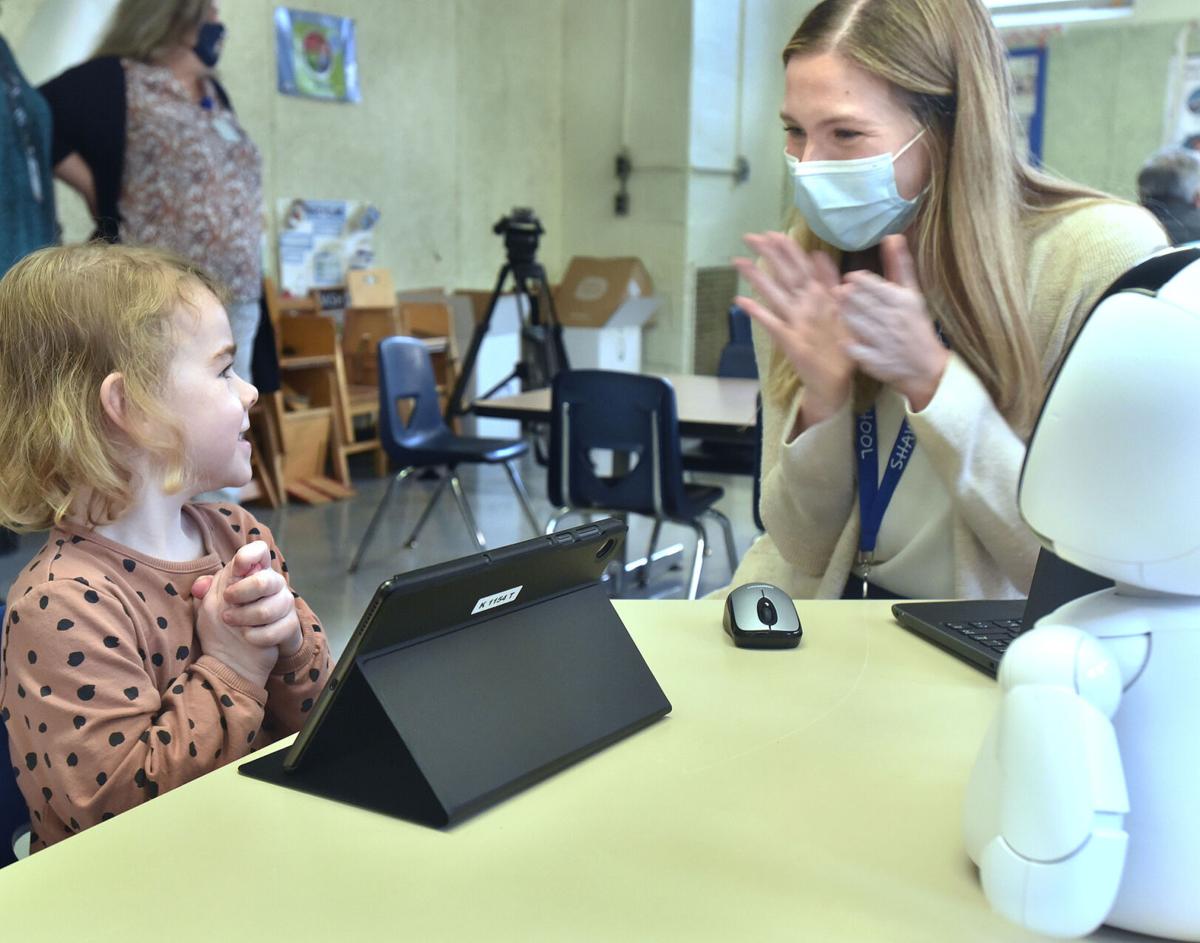 Shawsheen Preschool will be the first preschool in Massachusetts to use MOVIA’s Robot-Assisted Instruction systems, which helps educate children with autism spectrum disorders.

Four-year-old Roisin Connell practiced learning her shapes and colors with the help of a new friend — a MOVIA robot designed to give her positive feedback as she learns.

Roisin and other preschoolers in the Bridge Autism Program at Shawsheen Preschool will use three new robots bought by the district to help them better learn nonverbal communication skills, such as reading facial movements.

MOVIA’s Robot-Assisted Instruction system “simplifies things with (students) and allows them to get down to learning the fundamentals of communication,” said Sara Stetson, assistant superintendent of student services.

Children with autism don’t typically focus on facial movements. However, the robots will give them positive reinforcement, both verbally and with facial queues, for various activities.

The robot is able to smile and the eyes of one robot working with Roisin widened happily as she got questions correct.

Students can work one-on-one with the robots using an iPad that has various applications, Stetson said. Their answers are captured and the programs move up with difficulty as needed, she said.

“It’s built in so it’s almost errorless learning, but will move up in difficulty,” Stetson said.

She also used one of the robots on a recent day to lead a preschool class in the game Simon Says, during which students were “really animated” and paid careful attention, Stetson said.

The robots are “another great tool in the toolbox for these educators,” said Jean-Pierre Bolat, CEO of MOVIA Robotics.

The technology for the robots has taken about a decade in development in order to make them both effective and cost-efficient, he said. Throughout the pandemic many parents bought robots to help their children continue learning at home when a speech pathologist or other specialist had to help students through screens, he said.

The robots helped students “stay on their paths and actually do better in some circumstances,” Bolat said.

Now in classrooms these robots help students see and visualize facial expressions better when educators and their fellow students’ faces are covered by masks.

The program’s three MOVIA robots were funded by a federal grant, Stetson said. This year is the first year the school is incorporating the robots into lesson plans. School officials will see how well the robots work and potentially add more for various Bridge Autism students.

“We want to be the leaders in our program and be the best,” Stetson said. “We are always looking for the next thing that can help our students.”