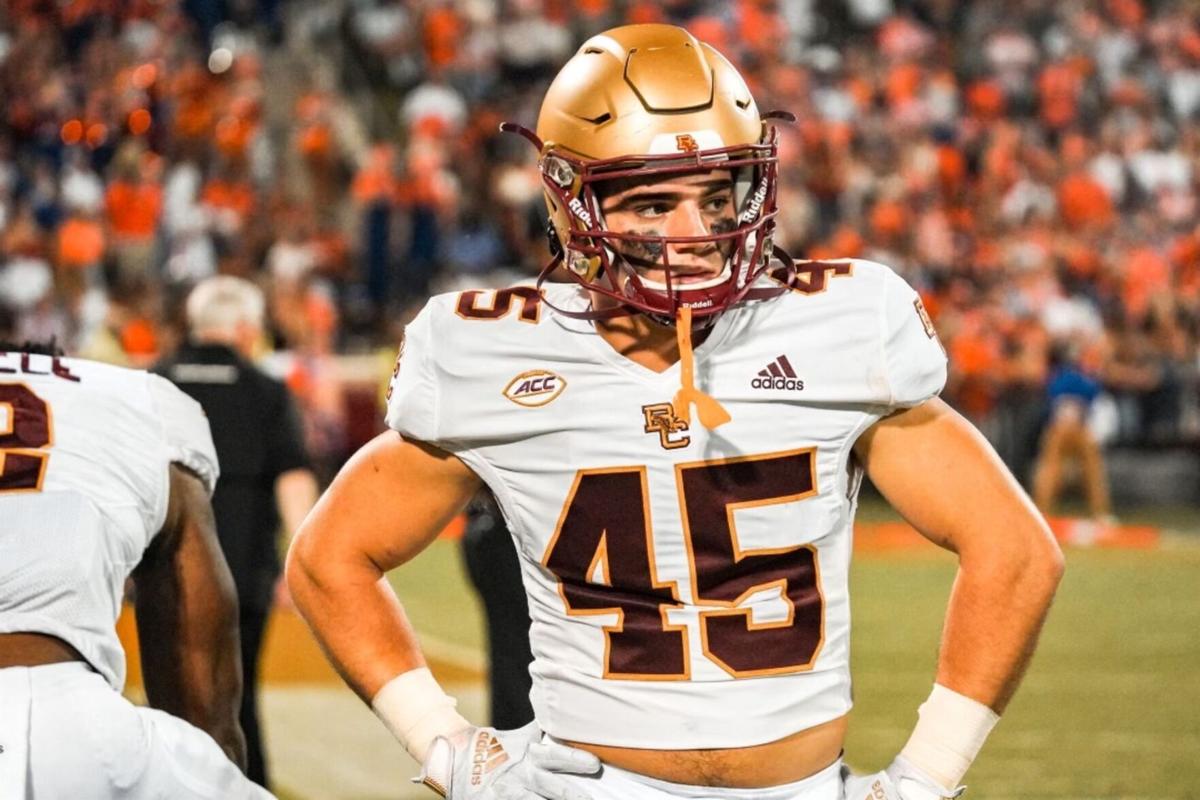 Joe Marinaro was recently awarded a scholarship from Boston College football. He is the son of Andover great Mike Marinaro and the nephew of Golden Warrior great Joe Marinaro. 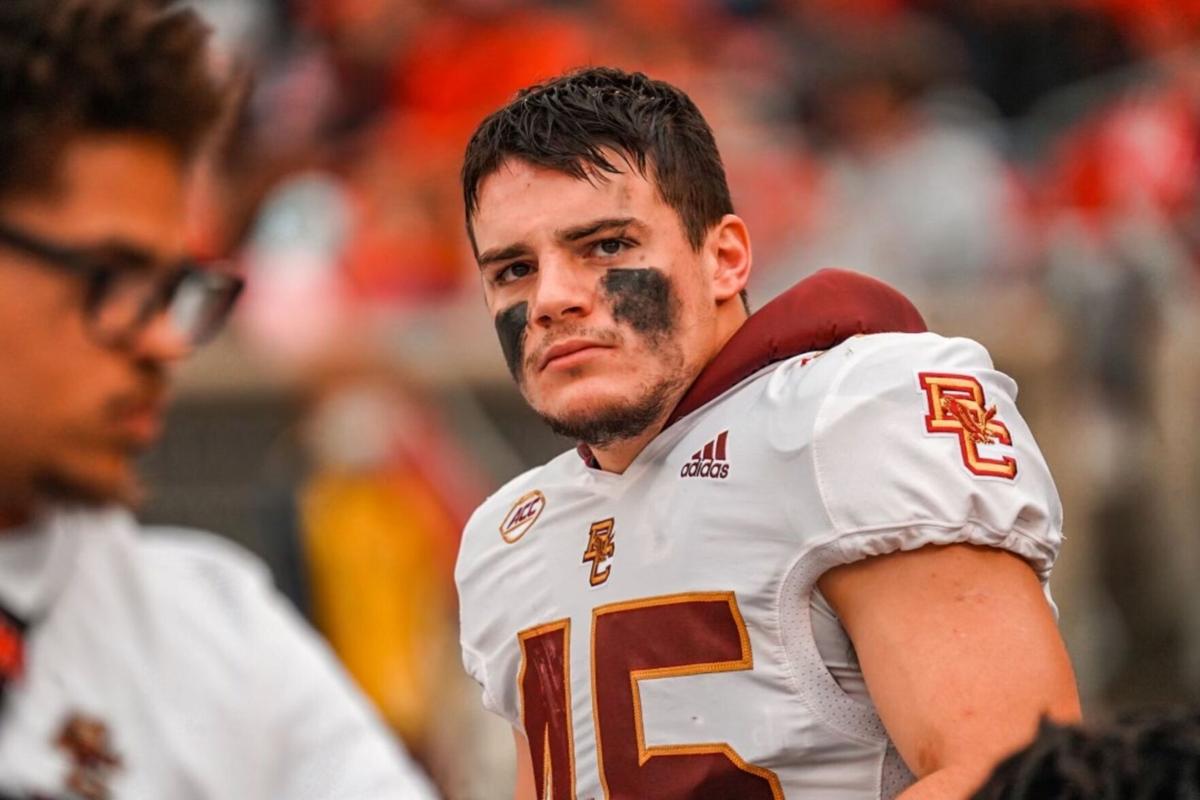 Joe Marinaro, the son of Andover High Hall of Famer Mike Marinaro, has earned a scholarship with Boston College football. 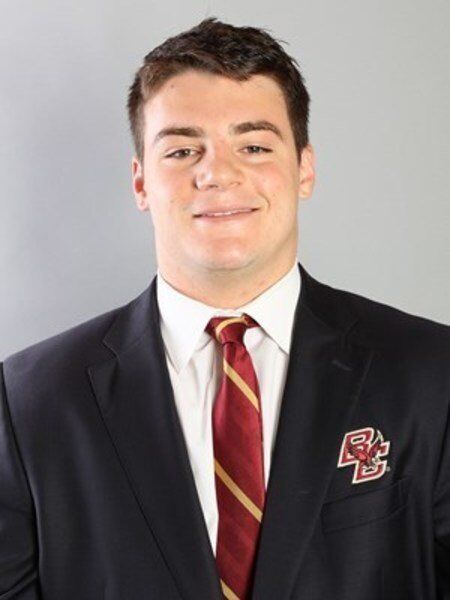 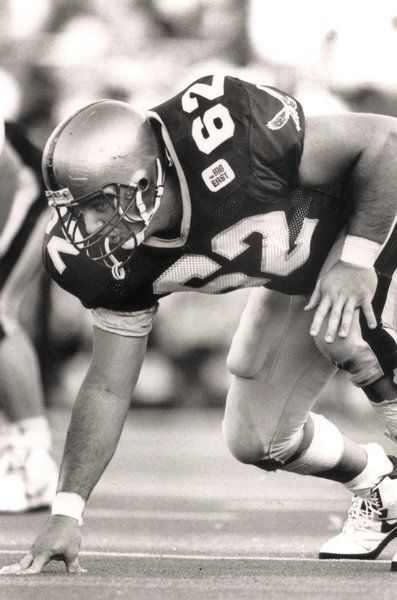 Boston College star Mike Marinaro of Andover in his stance in this 1991 photo. Marinaro is in the Andover High Hall of Fame.

Joe Marinaro was recently awarded a scholarship from Boston College football. He is the son of Andover great Mike Marinaro and the nephew of Golden Warrior great Joe Marinaro.

Joe Marinaro, the son of Andover High Hall of Famer Mike Marinaro, has earned a scholarship with Boston College football.

Boston College star Mike Marinaro of Andover in his stance in this 1991 photo. Marinaro is in the Andover High Hall of Fame.

Joe Marinaro knew it was going to be a dogfight, from Day 1, to get on the field at Boston College.

While he has legacy there — his dad, Andover High Hall of Famer Mike Marinaro, was an All-Big East defensive tackle at B.C. (’92) — Joe didn’t come with the cache or the size (5-foot-10, 220 pounds) big-time, power-5 Division 1 linebackers had.

But Joe grew up wanting to attend his father’s alma mater. When he was offered a walk-on spot from then-new coach Jeff Hafley, he jumped at the chance.

At the time, it was the most exciting phone call of his life for the young man named after his uncle Joe, to this day the greatest offensive lineman to ever play at Andover High, and his dad Mike’s kid brother.

Now came the tough part ... getting on the field.

Especially as a walk-on.

The 2021 season was a new opportunity, hopefully getting on the field a bit on special teams.

The road to playing time was going to start for Joe, on the scout team, which imitates opposing teams’ tendencies. It means extra studying.

Joe accepted the weekly role as if he was going against Clemson.

Guess what? The fruits of his scout team labor were noticed.

He was named a “Scout Player of the Week” seven times, including a run of six in a row.

It got to the point where the few times his name wasn’t called on a Thursday, teammates wondered what was up.

Then, last month, Coach Hafley was announcing the weekly captains and scout team awards. Usually, the scout team was announced first, but not on this Thursday.

Coach Hafley named the captains first, and then the scout team. Joe was not on the list.

“I thought something was weird,” said Joe. “Then coach started talking about me, saying some nice things and that ‘I wish I could get more, just this gift card.’

“Coach gave a card, which I started reading. ’You have earned a scholarship ...’ it said. I couldn’t get the full thing out. I was bawling. The entire team went crazy. It was the best feeling of my life.”

One of the assistant coaches gave him a cell phone to call his mom and dad.

“My mom started screaming,” said Marinaro. “And I talked to my dad and he was bawling. Honestly, I think it was the second time in my life I saw or heard him cry and I forget exactly why he cried the first time. It was really special.”

Coach Hafley said Joe was his first B.C. player that went from walk-on to scholarship.

“Whether Joe’s playing D-line on the look (scout) team, linebacker on the look team he gives our guys a great look,” said Hafley. “Each week he started on special teams. He stands for everything this program is about.

“Joe outworks people. He shows up on time. And he’s for the team in everything he does. Honestly, if I didn’t give him a scholarship there would probably be an issue.”

Joe’s dad admits the phone call about the scholarship was a moment he will forever cherish.

“I don’t think there is a guy who loves football more than Joe does,” said Mike, an account executive for Medtronic, a global healthcare technology company. “It’s what he wants to do. He had opportunities to go to other schools where he probably would’ve been played more, especially initially.

“But he wanted Boston College. Honestly, I was thrilled. It’s back home for us. My brother Joe is able to see him a bit. In the end, it was his decision. I couldn’t be prouder.”

Mike’s other son, Nick Marinaro, just wrapped up his freshman season at Dartmouth, where he played on the offensive line, at 6-foot-1, 270 pounds, for the Ivy League champs.

“My wife Suzanne is a Rhode Islander (who graduated from URI),” said Mike. “I think it was her master plan to have the kids go to college in New England.”

Mike has been able to attend all 12 games.

“My daughter Ava is in eighth grade and performs at halftime of the football games, so it hasn’t been easy following all three, but we’re doing the best we can,” said Mike. “I never had this much fun and with Joe and what happened (with the scholarship), it’s been an incredible year for our family.”

Joe says the goals haven’t changed. He wants to get out on the field more. He’s currently on three special teams units.

“I want to play as much as I can,” said Joe. “You have to start somewhere and my goal is to improve, learn more and become a better football player. I know now more than ever, this is where I belong.”