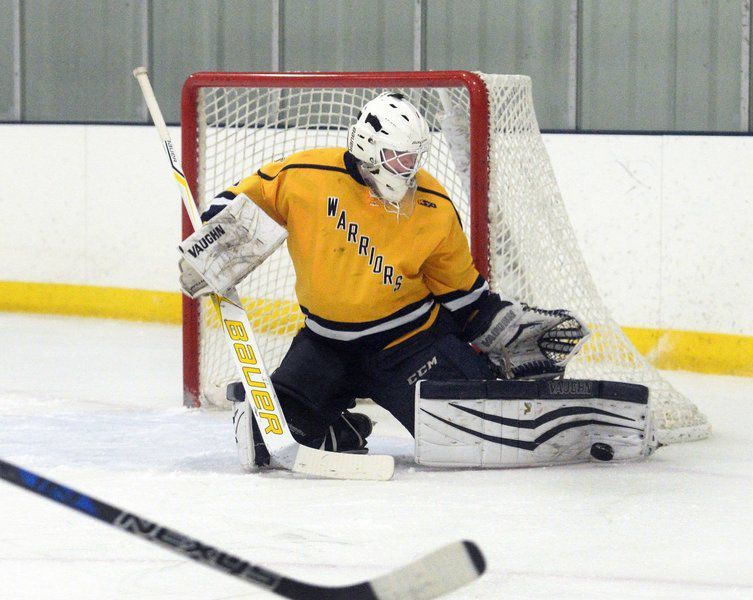 CARL RUSSO/Staff photo.Andover's Cole Chingris was Hockey Night in Boston's top goalie last summer. He is looking to play even better in this summer's tournament. 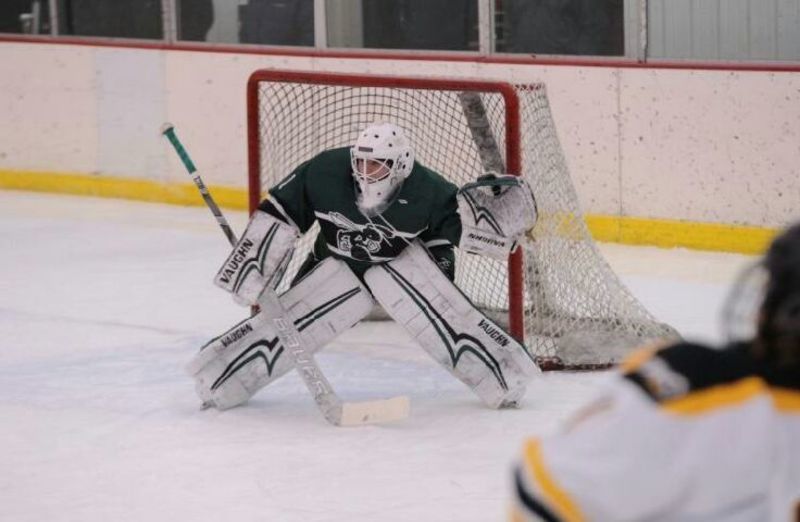 Courtesy PhotoAndover's Cole Chingris eyes a puck for Proctor Academy in the winter. Chingris will play in the Hockey Night in Boston tournament. 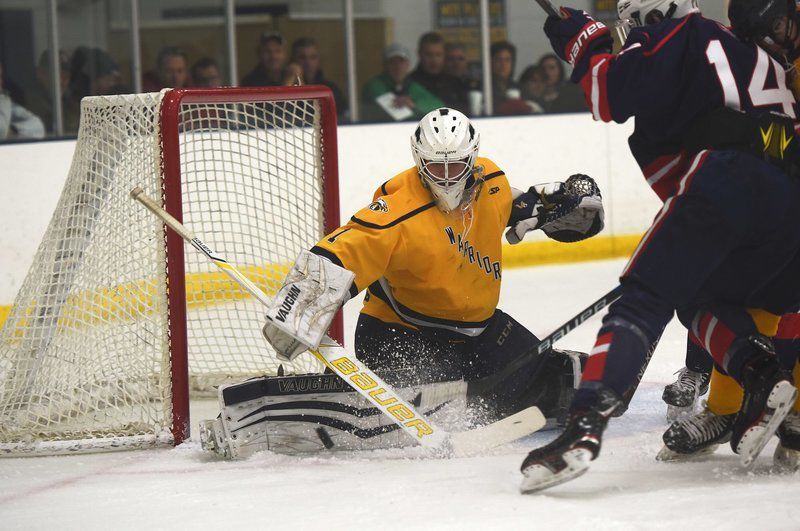 TIM JEAN/Staff photoCole Chingris, here during his time starring for Andover High, is set for another big Hockey Night in Boston campaign.

CARL RUSSO/Staff photo.Andover's Cole Chingris was Hockey Night in Boston's top goalie last summer. He is looking to play even better in this summer's tournament.

Courtesy PhotoAndover's Cole Chingris eyes a puck for Proctor Academy in the winter. Chingris will play in the Hockey Night in Boston tournament.

TIM JEAN/Staff photoCole Chingris, here during his time starring for Andover High, is set for another big Hockey Night in Boston campaign.

Andover’s Cole Chingris has returned to the Merrimack Valley on a mission.

A year after dominating his way to Hockey Night in Boston’s Top Goalie honors, the former Andover High All-Scholastic and current Proctor Academy goaltender is eying an even better follow-up this summer.

“I’m very excited for another Hockey Night in Boston tournament,” said Chingris. “I love playing against the great competition. I’m confident that my success from last year’s tournament will carry over to this year.”

Chingris is playing for the North Shore squad in the 45th annual HNIB Boys Major Showcase. Play was scheduled to kick off on Wednesday, with the semifinals and championship on Sunday. All games will be played at the Valley Forum in Haverhill,

The netminder is looking to top a 2018 summer when he delivered two shutouts and allowed just four goals in six games (a 1.33 goals-against average), on his way to the HNIB top goalie award.

He is also coming off a strong first season at Proctor Academy, where he delivered a 3.08 goals-against average and a .909 save percentage in 22 games.

“I’m eager to play against the kids from the Merrimack Valley that I haven’t played against since I transferred to Proctor last year,” said Chingris. “I’m hopeful that I can match or even exceed the way I performed last summer.”

It was two winters ago that Chingris exploded onto the scene for Andover High.

In his debut varsity season, the then-Golden Warrior junior had eight shutouts and 1.32 goals-against average as Andover earned its first Super 8 berth in program history. He earned All-Scholastic and Eagle-Tribune All-Star honors.

After his huge summer in Hockey Night in Boston — which including allowing one goal in a victory over the Global Selects team from Sweden — Chingris expected to return to Andover High for his senior season.

Just days before the school year was ready to begin, however, Chingris was contacted by Proctor Academy.

“I got the opportunity (to play for Proctor) offered to me just a week before the school year started,” said Chingris. “That made it very hard for me to make my decision since I had such a short period of time to decide. I actually ended up going to the first day of school at Andover High because I wasn’t sure where I was going yet.

“My thought process was that I knew I would be playing against a higher level of competition on the ice, which would elevate my game.”

While Chingris impressed on the ice while repeating his junior year at Proctor, helping the Hornets to a 19-12-1 record, he admitted there were challenges moving from Andover, Mass., to Andover, N.H., where Proctor Academy is located.

“I had to live away from home,” he said. “That was tough because I saw my family a lot less. Another challenge was going to a different school away from all the friends I had made at Andover.”

Chingris found his comfort at the rink, with performances like a 44-save victory over St. Marks and a 32-save shutout of Vermont Academy.

“In my first regular season game for Proctor, I actually played really well against St. Marks,” he said. “I was very excited after winning my first game in prep and that gave me more confidence. I felt like I belonged at that level.”

Chingris is now back in the Merrimack Valley for the summer, and reuniting with a familiar face. The North Shore team is being coached by his former Andover head coach, recently-hired Malden Catholic head man Chris Kuchar.

“I’m very excited to play for coach Kuchar again,” said Chingris. “And I feel that I’ve grown a lot as a goalie. I’ve really learned how to play the position, and I think that I have gotten a lot quicker.”

Once the summer is over, Chingris will turn his attention back to his senior season at Proctor while looking toward college hockey.

“I’m going to have a great team in front of me (at Proctor) and I hope that I catch the eyes of college coaches so I can continue to play hockey throughout college,” he said. “And it would be unreal to win the HNIB tournament.”

Alex Trottier: Having never made a varsity start before this past winter (2018-19), the senior earned All-MVC honors. He tied for the region lead with five shutouts and added a 1.87 goals-against average and .915 save percentage.

Cole Chingris: In his lone season as Andover goalie (2017-18), was an All-Scholastic. He had eight shutouts, a 1.32 goals-against average an .944 save percentage. He’s heading into his senior year at Proctor Academy.

Zach Laramie: In two seasons as Andover’s starter (2015-17) was a two-time All-Scholastic. As a senior he had seven shutouts, 1.38 goals-against average and a .920 save percentage.

Nick Scarpa: Earned All-Scholastic honors as a senior in 2014-15, his only season as Golden Warrior starter. He notched five shutouts, a 1.58 goals-against average and .936 save percentage. He spent the winter as a backup for Northeastern University.