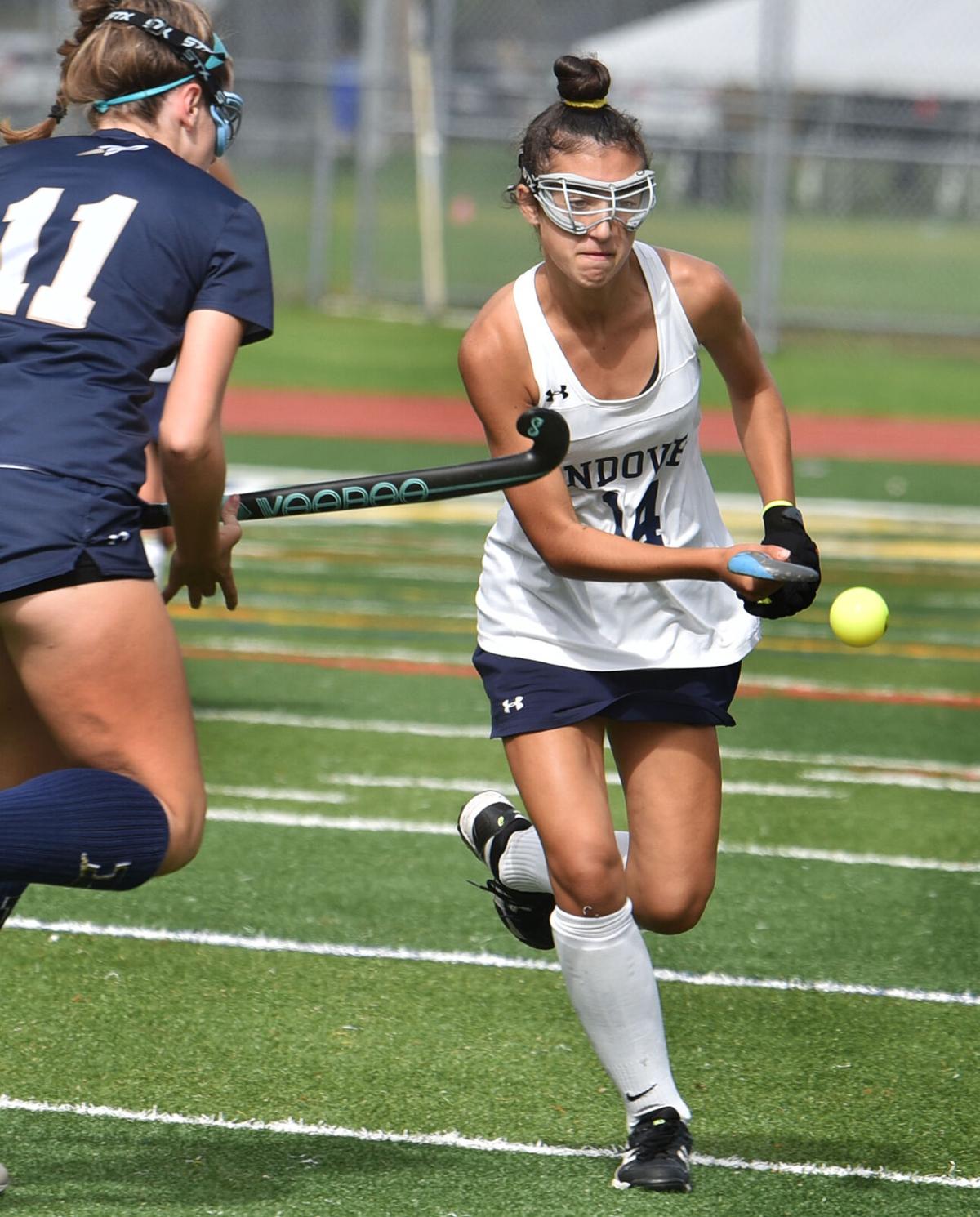 Andover’s Casey Michael chases the ball against Needham last week. The Golden Warriors won to remain undefeated on the season. 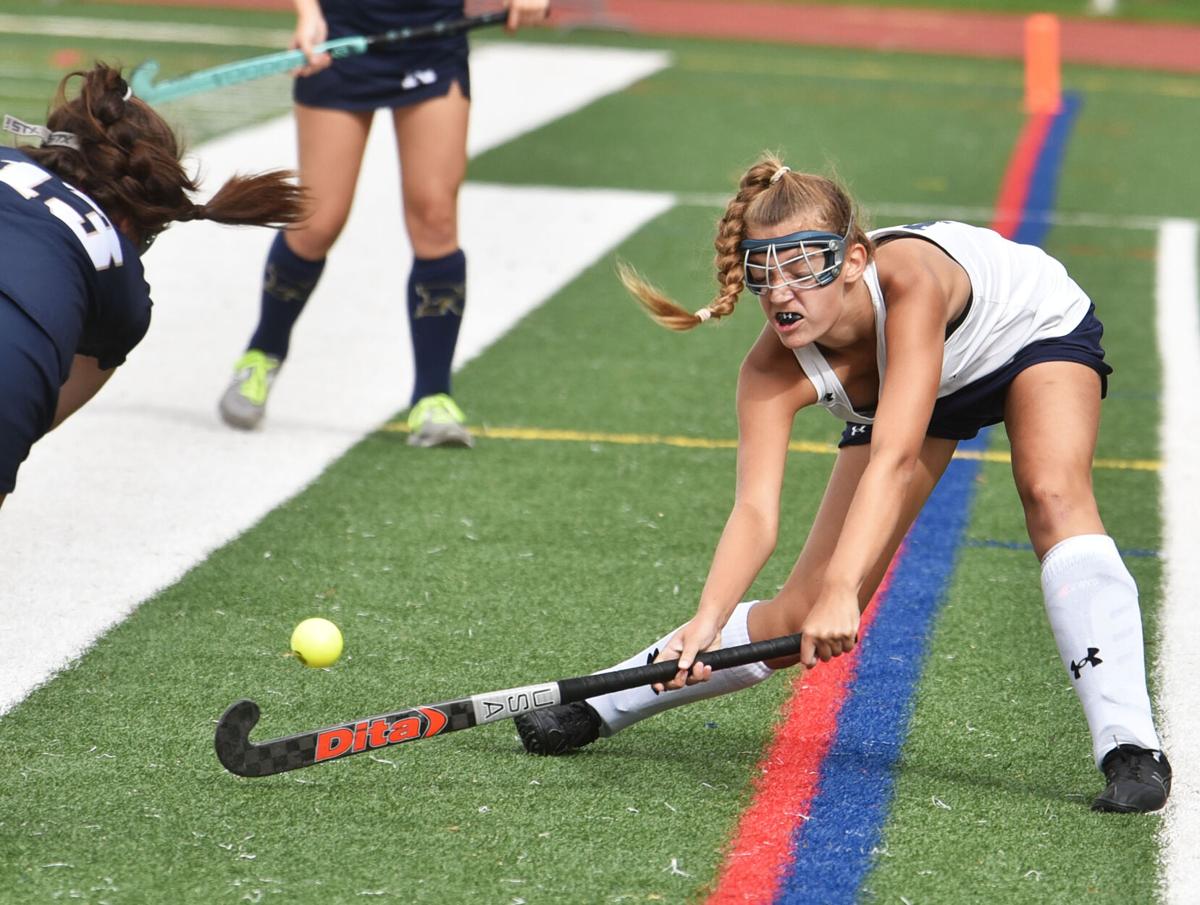 Andover’s Casey Michael chases the ball against Needham last week. The Golden Warriors won to remain undefeated on the season.

Noah Farland placed fourth overall with a 76 to lead Andover to a second-place finish as a team at the Merrimack Valley Conference Open on Friday with a score of 238, behind only North Andover (223).

Nick Ventura tied for fifth (77) and Jack Simms was 23rd (85) to lead the Golden Warrior finishers.

A day after winning his varsity debut against Central Catholic, junior Jack Gruenberg added a big 1-up victory in Andover’s 15-5 win over Belmont last Wednesday. Noah Farland added a 2-and-1 win and Gardner Porter won 3-and-2 for the Golden Warriors (7-7), who clinched a postseason berth with the win.

Molly Kiley and Leila Boudries took the top two spots as Andover remained perfect on the season with a 20-40 win over Lowell last Wednesday. Kiley finished in 18:14 and Boudries was next in at 19:52.

Emma Reilly continued to star with two goals, giving her 15 on the season to go with 18 assists, as Andover (12-0-1) topped Chelmsford 4-1 on Saturday. Casey Michael and Olivia Beucler each added a goal for the winners.

Emma Reilly had a hat trick and Andover rolled past Lowell 6-0 last Wednesday. Haley Carver, Rose Memmolo and Tess Gobiel each added a goal for the winners.

Olivia Beucler scored the game’s lone goal, and it was enough to give Andover a 1-0 victory over rival Needham last Tuesday. The Golden Warriors improved to 10-0-1 with the win.

Sophia Pierce led Andover with 10 kills and 16 service points as the Golden Warriors beat Methuen 3-1 on Saturday. Ava Sipley added 34 assists and 10 digs and Sophia Miele had eight kills for the winners.

Marissa Kobelski tallied team-highs in digs (7) and blocks (3) and added 11 kills and 14 service points to lead Andover to a 3-0 win over Danvers last Tuesday. Sophia Pierce added 12 kills and Olivia Foster had 23 service points for the winners.

Despite 31 assists and 17 digs for Ava Sipley, Andover fell to Tewksbury 3-2 last Wednesday. Marissa Kobelski added 11 kills and four blocks and Sophia Pierce had 22 service points and 14 digs for the Warriors.

Gannon Sylvester made four saves for the shutout as Andover topped Lowell 4-0 last Thursday. Tyler Ardito, Emerson Lund, Nik Previte and Aidan Magner each scored a goal for the winners.

Nil Castro Rovira made four saves as Andover played Shrewsbury to a 0-0 tie on Saturday.