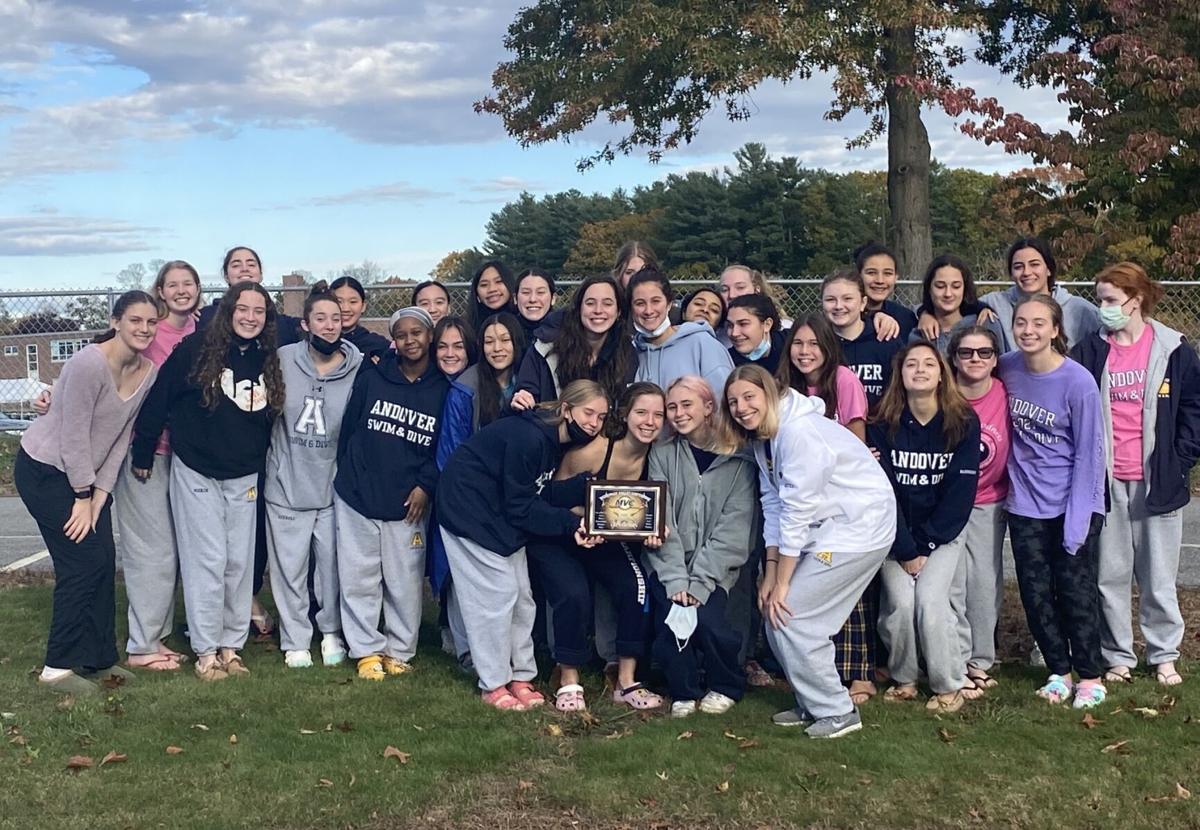 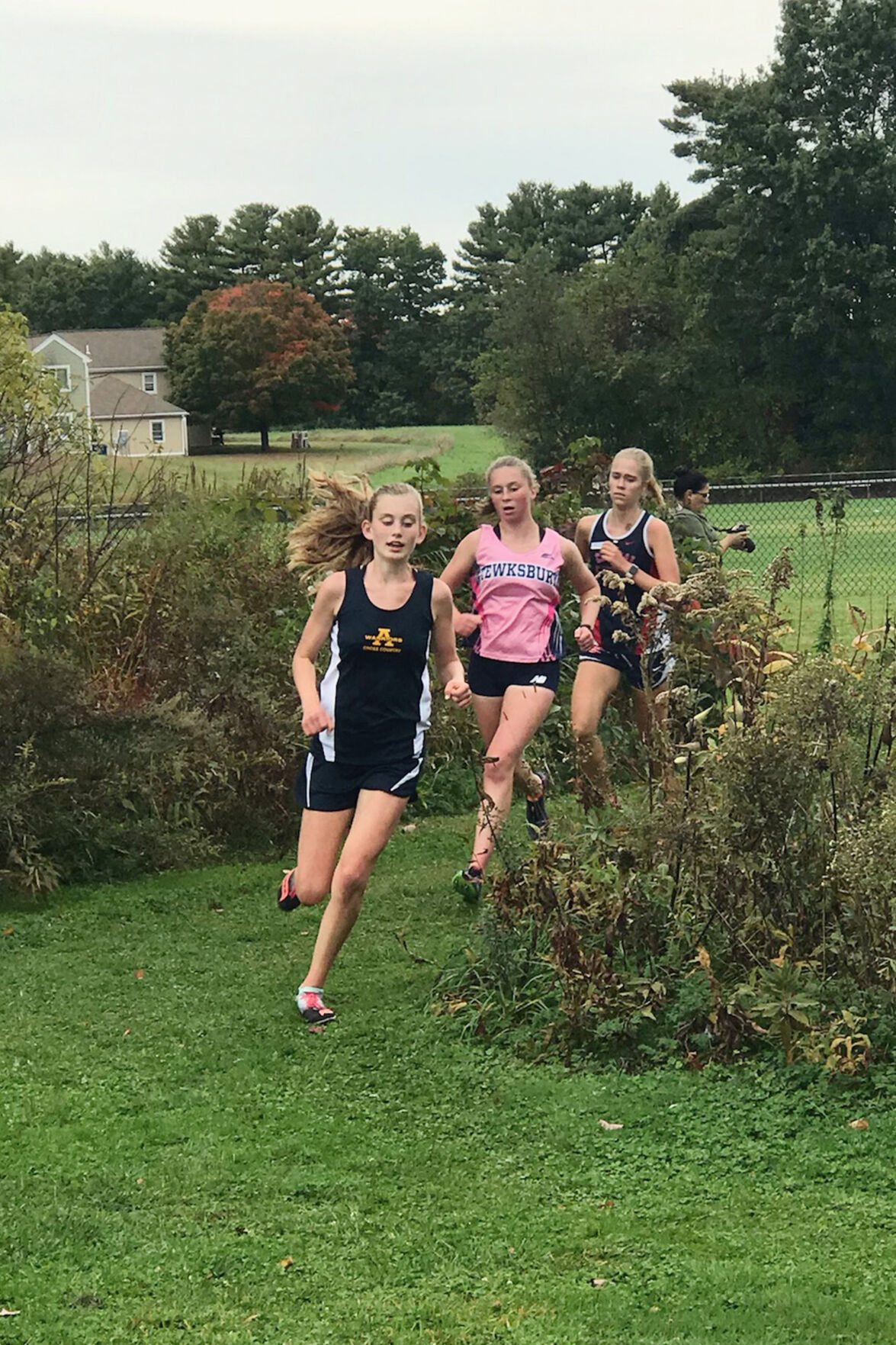 Andover’s Molly Kiley, here in an earlier photo, earned a dominant individual victory at the MVC Championship on Saturday. The Golden Warriors placed second as a team.

Andover’s Molly Kiley, here in an earlier photo, earned a dominant individual victory at the MVC Championship on Saturday. The Golden Warriors placed second as a team.

The regular season might have been up-and-down for the perennial juggernaut Andover High girls swim team, but the Golden Warriors opened the postseason right back where they always are — on top.

Molly Kiley dominated the field, blazing to victory with a time of 18:27 over Tewksbury’s rain-soaked 3.1-mile course — 42 seconds better than the overall No. 2 finisher — as Andover placed second as a team at the Merrimack Valley Conference Meet on Saturday. The Golden Warriors (78) were close behind powerhouse North Andover (52).

After battling to a 0-0 tie the first time they met, Andover got a second half goal from Michaela Buckley on an assist from Schwinn Clanton to nip rival North Andover, 1-0 last Thursday. Ainsley Napolitano made five saves for the shutout.

Lauren Adams, Arianna Schwinn Clanton, Morgan Shirley and Samantha Jenney each scored a goal, sending Andover to a 4-0 win over Lowell on Saturday. Ainsley Napolitano made two saves for her second straight shutout.

Katie Ambrose and Michaela Buckley each scored two goals and Andover rolled past Haverhill 6-2 on Sunday. Samantha Jenney and Lindsey Balfour each added a goal for the Golden Warriors, who improved to 11-4-3 with the win.

Olivia Beucler scored a hat trick, leading Andover to a 5-0 win over North Andover last Tuesday. Bella DiFiore and Emma Reilly each added a goal and Adelaide Weeden needed to make just one save for the shutout.

Behind Ava Sipley’s 17 service points, 22 assists and seven digs, Andover topped Reading 3-0 in Saturday. Sophia Pierce added five kills and seven digs and Marissa Kobelski had eight kills for the Golden Warriors, who improved to 14-6 with the win.

Matt Serrano placed a team-best fourth overall in 16:28 to help Andover placed third as a team at the Merrimack Valley Conference Meet on Saturday. Fellow Golden Warrior Colin Kirn was right behind in fifth (16:32), DJ Walsh was ninth (16:44) and Ian Cox was 26th (17:15). The Golden Warriors finished with a score of 79, not far behind winner and perennial power Lowell (50).

Owen Chanthaboun and Aidan Magner each scored a goal as Andover topped Tewksbury 2-1 on Friday. Gannon Sylvester made seven saves for the victory.

Gannon Sylvester made nine saves as Andover played rival North Andover to a 0-0 tie on Saturday.