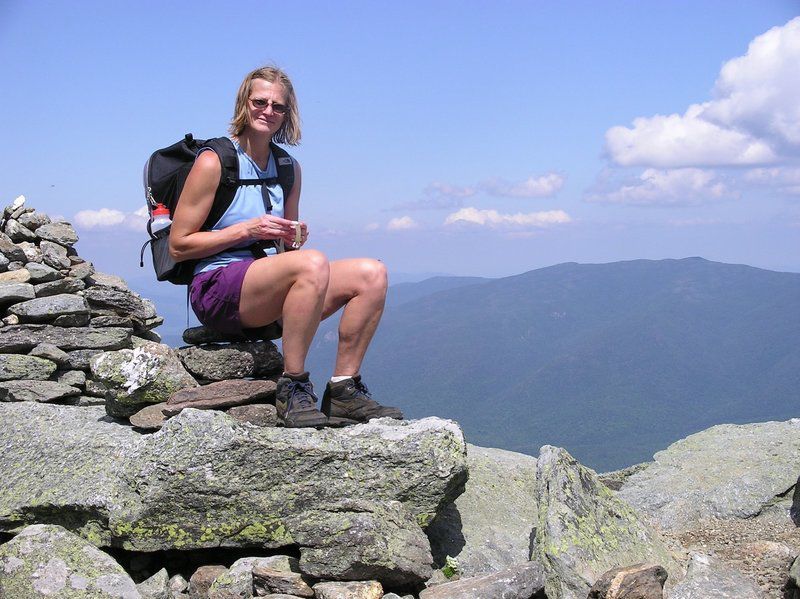 Courtesy photoIn addition to her competitive sports, Andover’s Lisa Doucett is an avid hiker and has hiked all of the 4,000 footers in New Hampshire. 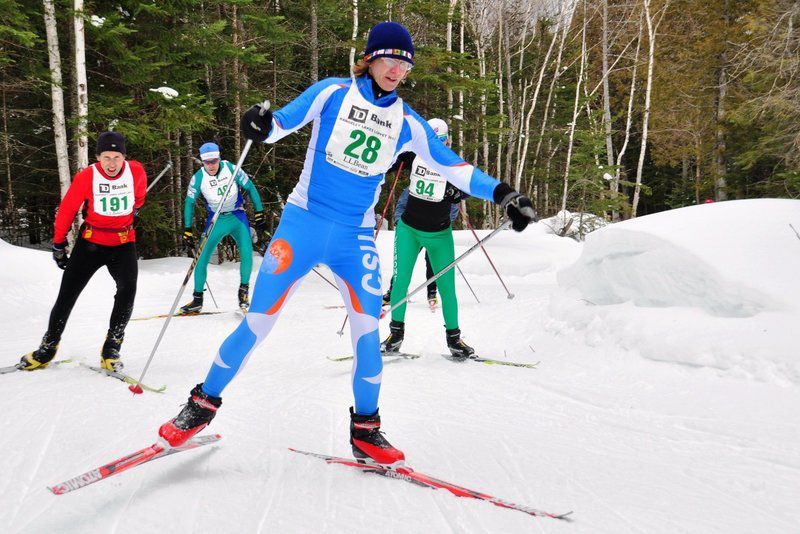 Courtesy photoAmong the sports in which Andover’s Lisa Doucett has diversified is cross country skiing. 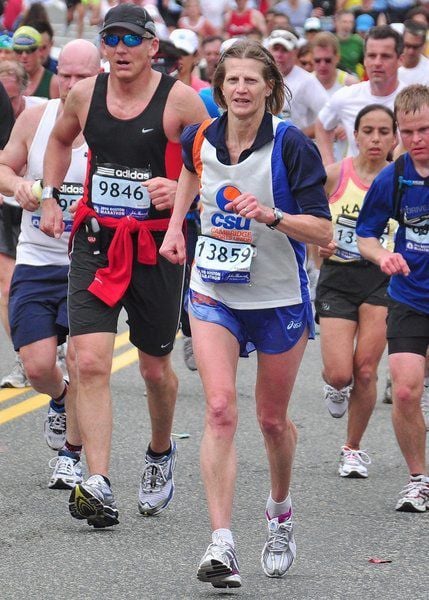 Courtesy photoAndover’s Lisa Doucett was an avid marathoner. But she now participates in multiple sports. 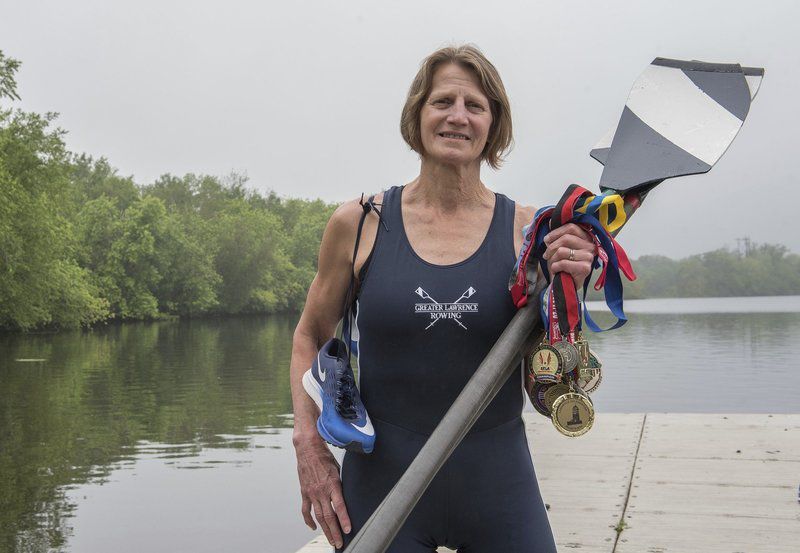 AMANDA SABGA/Staff photoLisa Doucett, of Andover, a multi-sport athlete, poses with her oars at the Greater Lawrence Community Boating facility, where she rows.

Courtesy photoIn addition to her competitive sports, Andover’s Lisa Doucett is an avid hiker and has hiked all of the 4,000 footers in New Hampshire.

Courtesy photoAmong the sports in which Andover’s Lisa Doucett has diversified is cross country skiing.

Courtesy photoAndover’s Lisa Doucett was an avid marathoner. But she now participates in multiple sports.

AMANDA SABGA/Staff photoLisa Doucett, of Andover, a multi-sport athlete, poses with her oars at the Greater Lawrence Community Boating facility, where she rows.

Sometimes, when it comes to running, training less can be a positive.

That might be difficult for many avid, hard core runners to believe, but there are plenty of examples to back that up, with Andover’s 63-year-old Lisa Doucett is a prime one.

Years ago, Doucett would rarely miss a day hitting the pavement stride after stride. She averaged 40-50 miles a week and would run up that to about 60 when she was training for marathons, of which she’s run more than 50.

Now look at her. She only runs a couple of times a week and averages 10-15 miles a week. It would appear like she’s slowing down.

But appearances can be deceiving, as Doucett proved June 15th when she ran in her 26th Mount Washington Road Race, the grueling 7.6-mile uphill climb, and finished second in her 60-64 age group with a time of 1:49:42, only beaten by a woman who recently turned 60.

“I felt I did all right, but I could have done better,” said Doucett.

Maybe, but don’t expect Doucett to increase her training miles in an attempt to do any better. She’s a firm believer in cross training, both for its positive effects on running and as other forums for competition.

“About 10 years ago, I stopped running so much and decided to diversify,” said Doucett. “It was the right decision. I enjoy doing other things and I think it keeps me fresher for running. And, for me, doing a variety of sports helps me stay outdoors even though the weather might not be great. I prefer getting out on the road or trail than any indoor workout.”

Once she decided to diversify, Doucett really branched out, into biking, swimming (and, yes, triathlons), rowing and cross country skiing.

Of those diverse sports, rowing has probably become her biggest non-running passion. She did some in the 1970s, took a long break and then resumed it, first with the Greater Lawrence club and then with the Community Rowing Inc. (CRI) team out of Brighton.

From May to October, she compete in regattas for Community Rowing, including the Head of the Charles, and she trains twice a week from 5-7 a.m. on the Charles.

“I enjoy it a lot and I think the rowing really helps with the mountain running,” said the 5-foot-8 Doucett. “It builds up your strength.”

Mountain running could be Doucett’s strongest activity. She has a best time at Mount Washington of 1:34:92, run in 1999, and she won the masters division of the USA Track and Field New England Running Circuit three straight years.

“You get in the mindset (for mountain racing) of ‘just keep going’ and that’s something I can do,” she said. “I’m not fast for the short stuff and the really long stuff I’m not sure I have the mental endurance,” said Doucett. “But for races from about 10K to 10 miles I can do.”

Actually, Doucett can do much more as she’s shown with her rowing, which includes sprints competitions, marathons (a best time of 3:11 while running Boston 25 times) and cross country skiing races of various distances.

“I try to get better at whatever I am doing and the only way to really measure that is to see how you are doing versus others in your age group and sport,” she said. “I have had to adjust my expectations as I get older so it is positive reinforcement for me to be able to hold my own in running and ski races or as a team member at rowing regattas.”

Oh, and for non-competitive fun, she’s hiked all of the 4,000-footers in New Hampshire as well as hiked at numerous National Parks including Bryce, Glacier and Zion.

It’s a lot of exercise anyway you look at it but, by switching things up, Doucett doesn’t seem to notice. And it keeps her energy and enthusiasm at high levels, which is where she plans on keeping it as long as possible.