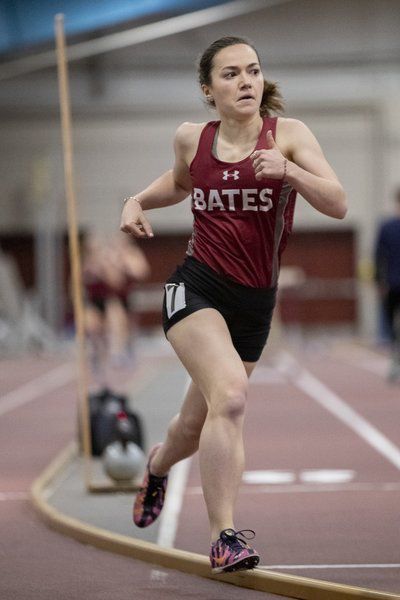 Phyllis Graber Jensen of Bates College/Courtesy photoAndover’s Sarah Rothmann ran for Bates College for 12 straight seasons, earning All-American status on a relay as a sophomore, Academic All-American for three years and was a three-season captain as a senior. 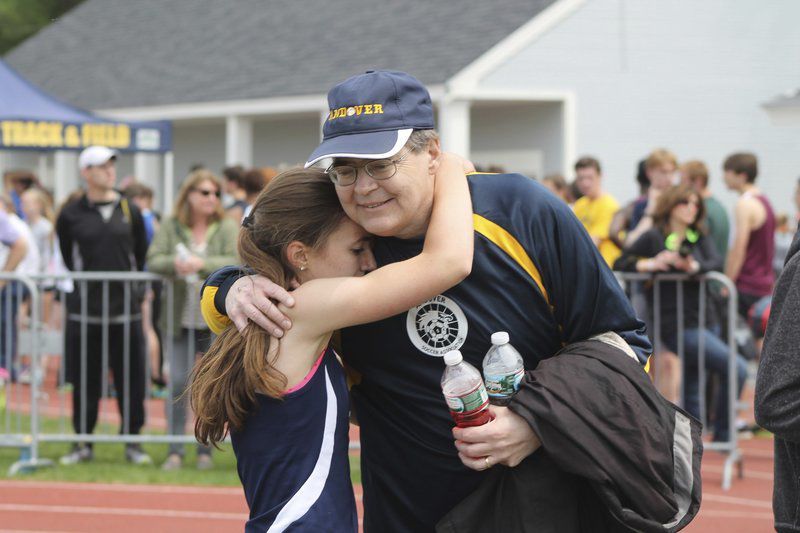 Courtesy photoAndover’s Sarah Rothmann with her father, Steve, after the Division 1 state meet when she was in high school. Steve passed away just days later. 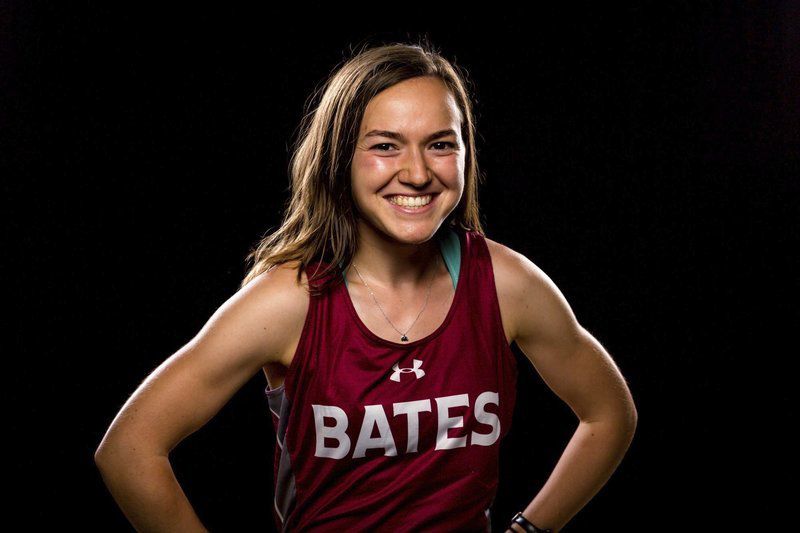 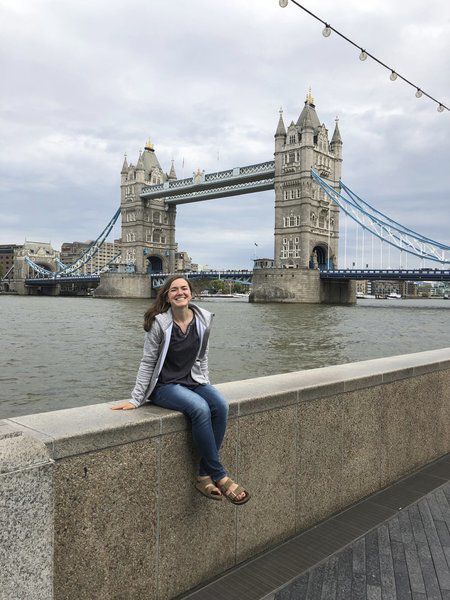 Courtesy photoAndover’s Sarah Rothmann, in London as part of a Bates College program, will be teaching English in the Czech Republic during the next school year.

Phyllis Graber Jensen of Bates College/Courtesy photoAndover’s Sarah Rothmann ran for Bates College for 12 straight seasons, earning All-American status on a relay as a sophomore, Academic All-American for three years and was a three-season captain as a senior.

Courtesy photoAndover’s Sarah Rothmann with her father, Steve, after the Division 1 state meet when she was in high school. Steve passed away just days later.

Courtesy photoAndover’s Sarah Rothmann, in London as part of a Bates College program, will be teaching English in the Czech Republic during the next school year.

The journey has not been easy for Andover’s Sarah Rothmann, but it has been rewarding.

Nearly four years ago, she headed off to Bates College in a bad state. Just three months earlier, her beloved father, Steve, passed away, and she had a difficult time dealing with it.

A four-year standout in cross country and track for Andover High, she had been looking forward to running at Bates, but the family tragedy had her wavering.

“I considered not running at all, I was so down, but running had been such a big part of my life I couldn’t imagine not doing it and I didn’t think my father would have wanted me to stop,” said Rothmann, the second oldest of seven siblings.

So Rothmann went out for cross country and track at Bates, but it didn’t go well.

“I had a lot of grief and I think I was in denial,” she said. “I was stressed and I couldn’t run with any energy. My times were slower than in high school, by almost a minute.”

The slowdown in times and the frustration that resulted, as well as a general lack of enthusiasm, made Rothmann consider hanging up her spikes. But she’s not a quitter and she gradually came to reevaluate her approach to running and being a member of the cross country and track teams.

“I had always been so concerned with races and my times, and I started to realize that running is so much more than that,” she said. “It’s more about being healthy, being part of a team, building relationships, learning about yourself.

“I also realized that I had to be more balanced in my life, that there is more to it than running and I had to take advantage of the opportunities I had at Bates.”

And that’s exactly what the 22-year-old Rothman has done. An education major, she became more focused on her academics, to the point that she has a 3.9 GPA and has been an Academic All-American three times. She also spent a month in London studying Shakespeare.

At the same time, she started writing sports for the student newspaper, becoming sports editor as a junior and earning so much respect that she became Editor in Chief of the entire paper for this, her senior year.

Topping it off, Rothmann applied for a prestigious Fullbright Scholarship and last month got accepted. She will be teaching English at a school in the Czech Republic next year.

As she brought more balance into her life, Rothmann’s running career took an upturn. She became one of the top runners on the Bates cross country team and, in track, was a member of several outstanding relay teams. And last year, she had a personal best time of 4:47 in the 1,500 meters. She was a captain in both cross country and track this year.

“I want to do my best and I’m always trying to get a PR in my events, but I don’t obsess about it,” she said. “I feel there are other things more important now.”

A LOOK BACK, AHEAD

Looking back, Rothmann ranks her time at the student newspaper this year as perhaps the most satisfying thing she’s done at Bates.

“But then when the paper is published, it can be exhilarating and so rewarding. ... And then you have to keep producing!”

Still, Rothmann’s love of running continues and she hopes to translate that in a positive way next year in the Czech Republic.

“I’m going to start a running club at the school,” she said. “I’ve found that having a team is so important for building friendships and I think running develops strong bonds. I’ll be using running as just one way to help my students.

“I’m interested in coaching and this could be a good first step.”

Throughout it all, Rothmann can’t quite let go of all the grief of losing her father at such a young age. But she does have a healthier, different perspective.

“I don’t think it’ll ever get easier because I always remember how things were with him in high school,” said Rothmann. “But it can also be uplifting to think of how proud he’d be of what I’ve done in running and also the other things I do, how I’ve rounded out my experiences.”

Bates cross country and track coach Jennifer Hartshorn can appreciate that sentiment and then some.

“Sarah has been an awesome contributor to our program for four years and will certainly leave a lasting impact when she graduates,” said Hartshorn. “She was a captain for all three seasons this year and the only one in her class to be on varsity for cross country for all four years. Two of these teams made the NCAA meet.

“She was also an All-American in the distance medley relay as a sophomore. What is more impressive is how engrossed Sarah is in the greater Bates community.”