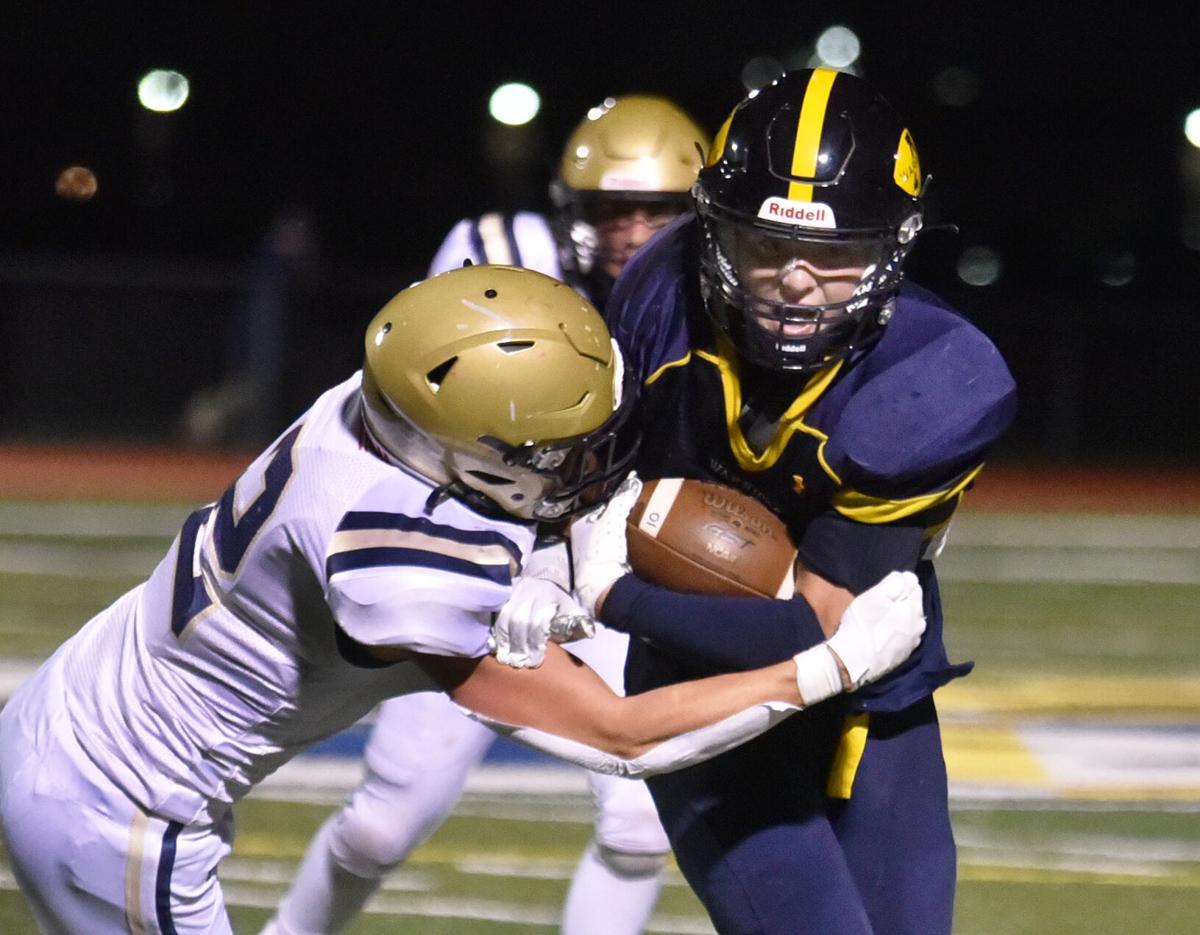 Andover’s Lincoln Beal, here against Shrewsbury, ran for a season-high three touchdowns in a win over Lowell on Friday. 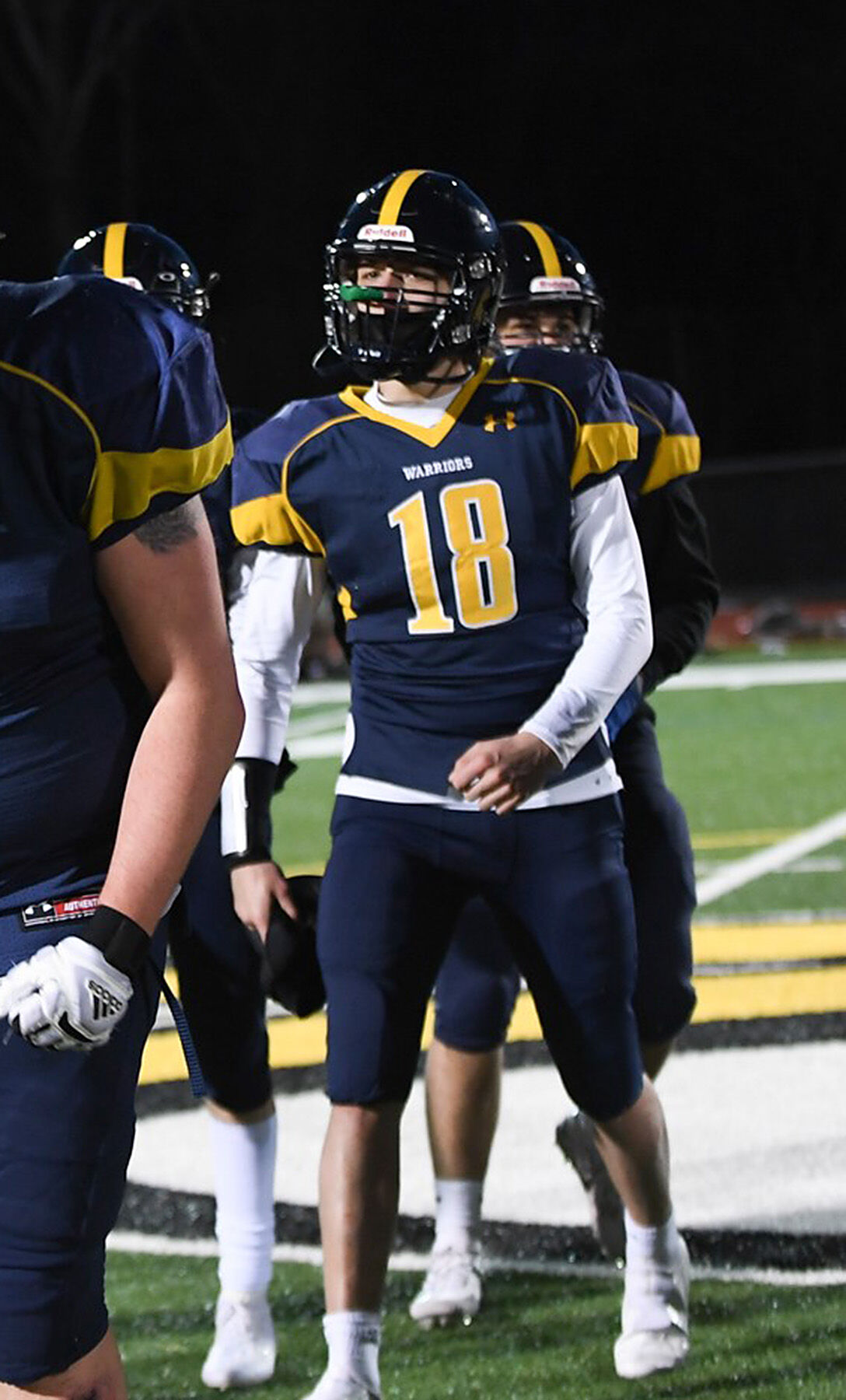 Will Sheehan, here last season, made a team-high eight tackles and 1.5 sacks against Lowell on Friday.

Andover’s Lincoln Beal, here against Shrewsbury, ran for a season-high three touchdowns in a win over Lowell on Friday.

Will Sheehan, here last season, made a team-high eight tackles and 1.5 sacks against Lowell on Friday.

LOWELL — After a rocky few weeks, the Andover football team has seems to have found its groove as the postseason approaches.

Trailing by eight points at halftime, the Golden Warriors scored the next four touchdowns on the way to beating a tough Lowell squad 35-21 on Friday night.

“It was a great win,” said Golden Warriors head coach EJ Perry. “We were down 14-6 at halftime. Then we came out, got a big stop and scored the next (29) points. If we keep playing the type of football we played in the second half (Friday), we are very dangerous.”

The win improved Andover to 4-3, putting the Golden Warriors in a strong position for a playoff spot with one game left in the regular season, hosting MVC Division 2 foe Tewksbury (6-1) on Friday (7 p.m.)

Lowell took the lead early in the first quarter, but Andover struck back when Lincoln Beal plunged in for a 1-yard touchdown late in the first frame.

Then, in the second half, the Golden Warriors really went to work.

Andover tied it up in the third quarter, when QB Scotty Brown hit Brett Mondejar for a 12-yard touchdown.

Beal opened the fourth quarter with another 1-yard touchdown run to give the Golden Warriors the lead, then broke away for a 48-yard score to pad the advantage.

Backup running back Patrick Layman than iced the victory, taking his second carry of the game 70 yards for a touchdown. Lowell broke up the second half shutout with a TD on the final play of the game.

Beal was once again a force, carrying 17 times for 120 yards and the season-high three scores and catching three passes for 61 yards. It was the junior’s fourth 100-plus yard rushing game on the season, and he has now run for 673 yards and 10 touchdowns this fall.

Brown added 57 rushing yards and threw for 130 yards, giving him 882 passing yards for the season.

“Lincoln and Scotty were immense,” said Perry. “Scotty also had to play safety because of an injury, and that isn’t easy against Lowell’s wing-T offense. Patrick Layman and our offensive line also really stepped up with that big win.”

Will Sheehan made a team-high eight tackles, including 1.5 sacks. Linebacker Patrick Cote, the son of a Lowell High graduate, and Beal each added seven tackles while Brian McSweeney (5 tackles) also excelled at linebacker for Andover. Sam Joseph also had five tackles.

Liam Finn moved to center and played well, while Stephen Medeiros moved from JV to excel on the offensive and defensive line.

“It was a great all-around win,” said Perry. “A lot of kids stepped up, especially the young kids. We played tough, and are feel good.”