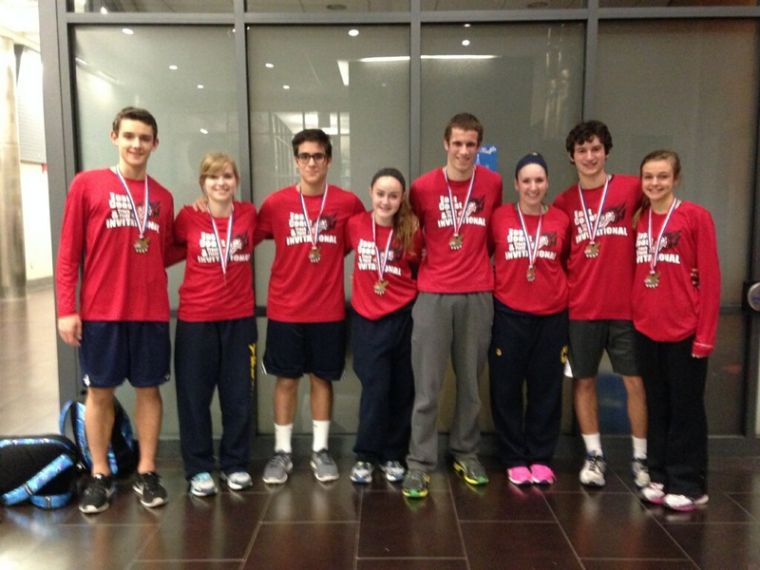 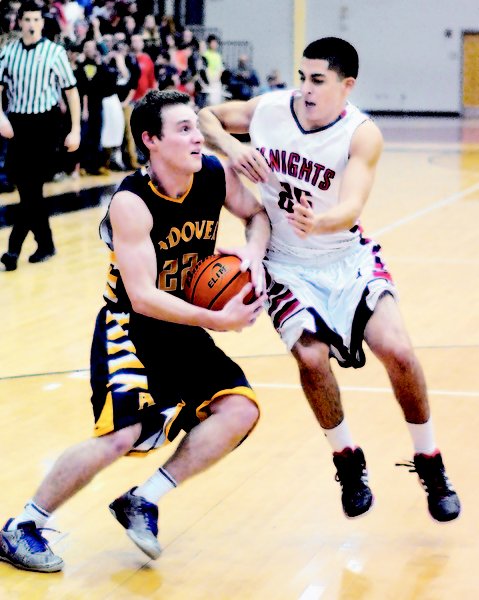 The team of Sebastian Silveria, Justin Mantara, Andrew Matteucci and Sean Caveney won the shuttle hurdles in 32.05 at the East Coast Invitational in Providence, R.I. last Saturday. The time qualified them for nationals.

Kevin Chen won the 55-meter dash in 6.7 and Andrew Matteucci took the 55 hurdles in 7.8, but Andover fell to North Andover 46-40 last Wednesday. Sebastian Silveira won the 600, Hamza Naveed took the 300 and they both ran on the winning 4x400 relay.

The foursome of Hannah Chapman, Lizzie Kobelski, Courtney Comeau and Jill Gamanche ran a 35.19 to take first in the shuttle hurdles at the East Coast Invitational in Providence, R.I. on Saturday. The time qualified them for Nationals.

Lizzie Kobelski won the 55-meter hurdles in 9.1 and Hannah Ameen made it a sprint sweep by taking the 55 dash in 7.5, but Andover lost to North Andover 48-38 last Wednesday. Leila Aruri won the mile and Michelle Gencorelli took the 300 for the Warriors.

Julia Ganley placed second overall in 22.94 and Sylvia Leung was eighth in 24.21 to lead Andover to a 125-10 victory over Haverhill last Monday. Also for the Golden Warriors, Olivia Lawlor was 11th and Jackie Drew was 15th.

Colleen Caveney hit a trio of 3-pointers on her way to 20 points and Andover edged rival North Andover 47-46 on Friday. Jess Witten had eight points, Rachel Cormier added seven points and Rebecca Alois had six points for the winners.

Colleen Caveney continued to surge with 21 points to lead Andover past Tewksbury 57-43 last Tuesday, Jan. 14. Jessica Witten chipped in with 15 points, Rachel Cormier had nine points and Rebecca Alois had eight points for the winners.

Andover fell to Acton-Boxboro 47-38 on Sunday, a game postponed a day due to snow.

David Giribaldi netted 24 points and Ben Brown added 12 points to lead Andover past Tewksbury 71-52 last Tuesday, Jan. 14, E.J. Perry IV added 12 points of his own and John Pisacreta chipped in with nine points for the winners.

Behind wins in the beam, floor exercise and all-around for Courtney Carver, Andover beat Dracut 138.4-118.6 last Tuesday, Jan. 14. Jessie Livingston won the vault and bars and Rachel Cadet was second in the vault and third in the bars.

Despite Jessie Livingston’s victories in the bars, beam and all-around, Andover suffered its first loss of the season, falling to Newton South 141.6-140.8 last Wednesday. Courtney Carver added wins in the vault and floor exercise.

Joseph Aranov continued to dominate, sweeping all of the events and winning the all-around with a 45.7 as Andover bested Braintree 160-127 last Thursday. Dan Harvey added seconds in the parallel bars, high bar, pommel horse and all-around and Brian McDonough was second in the vault and floor exercise.

Despite a victory by pin at 132 pounds by Matt Marcotte, Andover lost to Chelmsford 48-6 last Wednesday.