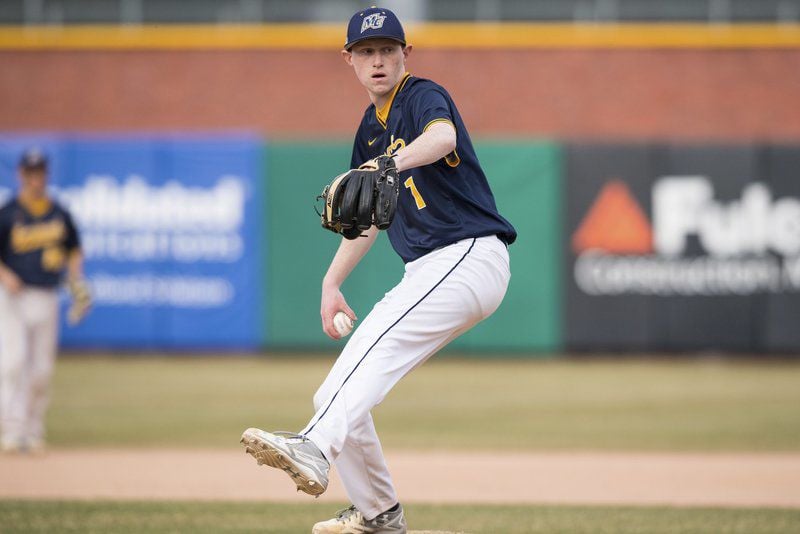 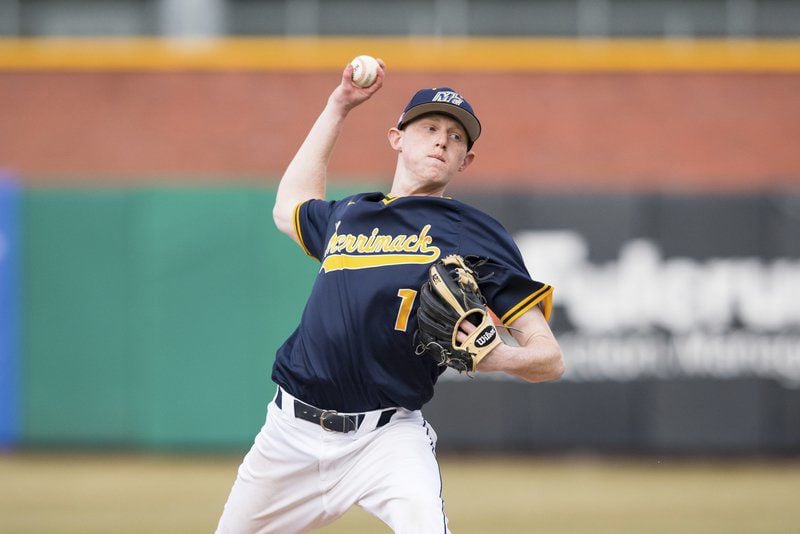 Throughout his stellar baseball career at Andover High School, Timmy Kalantzakos was primarily an outfielder.

His pitching experience came, primarily, with the Andover Legion team and occasional spot duty for the Golden Warriors.

But that was enough to convince the coaches at Merrimack College to take a chance on him, and Kalantzakos hasn’t disappointed.

From relief duty early in his freshman year, Kalantzakos worked his way into the rotation down the stretch last year, and came up big in some vital games, helping Merrimack reach the NCAA tournament.

Now, as a sophomore, Kalantzakos is one of the Warriors’ go-to starters as they try to go beyond what they accomplished last year.

The righty enters the week with a sparkling 6-1 record, with a 2.01 earned run average and 56 strikeouts in 67 innings pitched.

“I’m still kind of new to pitching,” Kalantzakos said. “Having this much success early on, it’s really great.”

Kalantzakos got the offer to go to Merrimack after his junior year of high school, and said he basically didn’t consider other schools. His mind was already made up.

He said there wasn’t a promise of immediate playing time, but that was how he wanted it. Kalantzakos’ goal was to prove he belonged right away, and he did just that.

Operating out of the bullpen for the first half of the season, Kalantzakos was handed his first start against American International College on April 5, 2018.

Kalantzakos pitched six innings that day, earning the win in a 12-4 victory. With more games ahead and the need to expand the rotation, Kalantzakos became a staple for Merrimack.

Few games were bigger than a NE-10 conference tournament elimination game against Southern New Hampshire University on May 11. Needing to keep their season alive, the Warriors turned to Kalantzakos.

Kalantzakos, in turn, delivered a complete game effort, allowing just two runs on eight hits, striking out five. Merrimack went on to beat New Haven in the championship and clinch a bid to the NCAA tournament.

Despite already seeing some success from the bullpen and in his earlier starts, that day has been a springboard for everything Kalantzakos has done since, and plenty of what he’ll do in the future.

“The Southern New Hampshire game was definitely the biggest moment for me,” Kalantzakos said. “That really played over into this year. If I’m going to beat the No. 4 team in the country last year, why can’t I beat anyone this year?”

Kalantzakos finished his freshman year 3-1 with a 4.67 ERA over six starts and 15 total appearances.

His 2.01 ERA this spring is second-best for Merrimack, and he leads the team in strikeouts (56), innings (67) and is tied for the team-lead in wins. Batters are hitting a measly .222 against Kalantzakos so far this season, as he’s played his part in Merrimack’s 25-14 start.

The season began with a poor outing from Kalantzakos, coming against Davenport College on Feb. 24, in which he allowed five runs in just 2.1 innings of work.

Since then, though, everything has been clicking, and there’s a growing confidence in the sophomore each time he steps on the rubber.

“The first start I had, I actually didn’t do very well,” Kalantzakos said. “I kind of had to bounce back from that. Every game, I go out there now and feel like I’m going to give a quality start and help my team win.”

At this point one season ago, Kalantzakos had only recently made the first start of his Merrimack career. Now, he’s one of the Warriors’ key pieces as they chase another NE-10 championship and a bid to the NCAA tournament ahead of next year’s move to Division 1.

While things have happened pretty fast for the Andover graduate, and, at times, the success has been unexpected, his goals remain the same.

“I just want to win every game,” Kalantzakos said. “If that happens, I think that will help the team goal of winning another championship and going further than we did last year. I just want to keep the runners from scoring.”