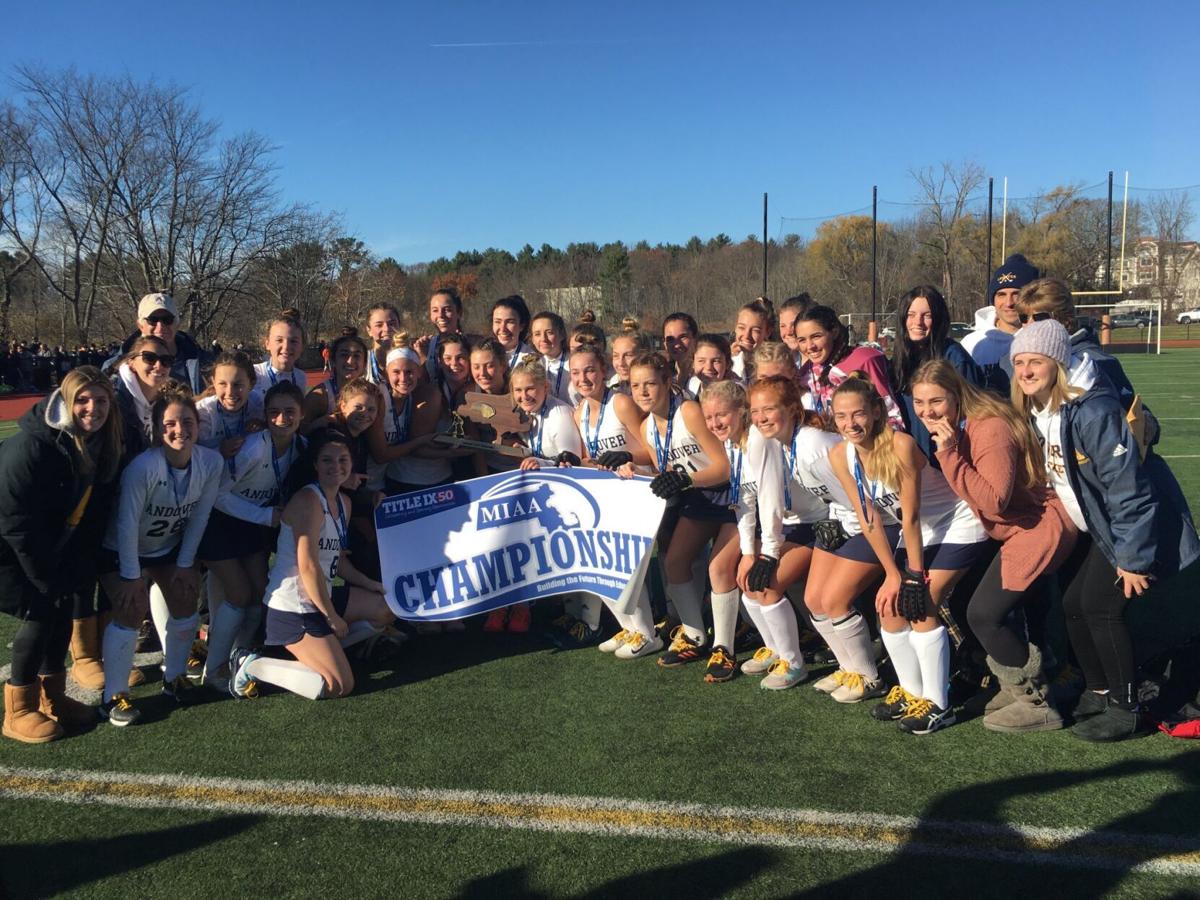 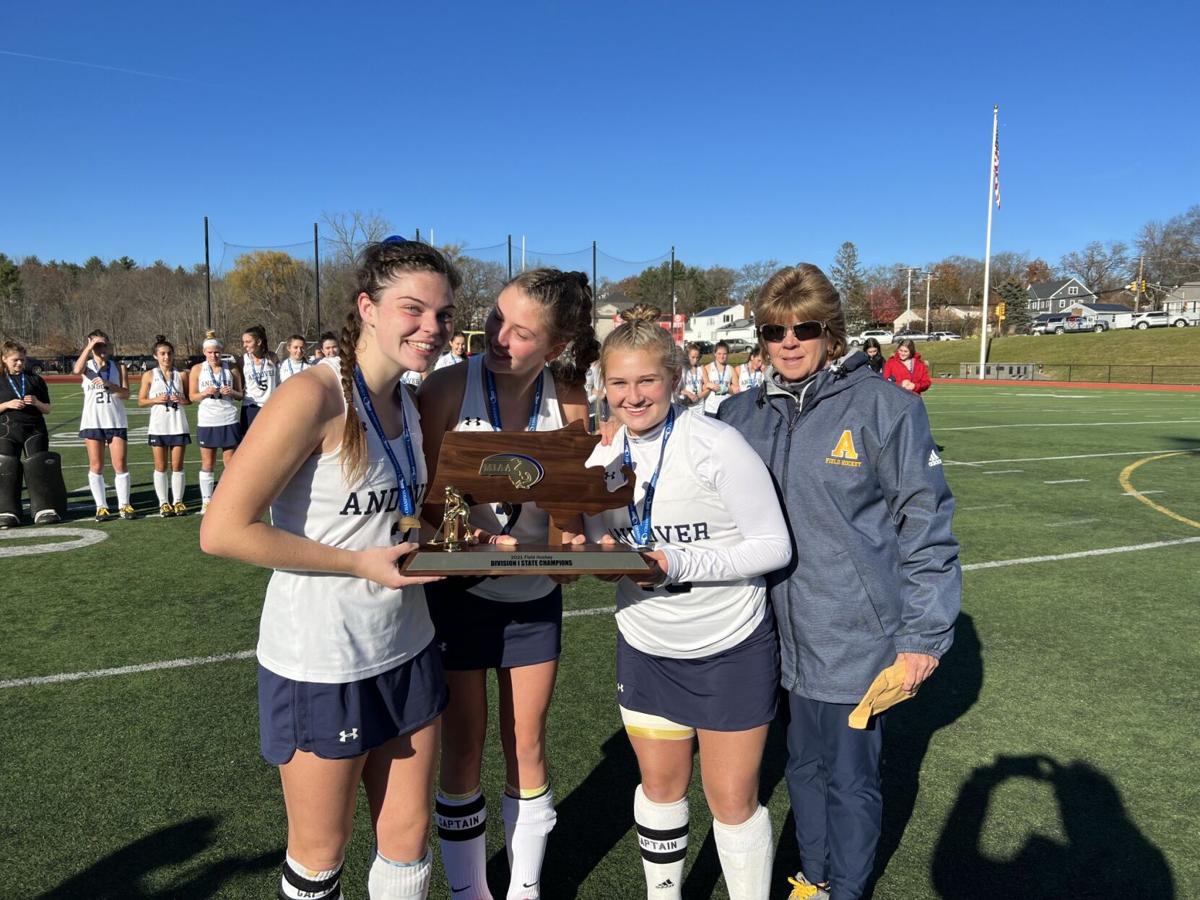 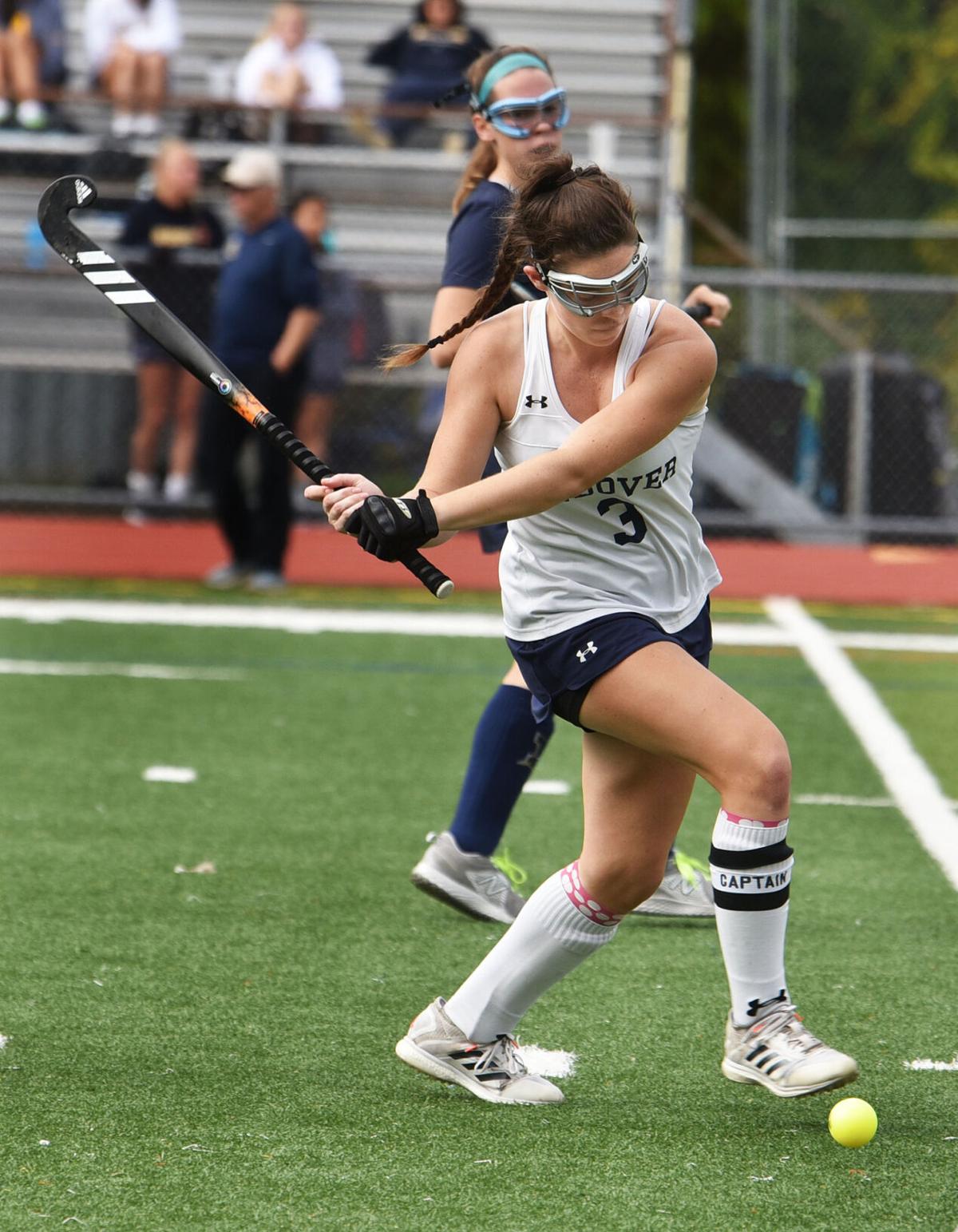 Emma Reilly was the hero again. Her penalty stroke goal was the difference as Andover beat Walpole to win the state title. 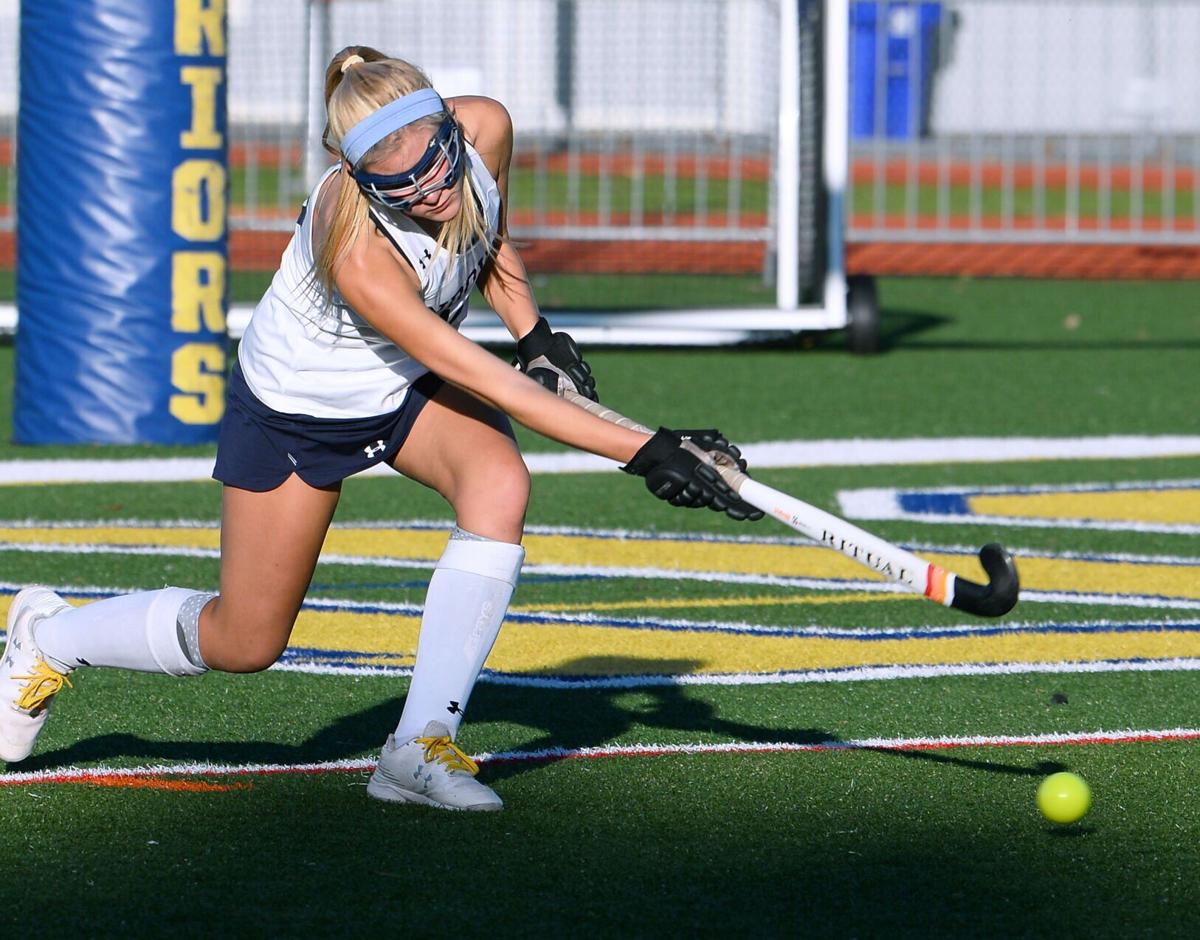 Emma Reilly was the hero again. Her penalty stroke goal was the difference as Andover beat Walpole to win the state title.

BURLINGTON — An iron-clad defense was the calling card of the Andover High field hockey team throughout the 2021 season.

But as stingy as their defense had been through the first 21 games, the top-seeded Golden Warriors saved their best for last.

It’s the Golden Warriors fourth state championship and first since 2017.

The lone goal of the game came on a penalty stroke by Emma Reilly, with no time left on the clock at the end of the first quarter.

Second-seeded Walpole (22-1-0) came into the final having averaged nearly five goals per game in their four tournament wins. Andover (21-0-1) not only posted their fifth straight shutout of the tournament, it held its opponent without a single shot on goal.

“They always know where they are supposed to be. I didn’t face any shots today, so that is all thanks to the defense, they did a phenomenal job, as always,” said Weeden.

Surveying her half of the field like a general, Weeden could be heard throughout the game shouting encouragement to her defense and sounding a cadence with the now-familiar banging of her stick against the walls of the cage between plays.

“I think every time the ball gets past (midfield), I’m constantly in communication with the defense and the defense knows where to go and what to do. My job is just to keep them focused,” said Weeden. “And the freshman (Herlihy) coming in, she did an amazing job. She came in (as a starter) for a semifinals game and absolutely killed it.”

Herlihy was inserted into the starting lineup when all-star back Abby Miller suffered a hamstring injury in Andover’s quarterfinal win over Shrewsbury. Coach Maureen Noone reconfigured her defense, adding Herlihy as a sweeper. The rookie was more than up to the task.

“You have a little freshman at the top of the circle and she has nerves of steel,” said Noone. “All we told her to do was just sweep balls out, just not let anyone get in there and I thought she did an amazing job.”

Herlihy’s job was made much easier by the rock solid play of Brockelman, Broderick and MacLean. Every time Walpole snipers Jess Tosone and Lauren Wong tried to attack, they were met head on by a white jersey sporting either a 20, 21 or 24.

“They know how to play off of each other and move around,” said Noone. “I thought Ella Brockelman did a great job just keeping balls from going through the middle and just sending them up through the side.”

As well as the Andover defense played, Walpole’s was almost as good. The Golden Warriors enjoyed 10 corners but were only able to put four shots on goal.

“We knew defensively they had some quick kids, some tough kids. Their flyer comes up so high and the trail comes up high, so getting a direct shot was not going to be easy,” said Noone.

Andover’s offensive pressure came in flurries. The first came in the final two minutes of the first quarter. The Warriors pressed the attack and got three straight penalty corners for their efforts, as Walpole scrambled and struggled to clear the zone.

Off the third corner, Reilly maneuvered in front of the cage and looked to have a clear shot when she was pushed from behind by a Walpole defender as time expired.

Because it was a repeat violation, Reilly was awarded a penalty stroke with none time on the clock. The talented junior made it count, beating goalie Madison Clark low to her right for her 28th goal of the year and a 1-0 lead.

“I practice strokes with Adelaide in every practice, so I just had confidence in my ability (to score),” said Reilly. “I thought it could have been a card instead of a stroke, that’s sometimes what happens in those situations, but I think maybe because of my proximity to the goal, combined with the push is why (a stroke was awarded).”