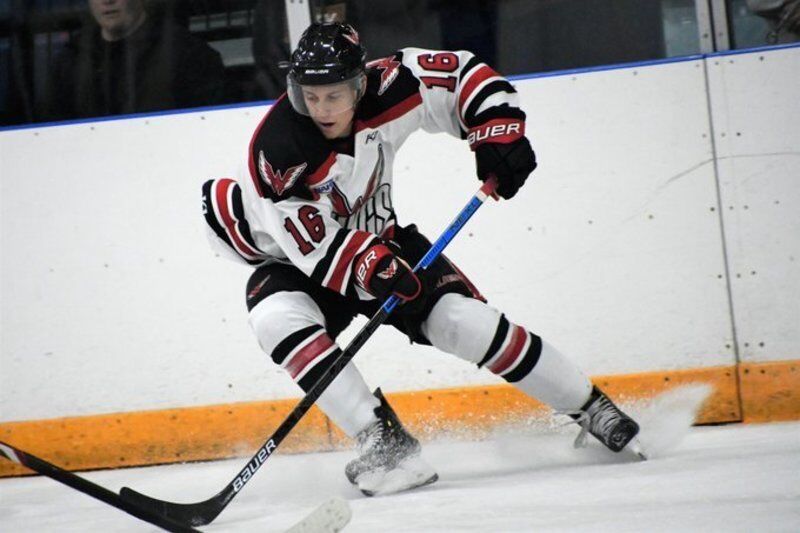 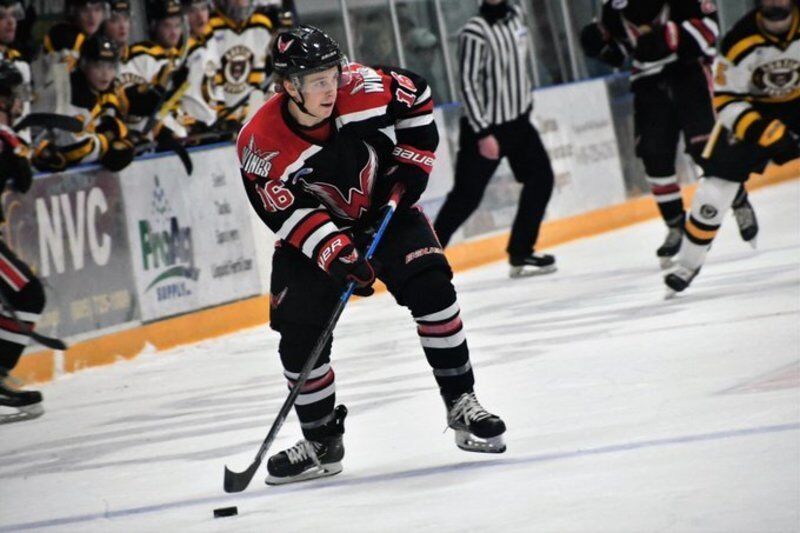 Photo courtesy of Laurie Stroh/AberdeenAndover’s Thomas Manty looks to make a play for the Aberdeen Wings of the NAHL this winter. The Brown commit has eight goals and 18 points for the Wings this winter. 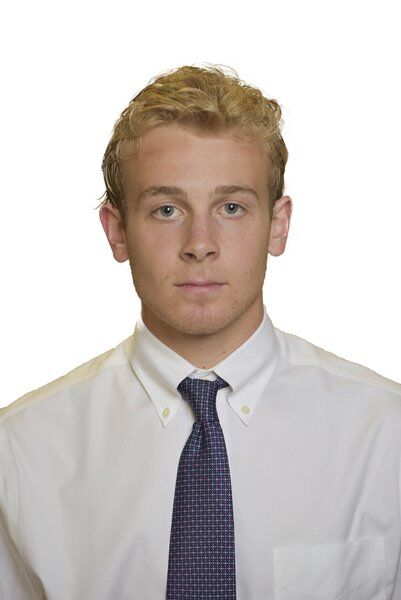 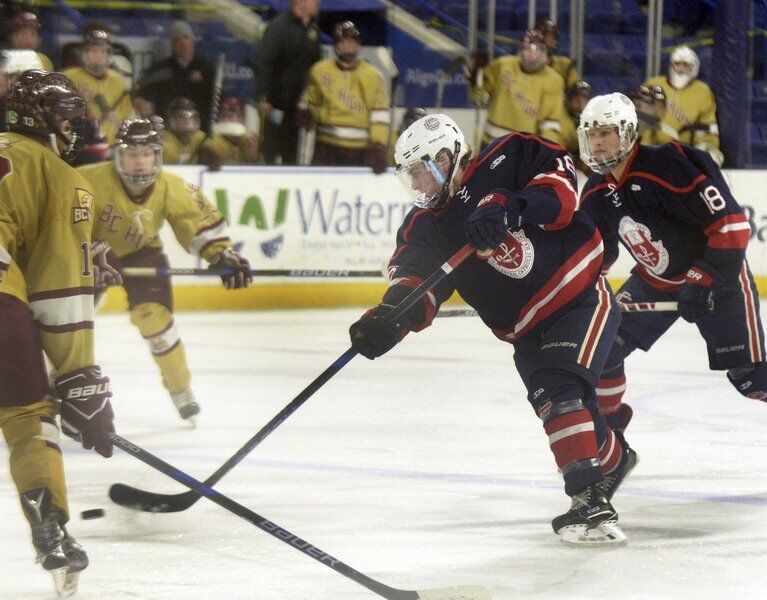 Andover’s Thomas Manty celebrates a goal for the Aberdeen Wings of the NAHL this winter. He has proven doubters wrong, committing to play Division 1 college hockey at Brown.

Photo courtesy of Laurie Stroh/AberdeenAndover’s Thomas Manty looks to make a play for the Aberdeen Wings of the NAHL this winter. The Brown commit has eight goals and 18 points for the Wings this winter.

Andover’s Thomas Manty celebrates a goal for the Aberdeen Wings of the NAHL this winter. He has proven doubters wrong, committing to play Division 1 college hockey at Brown.

Andover’s Thomas Manty had an extra reason to celebrate this holiday season — the fulfillment of a lifelong dream.

The former Central Catholic and Phillips Academy star recently announced that he has committed to play college hockey at Division 1 Brown University.

“I am thrilled for the opportunity to play for Brown!” said Manty. “It means the world to officially be a Division 1 college hockey recruit. It’s something I’ve worked toward my whole life, and it’s extremely rewarding to have finally accomplished this goal. This is truly a dream come true.”

The Division 1 opportunity is the culmination of a hockey journey that took Manty from prep school to junior hockey stops in remote British Columbia last winter and South Dakota this season.

“Everyone’s path is different, and everyone develops at different times,” said Manty, who will turn 21 in February. “For me, it took (two years) of junior hockey. Along the way, I was often overlooked and told Division 1 wasn’t for me.

“I knew I was capable and I was determined to continue following my passion for the game. I kept working hard and showing up every day to prove that I did have a place competing at the highest college level. I am proud to say it has paid off.”

With his college plans locked up, Manty has delivered a breakout season for the Aberdeen (S.D.) Wings of the 23-team North American Hockey League (NAHL), the No. 2 junior league in the country after the USHL.

Through 16 games this winter, Manty is tied for seventh overall in the NAHL in goals (8) and tied for sixth in points (18). Both are second on the team.

“Thomas is a high-level offensive player,” said Wings head coach and general manager Scott Langer in a press release. “He scores big goals and has an attention for detail. He has been a tremendous addition to this year’s team. Brown University is getting a quality individual, and Thomas will be a great addition to their team.”

The road to a Division 1 college hockey commitment has been a winding one for Manty.

Manty starred for three seasons at Central Catholic (2014-17), leading the Raiders to their first ever Super 8 title game in 2017, scoring 11 goals that winter. The forward then played two seasons at Phillips Academy (2017-19), scoring 34 goals. He tallied 52 goals in five high school seasons.

Last winter, he impressed as a member of the Merritt Centennials of the British Columbia Hockey League. He finished the season with 12 goals and 22 assists in 56 games.

Following that successful campaign, Manty agreed to join the NAHL this winter.

“It is super exciting,” he said. “Coach Langer called me during the quarantine in April and offered me a spot. I planned on returning to the BCHL, but after some conversations with some schools, they thought the NAHL and coach Langer would really help my game develop and prepare me for college hockey. I knew this was my year and I had something to prove.”

As 2021 approached, Manty knew his time to earn a Division 1 shot was dwindling.

“I always believed I would get there,” he said. “But I knew if Division 1 was going to happen, it would most likely happen in my 20-year-old season.

“I’ve followed the Ivy league, and Brown specifically, since I was accepted into Phillips. It was a school and hockey program that I hoped I could be a part of. (Former Phillips and Brown star) Bobby Farnham has been a great mentor who I met during my time at Phillips. I’m thankful to have had his guidance and I appreciate all of his support.”

“With a balance of premier academics and athletics, Brown really matched what I was looking for,” he said. “The ECAC is a very strong conference and the idea of playing teams like Harvard, Yale, and Cornell really excited me. I am super excited.”