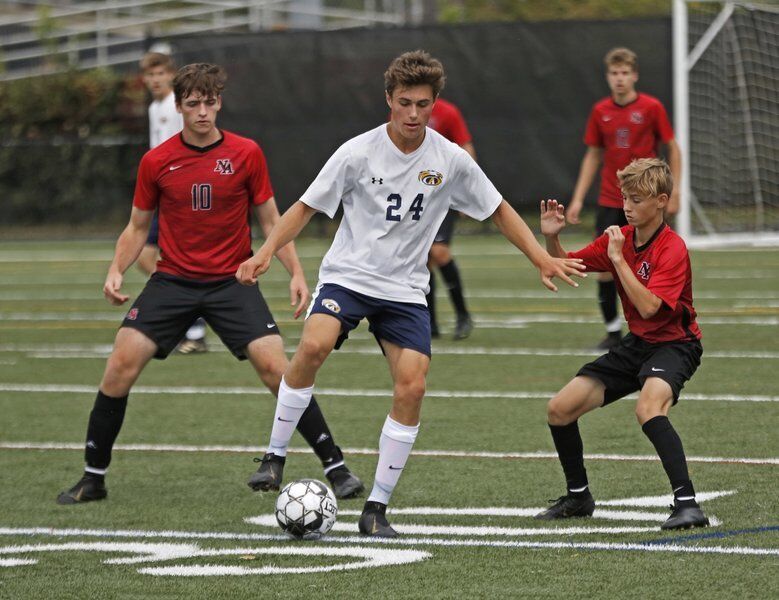 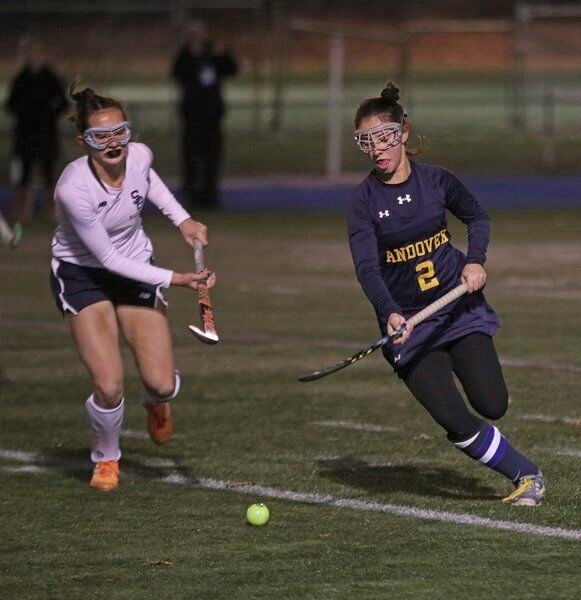 Staff file photoHanna Medwar, right, is one of the most dangerous field hockey players in the state. She will have a shot at a senior year thanks to the MIAA's ruling. 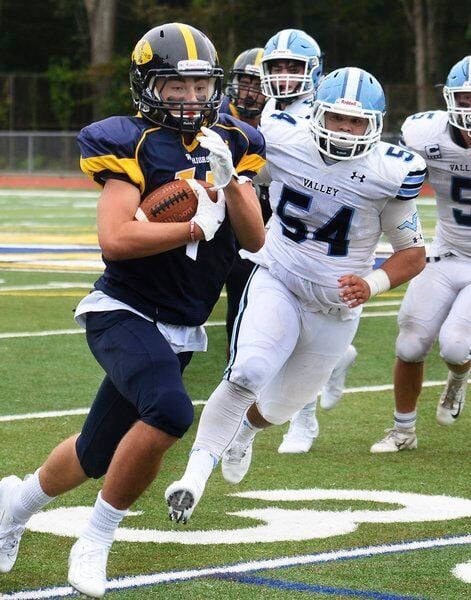 CARL RUSSO/Staff file photoLincoln Beal and the rest of the Andover High football team will have to wait until February for their shot at a season.

Staff file photoHanna Medwar, right, is one of the most dangerous field hockey players in the state. She will have a shot at a senior year thanks to the MIAA's ruling.

CARL RUSSO/Staff file photoLincoln Beal and the rest of the Andover High football team will have to wait until February for their shot at a season.

If all goes well, sports will return to Andover High this fall, but without football and cheer.

Last week, the Massachusetts Interscholastic Athletic Association (MIAA) board of directors voted unanimously — by a 23-0 margin — to approve a modified fall season, as the state continues to deal with fallout from the COVID-19 pandemic.

The fall sports season will include boys and girls soccer and cross country, golf, field hockey and girls swimming. It is planned to run from Sept. 18 to Nov. 20, and will not include a state tournament.

“I’m thrilled there is a possibility of a season,” said Golden Warrior field hockey coach Maureen Noone. “But I realize there are many steps that need to be cleared to get to play. Whatever form of playing or practicing will be great, especially for the girls planning on playing in college, and of course the seniors.”

Football and fall cheer, however, have been moved to a “floating” season, called Fall II, that is planned to run from Feb. 22 to April 25 — between the winter and spring seasons.

“It has been a difficult five month, and as the summer moved on, there was a lot of optimism that we would be playing football,” said Andover head coach E.J. Perry. “Even up until the second week of August, there were signs that we might be able to play. The numbers in Massachusetts have dropped drastically, and bordering states were making decisions to play.”

Last week’s MIAA vote came after the Massachusetts Department of Elementary and Secondary Education released joint guidance on how to handle sports and COVID-19, and months of speculation since spring high school sports were cancelled.

“We’re thrilled,” said Andover cross country coach Susanne Kiley. “There is no easy answer (to athletics during the coronavirus pandemic) and it looks like they got creative did the best that they could in our current situation. We tried to keep positive, as it felt like cross country had a better shot than most of having some form of a season.”

Few in the state are more excited for a return than Noone. Her Golden Warriors return plenty of firepower from a squad that went 16-3-4 and advanced to the Division 1 semifinals last fall. Unfortunately, the MIAA ruled there will be no state tournament this season. Any postseason would be left up to the league or district.

“We have a talented and veteran group of student-athletes who have put in a great deal of effort even while the season was completely up in the air,” said Noone. “The captains, Paige Gillette, Alana Miller, Hanna Medwar and Heather Graham, are all very excited and willing to make any modifications or adjustments that need to for the opportunity to compete. At this point no state tournament is a disappointment, but we completely understandable, as safety is most important.”

No postseason will likely mean Andover girls swimming will not have its shot at a seventh straight Division 1 state title. The Golden Warriors once again return a dominant group that includes sophomore Michaela Chokureva, who set state records in the 50 freestyle and 100 freestyle last fall, and Ashley Grover, who was second in the 100 butterfly at Division 1s.

“I’m really excited that they are going to allow us to play,” said Saalfrank. “These athletes need to be back on the field doing what makes them happy. It sounds like the athletic directors are working on modifications to keep everyone as safe as possible.”

The girls soccer team is also coming off a banner year, going 14-4-3 and advancing to the Division 1 North final for the first time since 2001.

“I’m excited for everyone, especially our seniors,” said coach Meghan Matson, who also won MVC Large Coach of the Year. “Undeniably there will be changes made to tryouts, roster numbers and even game rules to assure safety for all. Planning and organization will be vital. No state tournament is a bummer, but I’m looking forward to using this season to focus on skill development and have fun.”

The football team, however, will have to wait until February. Whenever they do play, they should return an impressive crew including lineman A.J. Heidtke, QB Scott Brown and running back Lincoln Beal.

“The Andover High athletes are committed to playing in February and are excited about the prospects and newness to the game,” said Perry. “They have worked hard drilling and lifting all offseason and they are hopeful.

“We in Andover promote all the safety guidelines and understand the difficulty of this decision and the importance. The Andover football program as a whole will support all the teams that are allowed to compete this fall.”

Here is the breakdown of sports seasons in Massachusetts for the 2020-21 school year:

FALL II: Feb. 22 to April 25 — Football, fall cheer, unified basketball, any sports not played in fall season because of remote learning or other COVID-19 issues.