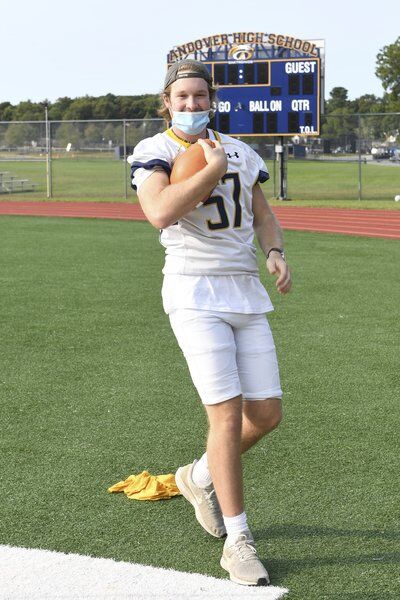 Photo courtesy of Lindsey Reeves/lindseyreevesphotography.comParker Rankin and the Andover High football team were thrilled to have fall practices after their regular season was postponed. 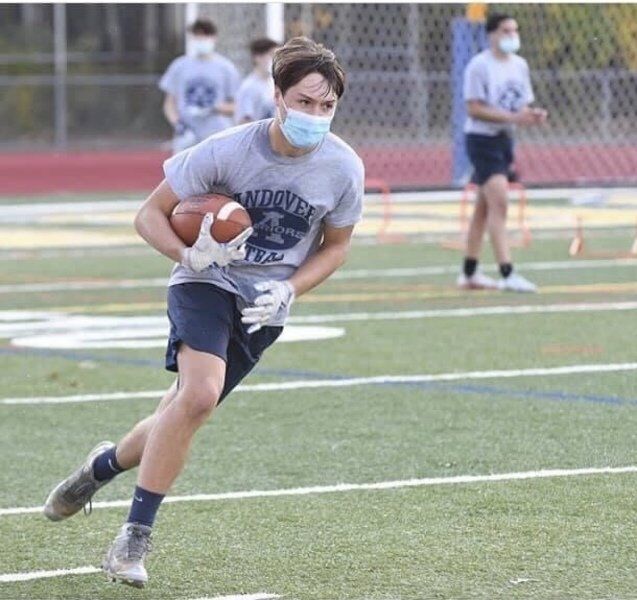 Photo courtesy of Lindsey Reeves/lindseyreevesphotography.comAndover’s Andrew Walles runs through a drill during the Golden Warriors’ team workouts this fall. 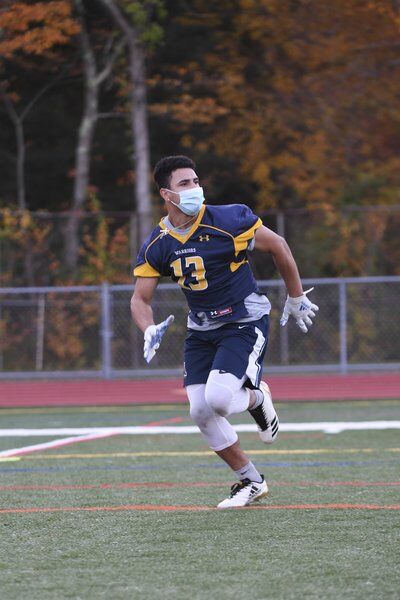 Photo courtesy of Lindsey Reeves/lindseyreevesphotography.comAndover’s Jolfy Frias runs a pass route during workouts this fall. The Golden Warriors were one of the teams approved to hold team workouts with the season postponed.

Photo courtesy of Lindsey Reeves/lindseyreevesphotography.comParker Rankin and the Andover High football team were thrilled to have fall practices after their regular season was postponed.

Photo courtesy of Lindsey Reeves/lindseyreevesphotography.comAndover’s Andrew Walles runs through a drill during the Golden Warriors’ team workouts this fall.

Photo courtesy of Lindsey Reeves/lindseyreevesphotography.comAndover’s Jolfy Frias runs a pass route during workouts this fall. The Golden Warriors were one of the teams approved to hold team workouts with the season postponed.

But that didn’t mean the Andover High football team was totally dormant.

Without a season, the Golden Warriors dedicated themselves to team workouts throughout the fall, preparing for what they hope will be a season in the late winter/early spring.

“The greatest thing about this fall was the enthusiasm of the players,” said Andover coach E.J. Perry. “The varsity players were so excited about the prospect of participating in football workouts. They averaged 61 players a session while hitting a high of 75 on one of the unseasonable 60 degree days in November. And the freshmen had an average of 44 student/athletes participate. They were hungry for their first attempt of high school football

Throughout the fall, Andover held two practices per week, with two other days dedicated to weightlifting.

“At the workouts we would set up eight exercise stations and rotate through each one,” said captain Tomas Loureiro. “The stations would include compound lifts, accessory lifts, conditioning and core exercises. We also had practices where we would go over formations and run drills.”

While the workouts were intense, the Golden Warriors made sure to enjoy themselves.

“We used the weight room at our turf, spread out all the stations, sanitize them, bumped music, and worked out,” said captain Matt Rigazio. “We would run 7-on-7s and would have a scout offense or defense. It was a lot of fun for us because, even with the guidelines, we still got to compete against each other. We want nothing more than to make ourselves better football players.”

The workouts were a chance for the Golden Warriors to have some semblance of a football fix, and work for the expected “Fall II” football season, which is scheduled to run from Feb. 22 to April 25.

“I took it very hard when I found out the season was being postponed,” said captain Ben Entner, “especially when I found out that other sports would get to play. But I also looked at this as an opportunity to continue to get better both individually and as a team.”

Said Rigazio, “Adding to the frustration (to the postponed season) was the fact that New Hampshire was moving forward with its football season in the fall. I was very thankful to have the fall workouts.”

After months of quarantine, the chance to train with his football teammates was reason to be very excited for Brown-bound lineman and captain A.J. Heidtke.

“The workouts meant a lot to us, especially to the seniors,” said Heidtke. “Being able to get out around the guys and get work in was the best part of the fall. We definitely made do with what we had and for those who went, it was a great experience.”

Added captain Charles Baillargeon: “The team’s overall dedication in these workouts was amazing. I always felt that this year’s class of 2021 was always very dedicated to this sport. Everyone that came was driven to completing the workout as well as competing in workouts. It was a great environment.”

Perry also raved about the contributions of his coaching staff.

“One item that should be included is the effort of coaches without pay,” said Perry. “While we all know football is year-round, the coaches put in amazing time and effort. I went to every single freshman practice — arriving at 3:45 p.m. — then stayed right through the varsity practice from 5:45-7:15 p.m. P.J. Farnham, my freshman coach, stayed right through almost every practice.

The Golden Warriors now hope they will kick off a real season in February.

“It’s tough to see players who have worked four years to play under the lights be pushed off,” said Baillargeon. “This upcoming Fall II is our biggest hope for a season, no matter the amount of games. I think it would be a good ending for the seniors who are desperate for a season.”

Said Loureiro: “My hope for the Fall II season is we are allowed to get as many games in as we can and to just really enjoy my last year of high school football. We have a really special team this year, and it’s going to be a lot of fun to play with this group of guys.”