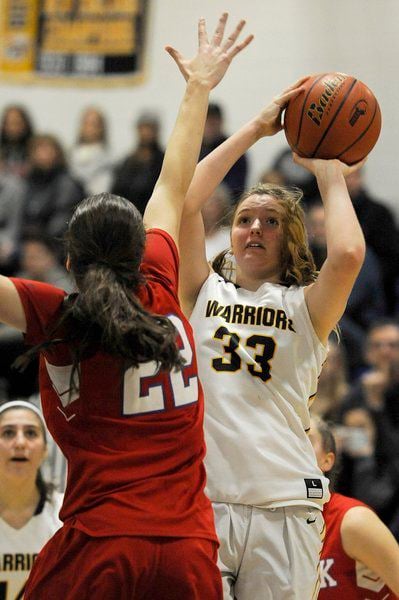 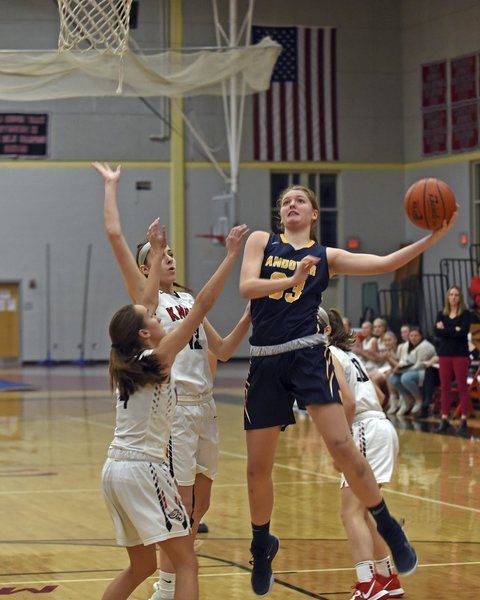 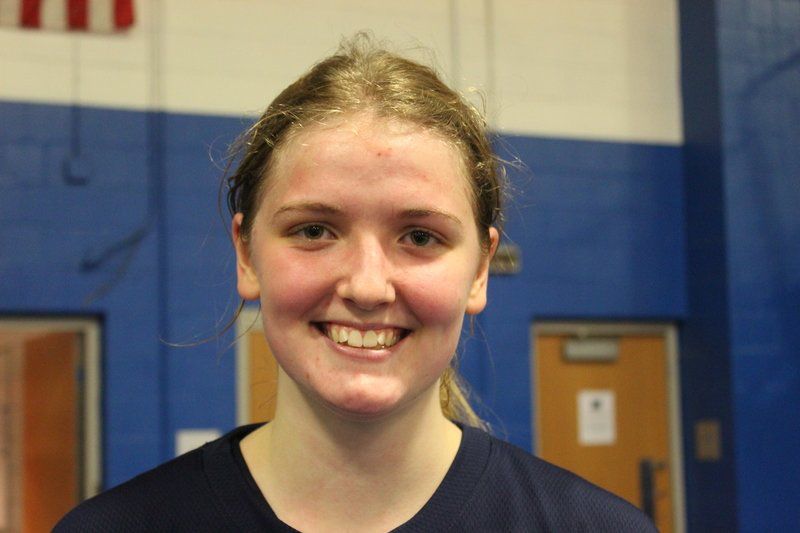 The 6-foot-2 Andover High freshman has burst onto the scene this winter in her rookie campaign, averaging 9.8 points while starting every game. She’s spearheaded a talented freshmen class that has helped the Warriors to a 13-5 season heading into the week, and she hasn’t let the bright lights of the varsity stage get to her.

In the opening round of the Commonwealth Motors Christmas Classic, she dropped a season-high 19 points with 12 rebounds and 4 blocks in a win over Londonderry.

But her success shouldn’t come as a surprise when you hear some of Foley’s close mentors.

Her father is William Foley, an Albany, N.Y. native who played four years at Boston College and served as a co-captain on the 1991-92 team as a senior. The 6-10 forward, known back then as “Mr. Work Ethic,” was a favorite of then-coach Jim O’Brien. He never started, but played in 76 games and averaged 2.4 points and 1.6 rebounds for his career while getting to play alongside future NBA players like Bill Curley.

“He’s just been a really good role model to have,” said Anna. “He’s taught me everything I know. He’s always just been there to show me the ropes. He was my travel coach growing up, and he’s taught me how to be a good teammate and a good leader.”

But it doesn’t stop there for the young Foley.

Her aunt, Kaitlin Foley (now McCarthy), was a 6-4 center who starred at Holy Cross (Class of ‘07). She was named First-Team All-Patriot League as a junior, averaging 14.9 points and 6.1 rebounds per game, and made the league All-Tourney team as a senior when she led the Crusaders to the Patriot League title and a berth in the NCAA Division 1 tournament.

Interestingly, in a cool sort of tie-in, Andover’s Ashley McLaughlin was a junior on that 2006-07 Holy Cross team that ended up losing to Duke in the first round of the tourney. After graduating, Foley had a stint playing professionally in the Canary Islands.

“My aunt has taught me a lot, too,” said Anna, whose twin sister, Vivienne, attends Brooks and is on the JV team. “It’s been really great having them both as positive role models.”

“She has a great desire to work hard and improve every day,” said Hibino. “She’s been great in contributing both on and off the court. She has a great sense of humor, and I think she’s made a wonderful transition from eighth grade to high school. ... She wants to be a part of something that could be special here at Andover High.”

With Foley, Amelia Hanscom (5.8 ppg), Marissa Kobelski (3.4 ppg) and Kathleen Yates (1.5 ppg), the Warriors are getting lot of positive playing time from their freshmen. Add in the veteran leadership of Shea Krekorian, Brooke Hardock and Tatum Shaw (team-high 15.7 ppg), and the Warriors are looking to make a deep run in the upcoming North tournament.

But no matter what happens in the coming weeks, Andover fans have a lot to be excited about moving forward.

“We have really good captains who made us all feel welcome,” said Foley. “So it was easy to come in and build a strong relationship with them. I was just happy to come in and play whatever role I could and be the best player I could be.”

That attitude will take her far with the game.

And she’ll certainly have the role models to guide her along the rest of her already-promising basketball journey.

“She’s going to have a great career for us,” said Hibino.