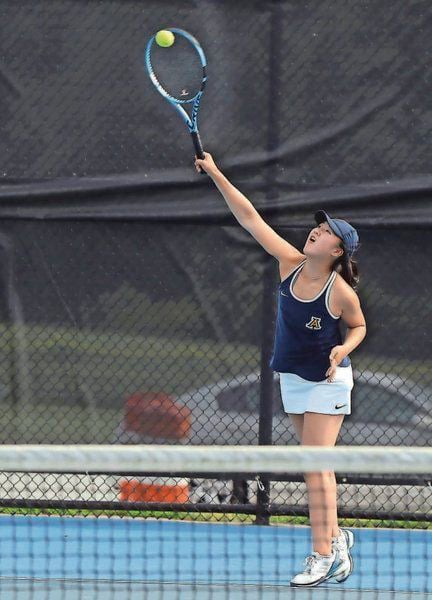 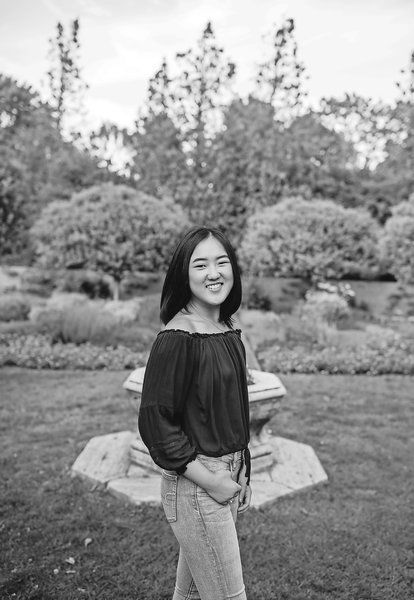 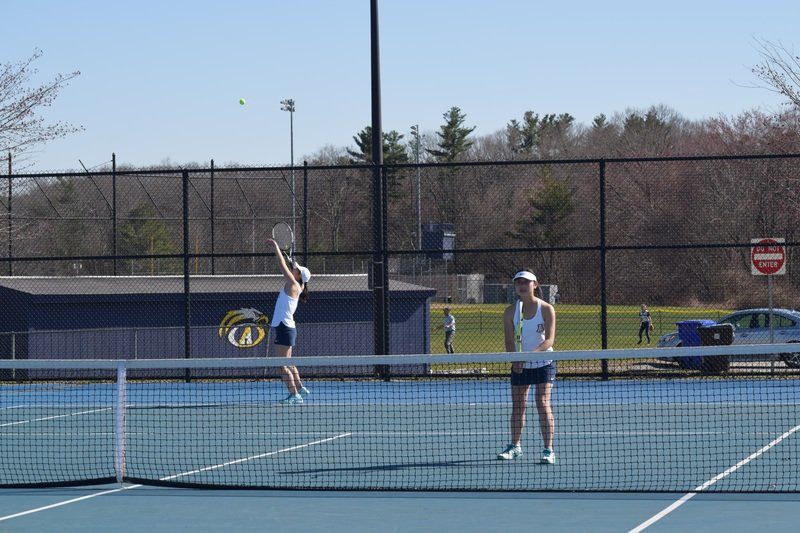 In February, Andover High senior Annette Kim had an experience that may shape the rest of her life.

As a member of her church, Kim went on a one-week mission trip to Guatemala, where she worked in a children’s camp helping those less fortunate.

With use of the two years of Spanish she took at Andover, she helped children with crafts, various activities and learning to have a joyous attitude.

Kim now hopes to use that experience to work toward a position helping international children in similar difficult environments.

“It was one of the best experiences of my life,” said Kim. “The ideal job for me would be to work as an accountant for a non-profit that deals with children in countries of need.”

Don’t be surprised if that goal becomes a reality in the future, because when Kim puts her mind to something, there is usually no stopping her, whether it’s on the tennis court or in the classroom.

On the tennis court last spring, as a junior, Kim teamed with close friend Caroline Yang to go 7-0 as a duo, including a win over eventual Division 1 team state champion Acton-Boxboro’s first doubles team in the North semifinals.

Kim was named All-Merrimack Valley Conference for the third straight season, and repeated as an All-Scholastic.

As a sophomore, Kim and Yang went 18-3 overall and 10-0 in the league. They advanced to the North Open finals, losing to a Newton South team that beat them twice, and were All-Scholastic for the first time.

The duo likely would have made it three dominant seasons in a row, had this spring not been cancelled due to the coronavirus pandemic.

“I definitely feel that we have a mental connection even when we’re not talking to each other,” said Kim last spring. “ Since we have such a close-knit friendship, we are very comfortable around each other. And since we train together, we have similar styles of play, so I almost always know what she’s going to do.”

Added coach Alan Hibino about the duo last year, “The key to doubles is the ability to communicate, anticipate and to be proactive. Annette and Caroline do all of those very well and being such great friends off the court only helps them on it.”

In the classsroom, Kim has few equals. Her GPA this year was 4.0 which, after considering her AP classes in calculus and English literature, was a weighted 4.45. A member of the National Honor Society, she scored a 1,450 on her SATs, highlighted by 740 in math. She estimates that she averages 2-3 hours of homework per night.

Next year, Kim will be continuing both of her passions at Gordon College, majoring in accounting and finance and playing on the tennis team. She chose Gordon over Boston University, Northeastern and UMass Amherst,  partly so she could keep playing competitive tennis.

“I just didn’t want to give it up yet,” said Kim, who plays at the Willows Tennis Club year-round and teaches tennis to youngsters.

Just as important, Kim got a Gordon scholarship into its Global Honors Scholars program in which a select group of 12 students takes classes and travel together and also engage in a six-week international internship. It’s a program that should help lead to her dream job.

Based on her time at Andover, Hibino has no doubt that she’ll get there.

“Annette has been an amazing part of our program these past four years,” said Hibino. “She is an outstanding teammate, an incredible competitor and has an extremely bright future ahead of her.

“She is a tremendous example of what a student-athlete should be, excelling on the court, in the classroom, and a very active member of our school and town community.”

Yang previously said about teaming with Kim, “Playing doubles with Annette has been my favorite part of tennis! We always laugh and have a fun time on the court. I couldn’t think of a better doubles partner, because we just click so easily.”

— David Willis contributed to this story