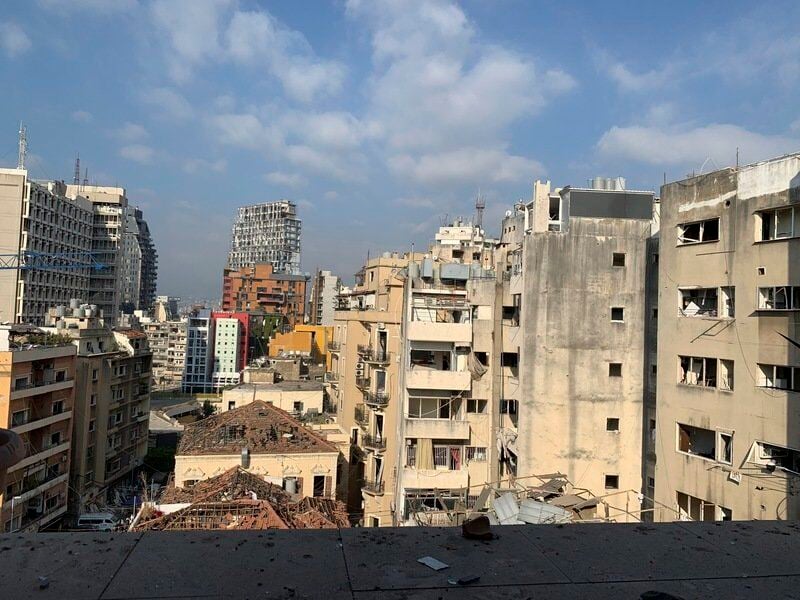 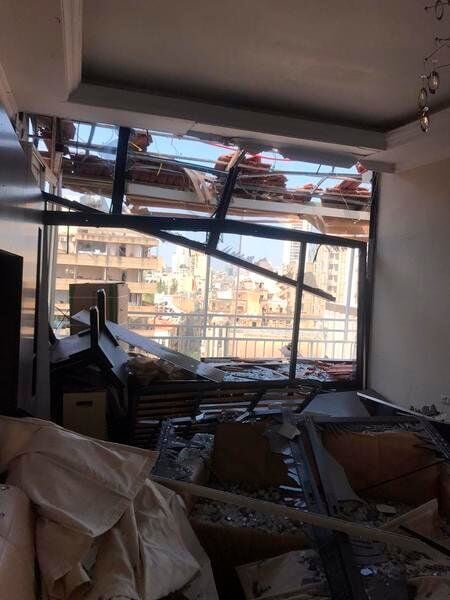 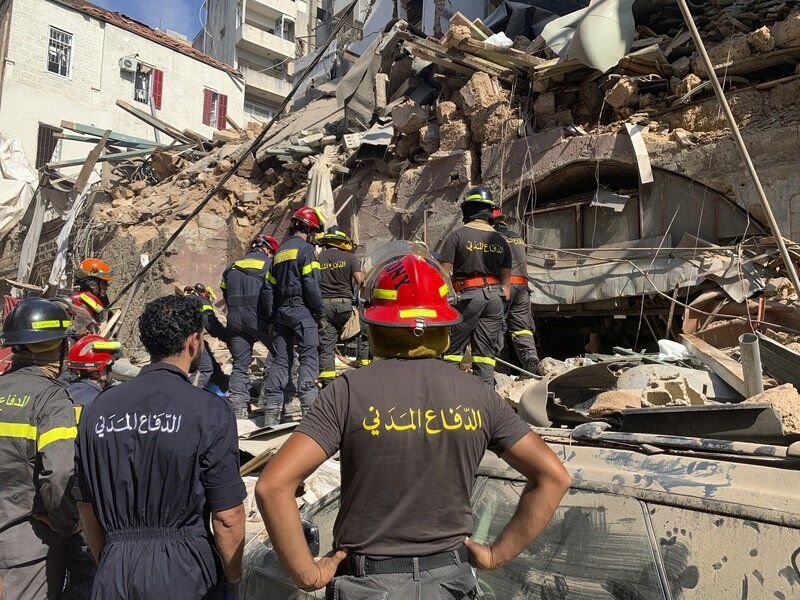 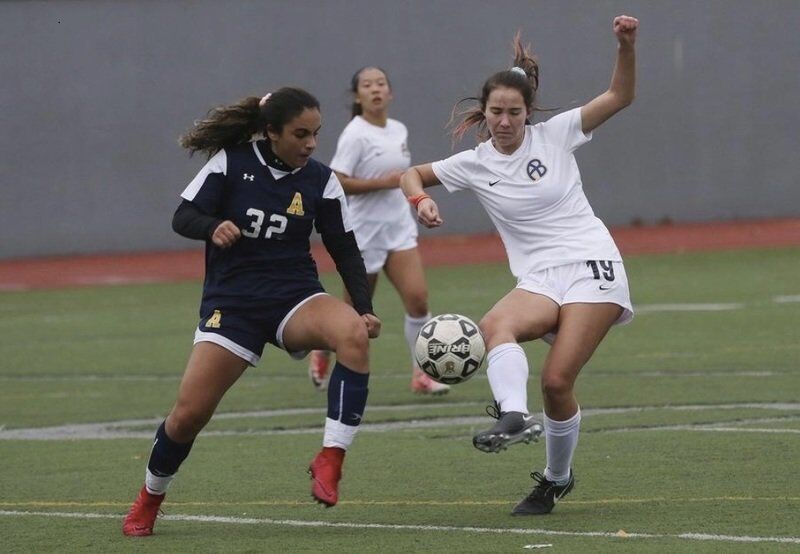 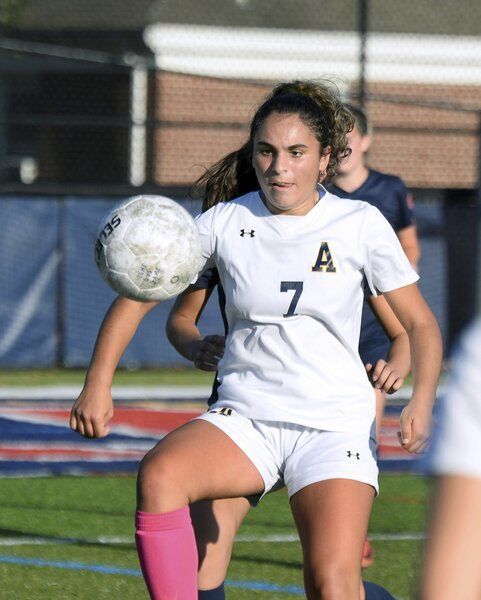 CARL RUSSO/Staff file photoAndover's Emma Azzi is one of the area's top girls soccer players. Over the summer, Azzi was a witness to the Beirut Explosion disaster that left over 200 dead.

CARL RUSSO/Staff file photoAndover's Emma Azzi is one of the area's top girls soccer players. Over the summer, Azzi was a witness to the Beirut Explosion disaster that left over 200 dead.

As the walls around Emma Azzi shook, and her ears rang from the massive blast, the Andover resident struggled to make sense of the events that surrounded her.

“First, we heard a loud boom,” she remembered. “At that moment, I thought it was a bomb because the sound felt so close. Moments later, another, much louder boom erupted, and the windows in the house shattered. I remember my aunt and uncle calling loved ones, making sure they were still alive.”

“Out on the balcony, I was able to see a glowing red cloud. The minutes following the blast were filled with loud screams, confusion, panic and complete fear.”

While visiting Beirut, the capital city of Lebanon, for a family wedding this summer, Andover High soccer star Azzi found herself the witness to a disaster that shocked the world.

On Aug. 4, 2020, according to reports, a large amount of incorrectly stored ammonium nitrate exploded in the Port of Beirut. The massive explosion killed approximately 220 people and caused 6,500 injuries and $15 billion in property damage.

“Three months later, I am still haunted by the blast,” said Azzi. “I’m haunted by the fact that a single second has the power to turn someone’s life upside down. Although I’m grateful that the biggest problems I faced were broken windows and trauma, that wasn’t the case for the broken families and over 200 lost lives.”

As Azzi prepared for her senior year at Andover High, and senior soccer season, she embarked with her family on their annual trip to Lebanon.

“I go to Lebanon every summer,” she said. “But this year was especially important, because it was my cousin’s wedding, which was supposed to be on Aug. 5, one day after the blast.

“Being in Beirut this year felt different, even before the explosion. Along with the (COVID-19) pandemic, the country’s economy was collapsing. Hyperinflation resulted in the Lebanese pound losing over 80% of its value. The minimum wage went from $450 a month to $80 month. This was an especially difficult time for the Lebanese.”

“I was at my aunt’s house. I remember we were getting ready for the wedding,” said Azzi. “Then, my family and I thought there were bombs exploding near the building, because of how the explosion sounded.

“We were shocked. We found out that 2,750 tons of improperly stored ammonium nitrate had caused the third largest explosion to ever happen, after Hiroshima and Nagasaki. Even more shocking to find out was that it had been sitting there for over six years. I had been sleeping comfortably over a ticking time bomb all these years.”

In the days following the explosion, Azzi and her family went to work helping the ravaged community.

“The day after the explosion, my cousins and I decided to go to the district of Mar Mikhael to volunteer and help victims,” she said, “It was devastating to see the magnitude of wreckage, but the streets were filled with young Lebanese activists who also wanted to help in any way they could. The people were the ones fixing everything.”

Azzi traveled back to the United State in September, but remains changed by the events she witnessed.

“I came out of this experience with the reminder to live every moment as if it could be your last,” she said. “I was reminded we have to use our voices as leverage for change.”

AZZI ON THE PITCH

Now back in Andover, Azzi remains one of the regions’ top soccer players.

The senior forward was a Merrimack Valley Conference All-Star last fall, scoring seven goals to help lead Andover to the Division 1 North final for the first time since 2001. She scored a goal in Andover’s 2-1 North semifinal win.

“I started playing soccer in second grade, and have loved the sport since,” said Azzi, whose sister Sophie is also a standout for Andover. “As a forward, I see my role as scoring goals and leading any way I can.

“During the summer, Covid cases were still up and rising and I was almost sure that our season would be cancelled. I had already been feeling a sense of emptiness during the quarantine. I look forward to high school soccer, because there is a greater sense of pride which it comes to playing for your town and school and for your teammates.”

Andover coach Meghan Matson is proud to have Azzi on her team.

“Emma is one of the most skilled players to ever play for me,” said Matson. “Her footwork with the ball is like a beautifully choreographed dance. She is unbeatable 1-on-1, or even 1-on-2. She loves soccer and is a true student of the game.”

— The capital and largest city in Lebanon.

—Has an estimated population of 2.24 million people.

— One of the most religiously diverse cities in the Middle East, with significant Muslim and Christian communities among 18 recognized religious groups.