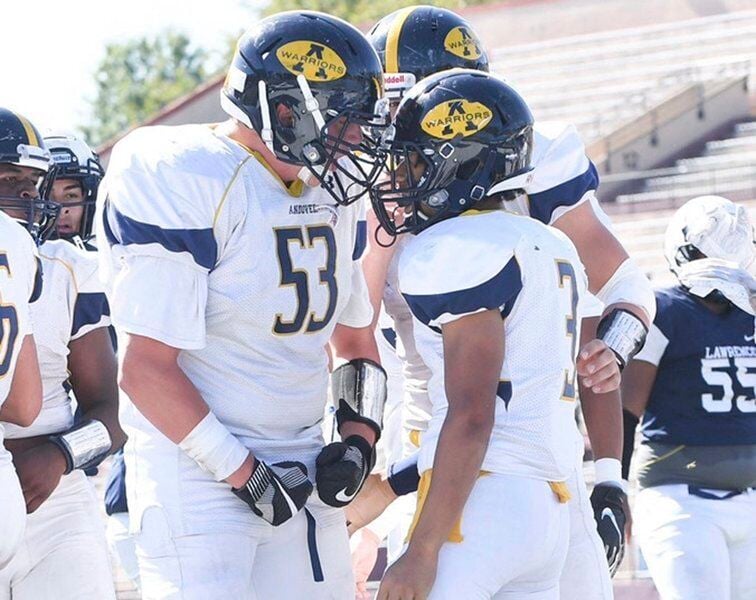 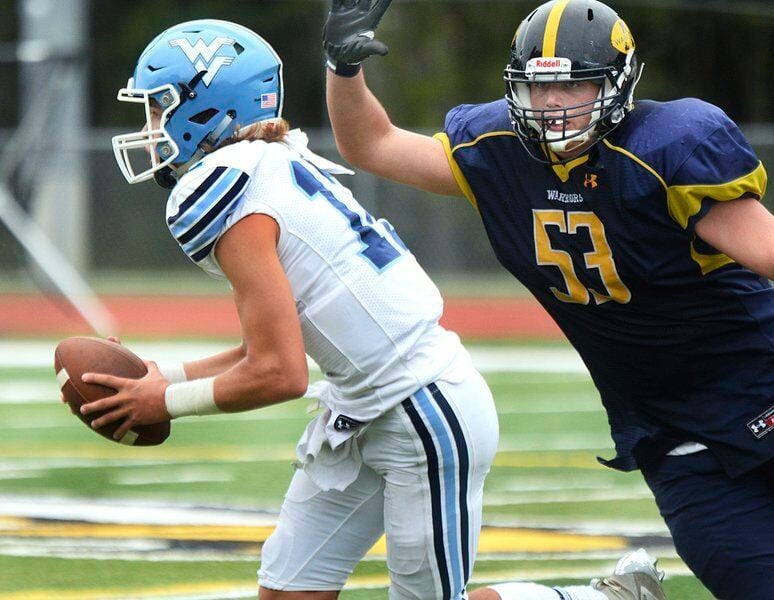 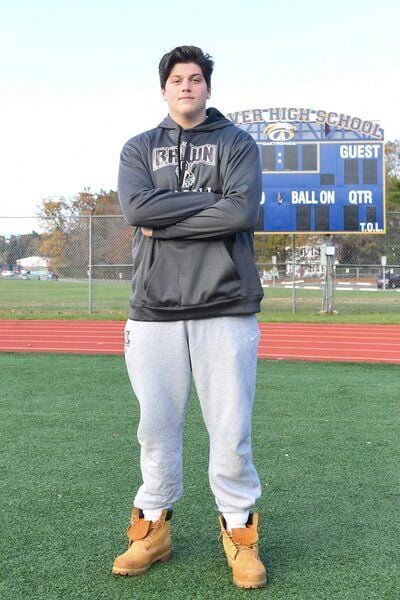 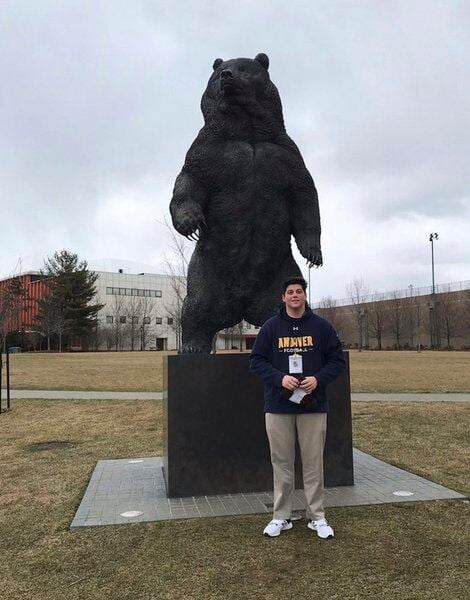 Courtesy photoA.J. Heidtke of Andover on the Brown campus in front of the school’s bear mascot.

Courtesy photoA.J. Heidtke of Andover on the Brown campus in front of the school’s bear mascot.

ANDOVER — The improbably long list of Brown University football players from the town of Andover just got a little bit longer.

The 6-foot-4, 280-pound lineman said, “Brown is such an amazing school. It was something I can’t pass up. It was just the best school for me to challenge myself academically and athletically.”

An All-MVC lineman as a junior, he chose the Division 1-AA Bears over 1-AA Marist and Division 2 St. Anselm College.

With the fall football season cancelled, Heidtke (pronounced High-key) has been hitting the weights hard.

He’ll be using that strength and athleticism at a school which has had an enormous number of Andover athletes star on the gridiron.

Since Bob Farnham, there have been approximately 20 Andoverites at Brown, including current All-American quarterback E.J. Perry IV and one of his top targets, Dan Gemmell.

Getting colleges to take notice during a pandemic is difficult, especially for football players.

“A lot was done through Twitter. I posted a lot of workouts. Twitter was already huge in sports and now it’s even bigger.”

An abbreviated Ivy League season in the spring doesn’t count against players’ eligibility.

But that means there will be a glut of players and Ivy coaches will be bringing in fewer high school players the next couple of years.

So Heidtke’s Ivy League spot is that much more coveted.

Head coach James Perry, also of Andover, and the Bears staff saw A.J. the previous summer and came away impressed with the size, potential and intangibles.

“A.J. is one of the most respected students in the school by both his peers and the teachers,” said Andover coach E.J. Perry III, James Perry’s oldest brother.

The MIAA schools in Massachusetts are supposedly going to have a late winter/early spring football season.

“It’s heartbreaking not getting a senior season,” said Heidtke, who will likely play on the offensive line in college. “Hopefully, we’ll do it in February. This is the last year with dudes I’ve been playing with my whole life. Senior year is the big year. I’m pretty optimistic we’ll play.”

How about when you see the New Hampshire teams, just down the road, playing this fall?

Dad, Brett Heidtke, was a two-time all-conference lineman (1990-91) at Beloit College in Wisconsin.

A.J.’s older brother, Payton, who made the Eagle-Tribune All-Decade team as a lineman, is a student at Bryant University, 10 miles down the road from Brown. He played football his first two years at Bryant but hung up his cleats.

And mom, Heather Heidtke, has been the president of the Andover Football Boosters for four years.

“We love our football,” said A.J., who moved to Andover from Illinois in fifth grade.

Andover coach E.J. Perry said his brother James told him, “A.J. was a bigger, stronger and faster version of Payton.”

A.J. always resisted wrestling (his brother was a standout) but relented last winter. He took to the sport immediately, winning the Division 1 North title at heavyweight and placing seventh at Division 1 States.

A.J. Heidtke says A.J. is his real name. It isn’t short for anything but it honors his two grandmothers’ maiden names.

The A is for Diane Alvarez Webster and the J for Linda Jackson Heidtke.