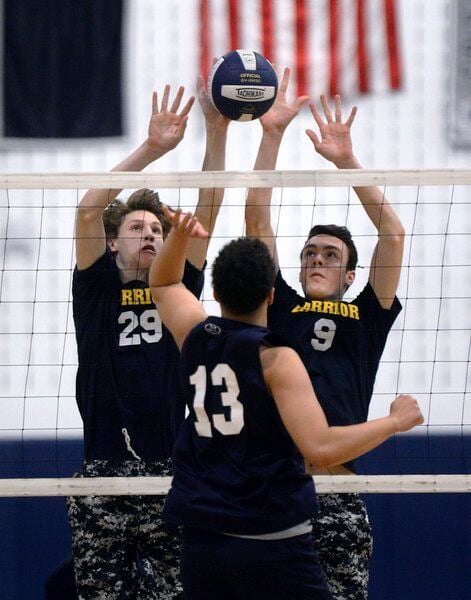 CARL RUSSO/Staff file photoAndover's Jyles Amirault, right, goes up for a block with Aiden Foley. Amirault delivered a monster year in the spring. 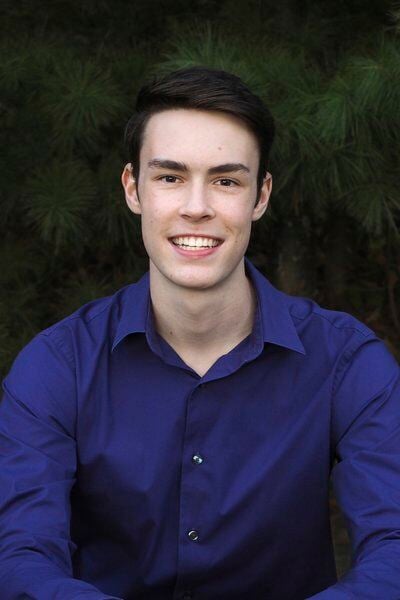 CARL RUSSO/Staff file photoAndover's Jyles Amirault, right, goes up for a block with Aiden Foley. Amirault delivered a monster year in the spring.

When it comes to experience and all-around play, few can match Andover senior Jyles Amirault.

He has played all over the court and played impressively wherever he’s been set up. As a freshman starter, he was more of a defensive player, but this year the 6-foot-2 outside hitter evolved into the Warriors’ go-to guy at the net and a feared presence around the Merrimack Valley Conference.

While leading the team to its first MVC title (Division 2) since 2017, Amirault averaged 21 kills and 14 service points per match and was named MVC Division 2 Player of the Year. He had a career-high 38 kills in a 3-2 victory over Central Catholic. An honor roll student, he will play volleyball at Emmanual College next year.

He will definitely leave a huge void for head coach EJ Perry to fill.

“Jyles did everything for us and he was a great role model for our younger players,” said Perry. “He’s going to be tough to replace.”

Moreover, he will leave a void in the volleyball community as well. Passionate about the sport, he’s been a volleyball coach for middle school students at the Cormier Youth Center as well as being an activity leader there.

A former avid soccer player, Amirault opted to focus on volleyball after his sophomore year, but he remains involved in the sport as a soccer official for youth games — as long as it didn’t interfere with volleyball.