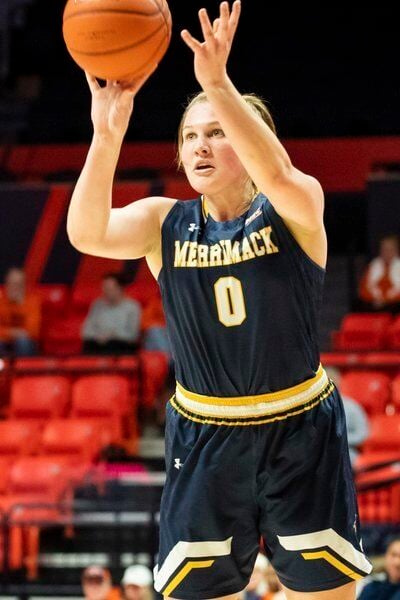 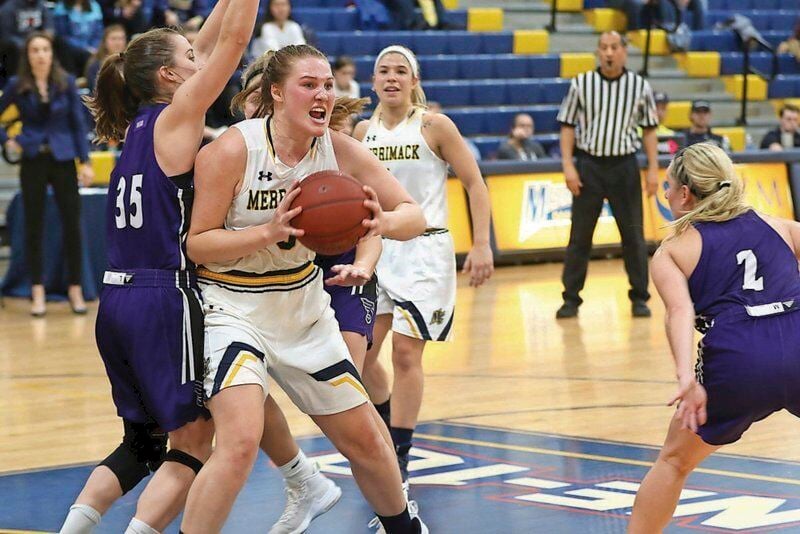 HADLEY GREEN/Staff photoIf healthy, tri-captain Alyssa Casey of Andover should be a productive rebounder in the wake of the graduation of superstar Denia Davis-Stewart. 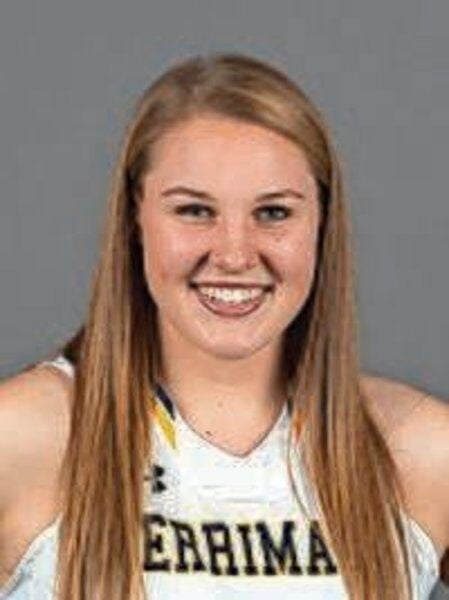 HADLEY GREEN/Staff photoIf healthy, tri-captain Alyssa Casey of Andover should be a productive rebounder in the wake of the graduation of superstar Denia Davis-Stewart.

There aren’t many silver linings to the coronavirus pandemic, but there’s a slither of one for Merrimack College senior Alyssa Casey of Andover.

The relentlessness, combined with uncertainty, of the coronavirus has twice delayed the start of the Warriors’ college basketball season, now set for Jan. 7. It’s been a source of plenty of frustration for those anxious to start the season.

But this very delay hasn’t been such a bad thing for Casey, who never would have been ready to start playing games this month, much less back in November. She was still recovering from ACL surgery that ended her 2019-20 season prematurely.

While the 5-foot-11 Casey has been able to practice on a limited basis over the last month, her rehab is still in the last stage.

“Very selfishly, it (the season’s delay) is an advantage for me,” said Casey, a 2017 Andover High graduate who scored 1,197 points in her Golden Warrior career. “It’s helped me get my leg stronger and get back in shape. It’s been good for me.”

Casey is hopeful that she’ll be ready to go early in January and pass the medical test allowing her to return on a regular basis.

When asked her goal for the season, she said, “That I’m able to get back on the court and we’re winning a lot of games.”

The Warriors are anxious to build on last year’s impressive 20-9 campaign in their first season in Division 1. They won 12 of their last 14 games and defeated the likes of UMass Amherst while falling to Illinois from the Big 10 by just three points, 75-72.

Before getting hurt in late December, Casey was a solid contributor for Merrimack last year, ranking third on the team in both points (9.9 ppg) and rebounds (5.0).

In her last game, a win over UMass Lowell, she poured in 24 points and had 14 rebounds. She was just getting warmed up when an injury in practice ended her season.

Duplicating last year’s success won’t be easy for Merrimack in wake of the graduation of 6-2 superstar Denia Davis-Stewart, who was clearly one of the nation’s top players while averaging 18.5 points and 13.5 rebounds per game.

“She (Davis-Stewart) was a player like no other,” said Casey. “But we have so many capable players who can make up for what she did for us. It’ll just have to be more of a team thing.”

Replacing Davis-Stewart’s rebounding prowess may be particularly difficult and that’s an area that Casey can help with if she’s ready to play. She believes she will be.

“If I pass the physical tests and get cleared to play, I think I’ll be ready,” said Casey, who led Merrimack in rebounds as a freshman. “I hope to be rebounding as well as I ever have. I won’t be afraid of contact or reinjuring my knee. That’s not me.”

Casey also believes that Merrimack will adjust to new coach Kelly Morrone, who replaces Monique LeBlanc, who left to take over at Brown University. Morrone comes to Merrimack after leading Division 3 John Carroll University in Ohio to 117 wins in seven years as head coach.

“It (the coaching change) has impacted everyone,” said Casey, who plans on using her extra season of eligibility next year while pursuing a Masters degree in Management. “But she (Morrone) has been phenomenal stepping in. I can’t imagine anyone else better to take over and lead us.”

Morrone will certainly have her hands full trying to match last year but Casey seems to think — assuming there is a season — it’ll be possible.

If Casey can get back and contribute, it will certainly be more likely. But, for Morrone, she is just looking for Casey to contribute one way or another.

“Alyssa is completely focused on completing her rehab protocol. ... She is a very self-motivated player,” said Morrone. “I am proud she is one of three captains leading our team. My expectations of her are to do just that — lead!”

Alyssa Casey runs her own local delivery service (primarily of groceries), which she started in March during the start of the pandemic.

“It’s decreased from when we were busiest, but we’ve maintained a steady group of clients,” said Casey. “I’ve been able to spend more time on it recently and the hope is to expand our territory and offer curbside pickup.”