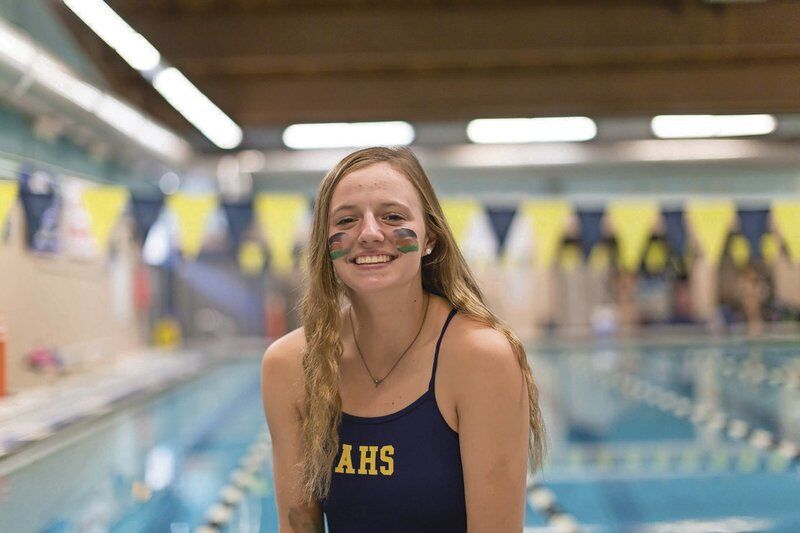 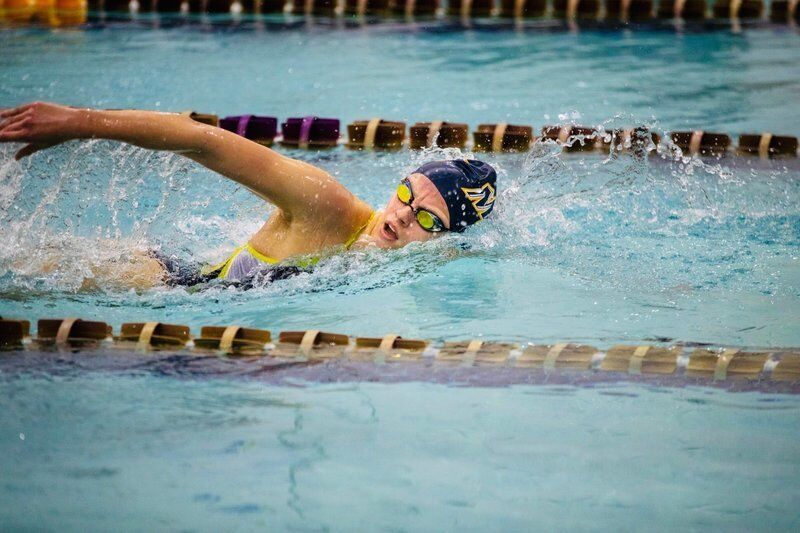 Courtesy of Merrimack CollegeMerrimack College’s Jordan Clements of Andover set five school records last year and has her eyes on at least two more this year — if there is a season. 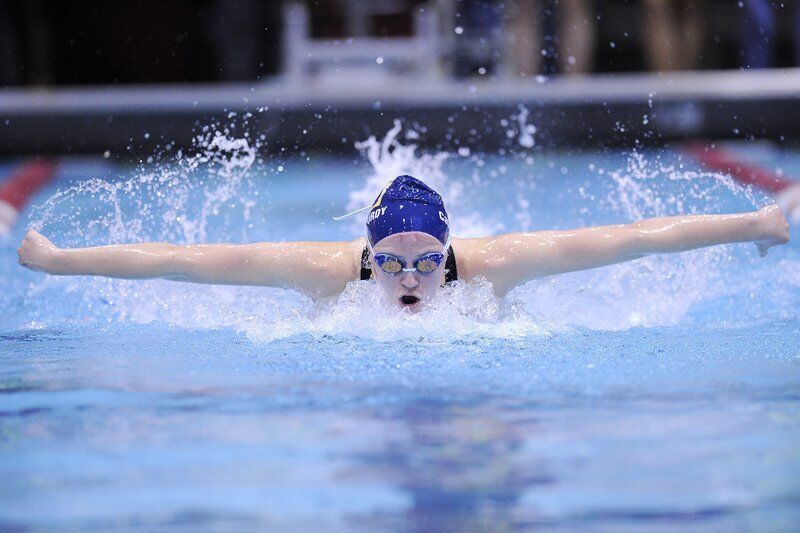 Photo by Joseph PreziosoJordan Clements, taking part in the 100-yard butterfly at the Division 1 state meet, was a two-time state champ in the breaststroke at Andover High and was on four state championship teams.

Courtesy of Merrimack CollegeMerrimack College’s Jordan Clements of Andover set five school records last year and has her eyes on at least two more this year — if there is a season.

Photo by Joseph PreziosoJordan Clements, taking part in the 100-yard butterfly at the Division 1 state meet, was a two-time state champ in the breaststroke at Andover High and was on four state championship teams.

To a degree, Jordan Clements has already made a name for herself as a swimmer at Merrimack College.

The former Andover High standout, who was a stalwart on four state championship teams and was a two-time individual state champ in the breaststroke, set five school records as a Merrimack freshman last year and won three events as the Warriors captured their first dual meet as a Division 1 school.

Talk about making a splash!

But how many people noticed? Unlike at Andover, where the powerhouse team gets plenty of attention, Merrimack College swimming has probably been more of an afterthought on campus.

“Honestly, I don’t think a lot of people even knew we had a team,” said Clements, who is known as Jordy to her teammates. “It was a lot different than in high school.”

The nature of the sport is part of the reason for that, but it’s also that Merrimack swimming is still a young program and it has struggled for success, especially last year in Division 1.

The Warriors were swamped in their first two Division 1 meets, 237-58 and 256-65, their only two victories were against Division 2 schools and they finished ninth out of nine in the NEC league meet.

“That was definitely a change of pace for me coming from (Andover) where we were expected to win every meet,” said Clements. “It was a little bit of an adjustment, but the team was great and we were motivated to work hard to make a name for ourselves in a new conference.”

And, if Clements has her way, the degree of success for Merrimack swimming will be on the rise before long.

“I think people will be surprised at how much we improve over the next few years,” said Clements. “We’re working hard for that.”

Clements will undoubtedly be at the forefront of however high the Warriors rise. After setting school records in the 50 and 100 breaststroke, 100 and 200 butterfly and the 100 individual medley last year, she is chasing new records.

“They (the records) were super cool for me, coming onto the team and knowing I was making an impact,” she said. “This year, my goal is to get the record in the 200 and 400 IM.”

Of course, when that will be is up in the air. For social distancing reasons, the team is practicing in groups of four swimmers at a time at the Andover/North Andover YMCA with no idea when its season will officially commence. It will certainly be much later than last year, when the first meet was Oct. 4.

“We’re waiting to find out what the conference will decide about having a late fall or winter season,” said Clements. “It’s a little hard (training) knowing that there aren’t any meets scheduled and the no-competition (prospect) is definitely on our minds.”

Clements and her teammates certainly have their fingers crossed that there will be a competitive season. Otherwise, how will they ever make a name for themselves?