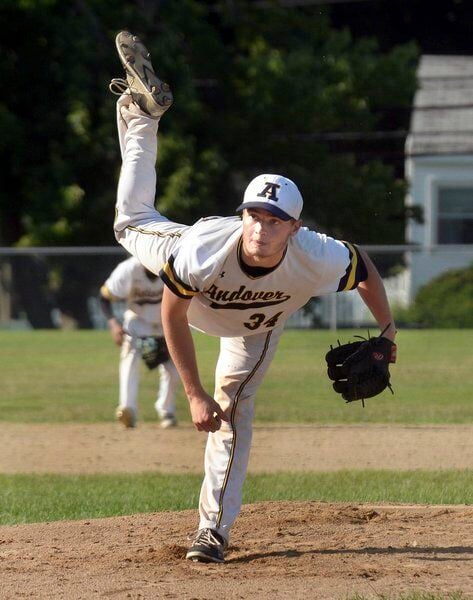 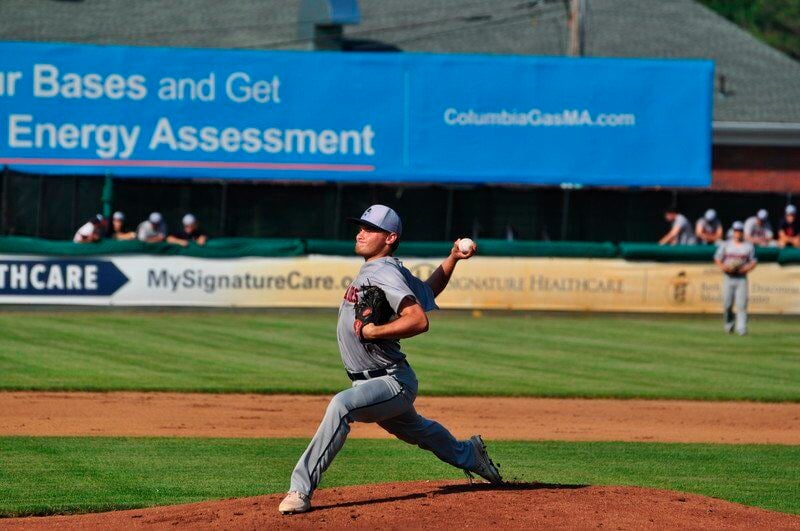 While most baseball players are sitting at home without a league to play in, due to the coronavirus, Andover’s Cedric Gillette is delivering a stellar summer.

The former Andover High ace is pitching for the North Shore Navigators of the Futures Collegiate Baseball League. The team plays out of Lynn, Mass.

Entering the week, Gillette had pitched in four games for the Navigators this summer, four starts and one relief appearance. He owned a 1-1 record with a 3.17 earned run average and 12 strikeouts in 17 innings.

His best summer outing so far was allowing one run and three hits in five innings against the Brockton Rox.

Gillette is heading into his junior season at Merrimack College. Before the spring was shut down by the coronavirus, he was 2-0 with 14 strikeouts in 22.2 innings for the Warriors as a sophomore.

Here, he talks about pitching and his summer on the mound:

What’s been the most unique or memorable part about this season so far? What’s the energy like being back out there competing?

I think the coolest part of being out here is that there are a lot of local players. I get the opportunity to play with a bunch of kids that I used to compete against and considered rivals and opponents, so it’s cool to get to play with them and see the way they operate. Kids that I used to want to beat now are my teammates and I root for them.

The energy being back is really good. It’s fun to be back out here playing baseball after there wasn’t a whole lot to do being stuck in the house for a while.

What’s your favorite park to play in, whether it’s from high school, Futures League or college, and what makes that place special?

Fraser Field (home of the North Shore Navigators) is my favorite park to play in because the Fraser faithful are my favorite fans.

Any equipment preferences or must haves, whether it’s glove, bat, spikes, etc?

I’ve been using the same glove since I was a sophomore in high school. It’s beat down pretty badly, but I won’t switch gloves because I like it. I always wear ankle socks, no matter what.

If you could talk to anyone from anytime in baseball, who would you want to chat with and what would you ask?

I’d probably go with guys like (Red Sox great) Pedro Martinez or (Atlanta Braves legend) Greg Maddux. They were really good pitchers and especially guys who had great changeups. I’d try to just see if I can learn anything from them to become a better pitcher, but probably one of those kinds of guys that really commanded the zone and had dominant seasons.

What did/would you choose for your walk-up or bullpen entrance music and is there any meaning behind it?

I went with Sirius by The Alan Parsons Project, the old Jordan Bulls intro song. I’ve been using it since my freshman year of high school so no one can say I’m on The Last Dance bandwagon.

Who’s someone you really looked up to as a kid that you still admire, whether it’s in sports or just in general?

I’d say Paul Pierce. I went to a lot of Celtics games when I was a kid and I really liked him because he was someone who stayed in Boston, didn’t leave in free agency and won us a championship.

What’s your major and/or favorite class in college?

My major is political science with a minor in pre-law. My favorite class was statistics because it had a lot of applications to sports, which I really enjoyed.