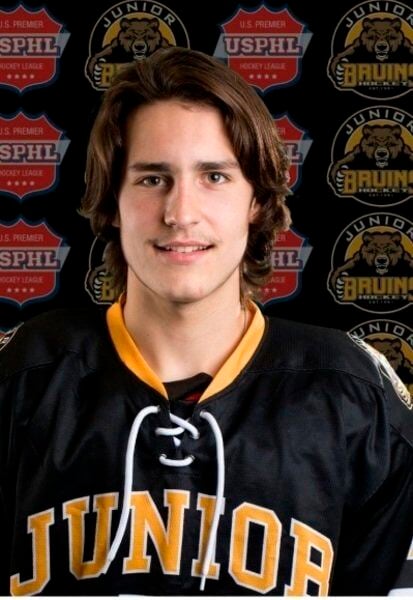 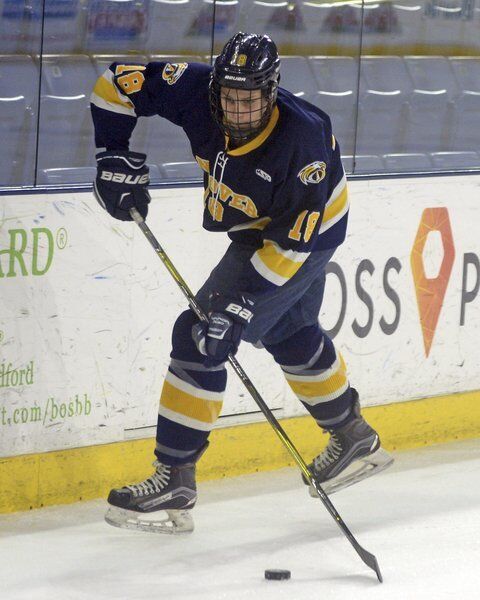 Staff file photoAndover's Shane Lachance, here during his time with Andover High, was selected in the sixth round of the NHL Draft by the Edmonton Oilers on Saturday. He's committed to Boston University.speeds toward the Hingham net during the first period of Wednesday's Super 8 opener game at the Tsongas Center in Lowell. 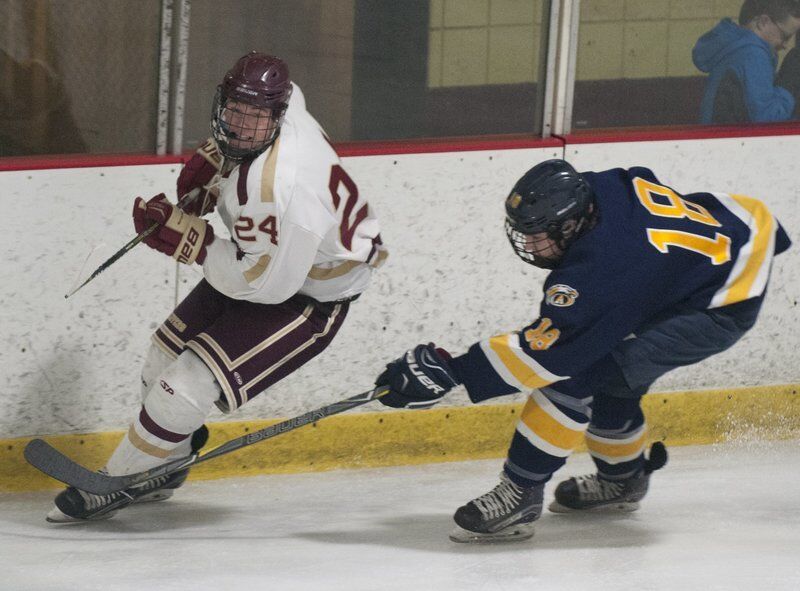 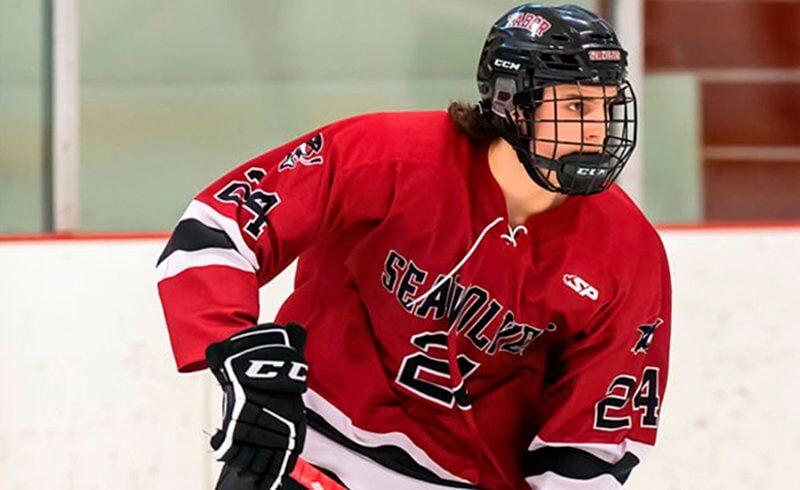 Courtesy PhotoShane Lachance starred at Andover High and Tabor Academy. On Saturday, he was drafted by the Edmonton Oilers.

Staff file photoAndover's Shane Lachance, here during his time with Andover High, was selected in the sixth round of the NHL Draft by the Edmonton Oilers on Saturday. He's committed to Boston University.speeds toward the Hingham net during the first period of Wednesday's Super 8 opener game at the Tsongas Center in Lowell.

Courtesy PhotoShane Lachance starred at Andover High and Tabor Academy. On Saturday, he was drafted by the Edmonton Oilers.

Andover’s Shane Lachance saw the news first on television. Then, moments later, the phone call arrived to make the dream a reality.

The 17-year-old was officially a National Hockey League draft pick.

Lachance was selected in the sixth round of the 2021 NHL Draft — No. 186 overall — by the Edmonton Oilers on Saturday.

“It really is surreal,” said Lachance. “It’s been a dream of mine for so long to be picked in the NHL Draft. I put so much work into it, and now it’s a reality. But the road doesn’t end here. This is a new beginning to my hockey career.”

The towering 6-foot-4, 190-pound winger and Boston University commit entered the weekend ranked the No. 110 North American (USA and Canada) skater in the draft by NHL Central Scouting. He was also ranked the No. 199 overall prospect by Thedraftanalyst.com.

“I talked to my agent a lot heading into the draft,” said Lachance. “He gave me an idea of the teams that were interested. I interviewed with some teams. I went into the draft knowing I had a good chance of being selected, probably in the fourth round or after. But sitting there watching the draft on TV was tough for a little while. I was pretty anxious.”

Watching the draft at his family’s Andover home with some family and friends, Lachance had just returned from a restroom trip when the his name flashed across the TV screen.

“I saw it on TV first, and to see my name next to an NHL logo was amazing,” he said. “Everyone was jumping up and down and screaming. I’ve watched the draft for so many years. To see my name pop was surreal. After that, Edmonton’s head scout (Barry Fraser) reached out to me, as well as (director of amateur scouting) Tyler Wright.

“It’s such an honor to be picked by a legendary organization like Edmonton. Wayne Gretzky played for the Oilers, and now they have the best player in the world in Connor McDavid. And to be picked by a Canadian team is pretty interesting.”

The Lachance family, of course, is no stranger to professional hockey. Shane’s dad Scott played in NHL from 1991-2004, and is now the head of US scouting for the New Jersey Devils. The Devils posted a video of Scott celebrating when his son was drafted, then Scott becoming emotional as he spoke with his son on the phone.

“My dad told me to enjoy every moment,” said Shane. “He said that this is a one-in-a-lifetime moment. He told me that he knew I would be stressed, and that there would be anxiety. But he said to enjoy the moment, because it only happens once.”

His senior season, however, was over before it began as Tabor’s season was canceled due to the COVID-19 pandemic. Instead, Lachance played 25 games for the Boston Junior Bruins of the United States Premier Hockey League, notching six goals and nine assists.

Next up, Lachance will take his skills to the country’s premier junior league, the United States Hockey League. He’ll play for the Youngstown (Ohio) Phantoms, who traded for his rights in February. He’ll head there at the end of August.

After that, Lachance still plans to follow in the footsteps of his father and grandfather and play for Boston University. He committed to BU last August, and will likely join the Terriers in the 2022-23 season.

“Boston University has always been my dream school,” said Lachance. “We’ll see what happens in the future. For now, I’m working out, skating a lot. I’m working on getting bigger, faster and stronger. I’m very excited about what my future in hockey holds. I’m excited for what’s to come.”

— E.J. Hradek, NHL Network: “A big strong left winger out of the Boston area. Gets to the net, can really get into those tight areas and make things happen.”

— Steve Kournianos, Thedraftanalyst.com: “A hulking winger who dominates the low slot, Lachance is a physical yet soft-mitted power winger who proved to be too overpowering for his circuit.”