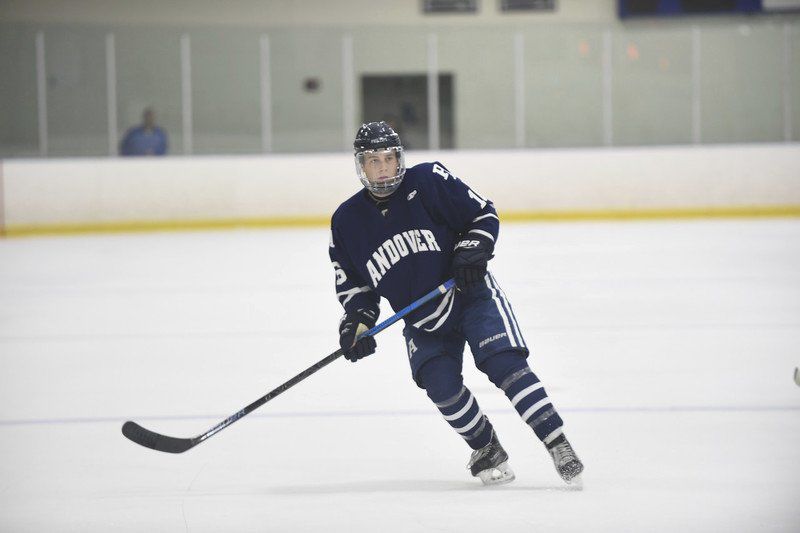 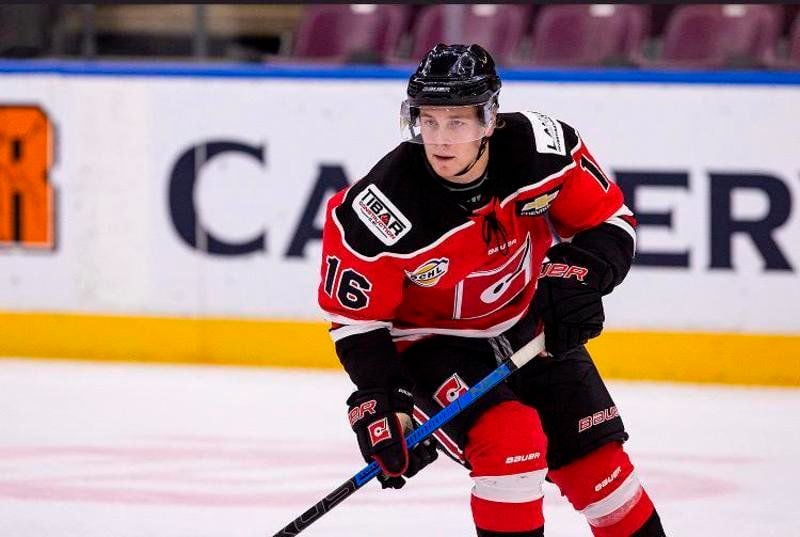 Courtesy photoAndover’s Thomas Manty looks to make a play for the BCHL’s Merritt Centennials this winter. The former Central Catholic and Phillips Academy star won the team’s Rookie of the Year award.

Courtesy photoAndover’s Thomas Manty looks to make a play for the BCHL’s Merritt Centennials this winter. The former Central Catholic and Phillips Academy star won the team’s Rookie of the Year award.

But he knew he was stepping into a whole new world when he took his hockey career to Canada this winter, as a member of the Merritt Centennials of the British Columbia Hockey League.

“Adjusting to the overall play was a big challenge,” said Manty. “The BCHL is much faster and more physical and skilled than prep hockey. So completely adjusting took me some time. Junior hockey is essentially pro hockey without the pay, so getting used to the lifestyle of just hockey takes some time.”

After a few early bumps, the forward proved he could more than hold his own in the BCHL, a Canadian Junior-A league.

Manty tallied 12 goals and added 22 assists for the Centennials this winter. He won Merritt’s Rookie of the Year award, and was named one of the BCHL’s Players of the Week on Feb. 18.

“I’m very happy with my season,” said Manty, who is now back at home in Andover. “I’d say I exceeded my expectations. I knew I wasn’t going to dominate the league in my first season. I was lucky to play as much as I did as a rookie.

“Through the first half, I was on a roller coaster of highs and low. After coming home for the Christmas break, I got to recharge the batteries and finished my last 20 games on a high note with 16 points.”

During his senior year at Phillips, Manty began to explore his next hockey home.

“I started talking to BCHL teams during the Christmas break of the 2018-2019 season,” he said. “I was lined up to go to the Salmon Arm Silverbacks going into May. Then, the same day they called to tell me it wasn’t going to work there, the new head coach of Merritt emailed me asking if I had any interest in joining the team.”

Manty joined the Centennials, who are based in Merritt, British Columbia, a town (population 7,139) considerably smaller than his lifelong home of Andover (population 36,500).

“It’s important to find ways to get your mind off the game when you are away from the rink,” said Manty. “That took some getting used to, being in a small town like Merritt. And Merritt has the smallest rink in the league. The size is similar to the Lawrence Valley Forum.”

Manty scored his first goal in Merritt’s third game, but his favorite was a game-winner against the team that let him go, the Silverbacks.

“My dad happened to be at the game, because he was visiting for the weekend,” said Manty, whose father is Andover High assistant coach and former interim head coach Scott Manty. “I scored a top shelf, one-timer on the power play. I earned the second star of the game award. There was nothing more I could have asked for than to have my father see it all!”

Manty finished the season third on the Centennials in points (34), good for 18th among BCHL rookies. His biggest night was a two-goal, three-assist performance in a win over the Alberni Valley Bulldogs in the third to last game of the season.

Manty now plans to play one more year in the BCHL, to bolster his college hockey prospects.

“The BCHL is definitely helpful (with recruiting),” he said. “Every night you’re playing against top talent who are committed to Division 1 schools. And there’s always people in the stands or watching from the live stream.”

What is the BCHL?

The BCHL was founded in 1961, and featured 17 teams in four divisions, all based in British Columbia. Andover’s Thomas Manty plays for the Merritt Centennials, one of the league’s founding members.