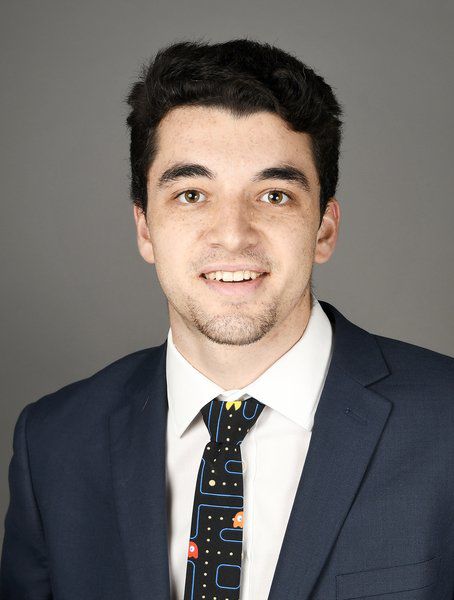 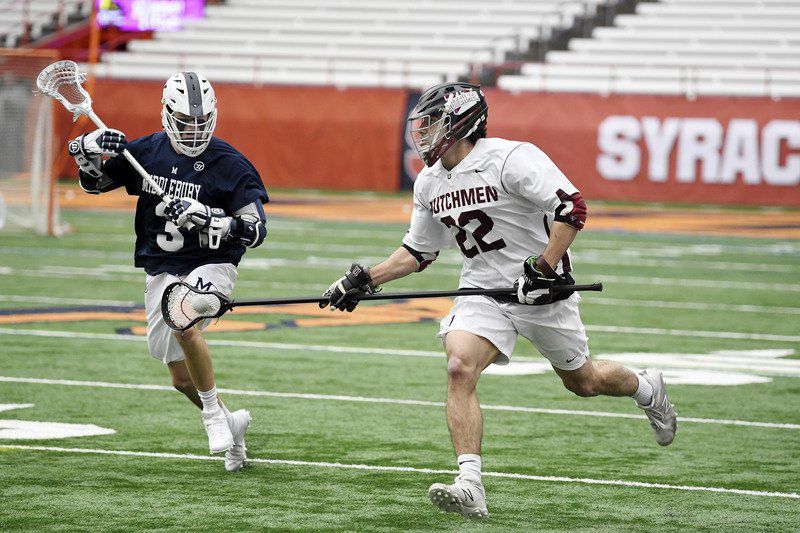 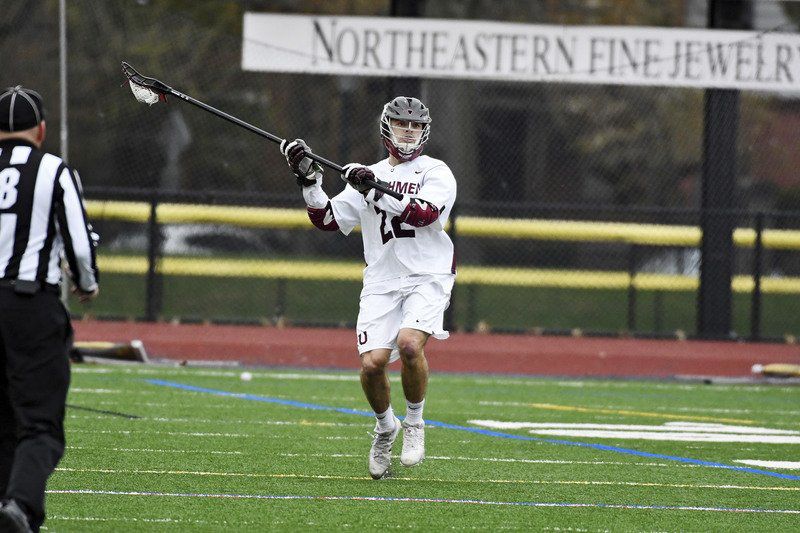 Union College Athletics/Ross LaDueAndover’s Ryan Puglisi looks to pass the ball for Union College. A star on the field and in the classroom, Puglisi earned a major award this spring.

Union College Athletics/Ross LaDueAndover’s Ryan Puglisi looks to pass the ball for Union College. A star on the field and in the classroom, Puglisi earned a major award this spring.

For Andover’s Ryan Puglisi, earning one of Union College’s most prestigious scholar-athlete awards was as much an honor as it was a call to action.

Earlier this month, Puglisi, a junior, became the first men’s lacrosse player to receive Union’s Ritterbush Award, which honors “The student who best exemplifies ‘mente et corpore’ — sound mind and sound body — the attributes of a scholar-athlete.” One male and one female athlete from the school take home the award each year.

“I had the chance to talk to (businessman) Stephen Ritterbush (Union, class of 1968),” said Puglisi. “He reminded me to always live life like an adventure, and to make sure that what I do, whether it is work related or not, brings me happiness and joy. Otherwise, what is the point?

“That is something that I’ve always tried to live by. But, for some reason, his delivery and stories, and the way he relayed this message really resonated with me, and will truly be something I live by for the rest of my life.”

A former Andover High (class of 2017) star — and son of longtime Golden Warriors coach Wayne Puglisi — Ryan was five games into his third spring as a starter for the Union lacrosse team when the season was cancelled due to the coronavirus. Union (4-1) was ranked No. 10 in the country prior to the stoppage.

The 6-foot-1, 200-pound defender was All-Liberty League in 2019, finishing second on the team with 23 caused turnovers and added 32 ground balls. Union advanced to the third round of the NCAA Division 3 tournament, and finished No. 12 in the country. As a freshman, he appeared in all 15 games for Dutchmen, making six starts.

“In my eyes, the defense is the backbone of the team,” said Puglisi. “It’s not only our play that we need to make sure is on point. We need to be able to communicate everything. We never know who will be in front of us. We have to be able to adjust on the fly and keep everyone in line.

“The pace of play in college is so much faster than high school. The level jump was shocking. It hits you quick and you need to adapt fast. I’m proud of my athletic or academic accomplishments, but I’m more proud of the person Union has helped mold in the process.”

Growing up, and then at Andover High, lacrosse was a family affair for the Puglisis.

Ryan broke into Andover’s lineup as a starting defender as a sophomore in 2015. He was twice named All-MVC (2016-17), and as a senior was named to the All-Eastern Massachusetts Lacrosse Coaches Association team, leading Andover to a 16-5 record

“Playing for my dad will forever be the greatest thing I’ve ever done,” said Ryan, who also played varsity basketball. “He taught me so many lessons through lacrosse that will always be a part of who I am. Having my dad as my coach, he told me I would have to work twice as hard for everything I wanted to achieve. That is something I will carry with me forever.”

“I’ll never forget how happy and proud it made my dad to see his two sons playing side by side,” said Ryan. “I remember our car rides home blasting the same song after every win and the deadly silence after every loss. I remember the memories I made playing alongside my brother and father the most.”

Union College lacrosse star Ryan Puglisi won the school’s Ritterbush Award for his work on the field and in the classroom.

“I take immense pride in my studies,” he said. “Lacrosse isn’t going to pay the bills after college, so making sure I have my work straight is always first priority. I wouldn’t say I’m studying all hours of the night, but I have without a doubt had some late nights. As a mechanical engineer there is never an easy class or term.”