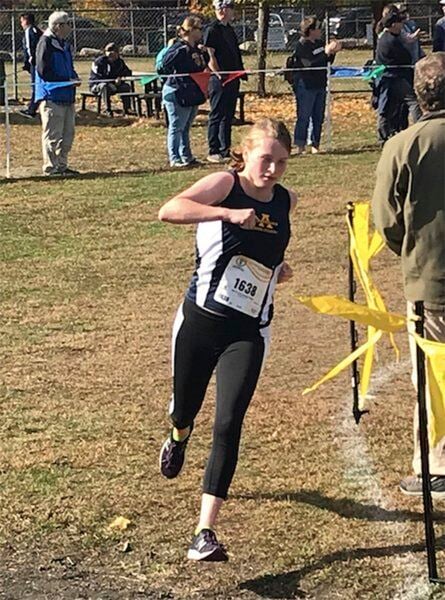 Courtesy photoJunior Abby Redington, who has cystic fibrosis, has been in Andover’s top 3 all year. 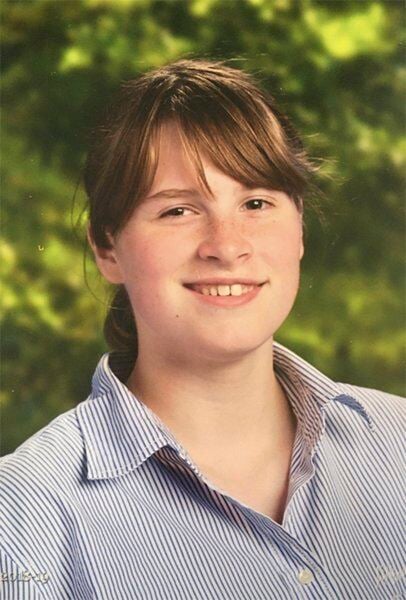 Courtesy photoJunior Abby Redington, who has cystic fibrosis, has been in Andover’s top 3 all year.

Redington has cystic fibrosis, which is a genetic disorder that can damage the lungs. So one would think that the exertion required by running cross country would not be such a perfect fit.

But Redington, who has been the Warriors’ No. 2 or 3 runner in meets this fall, believes the contrary.

“I think running is good for me,” said Redington. “The point is to build up your lung strength, which running does.”

Redington has had that belief for years, but she didn’t start running cross country until her freshman year. Prior to that, she had gone out on solo runs of various distances.

“I enjoy running, but I also do it for the health benefits,” she said. “That’s also what motivated me to do cross country. But, after I joined, I really liked the team aspect, too.”

Although she was generally in the team’s top seven runners last year, Redington has shown significant improvement this fall. She scored a season-best fourth place finish in 20:19 against Central Catholic. She was also fifth against Billerica — running her season-best time of 19:00 — and seventh against powerful North Andover and Lowell, considered by many to be the top program in Massachusetts.

Her best in 2019 was a ninth place finish in a win over Methuen in 21:47. She also ran for the varsity team as a sophomore.

She credits much of her improvement to one of the few positive aspects of the coronavirus pandemic.

“I started taking running more seriously and there was a lot more time to run,” said Redington, who had a personal-best 20:56 for 5K in her first race of the season. “It was a good way to get out of the house and be outside and still be safe.”

“Abby works as hard as anyone and is an inspiration to all of us,” said Kiley. “It’s pretty impressive what she is able to do.”

What’s just as remarkable is that Redington is also heavily involved in Show Choir, a performance group which requires both singing and dancing, the latter of which requires plenty of exertion as well. She practices twice a week with the choir, which has a number of competitions.

Redington says that both her doctor and parents “happily encourage” her to run cross country as well as perform with the Show Choir, and their encouragement is paying off. When she was younger, she had to be hospitalized several times with cystic fibrosis-caused infections. But her last hospitalization was in the fifth grade.

Which may give more feed for those who extol the many benefits of running cross country.

What is cystic fibrosis?

Cystic fibrosis is an inherited life-threatening health disorder that damages the lungs and digestive system. It affects the cells that produce mucus, sweat and digestive juices.

Treatment has advanced dramatically over the last 30 years and those born with CF today are expected to live into their mid-40s and often well beyond.