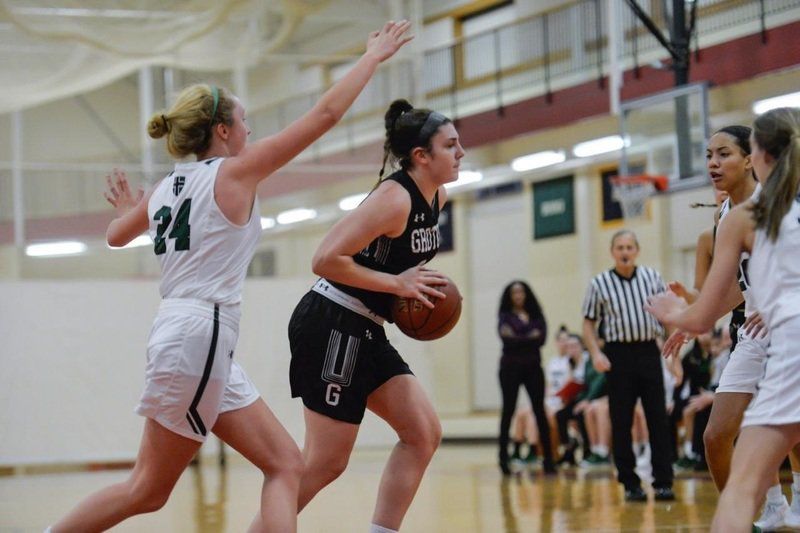 Courtesy PhotoAndover’s Katie Resendiz is coming off a breakout sophomore year at Groton School. Older brother Nick is a senior wide receiver for the Cheshire football team, and younger brother Danny will be a talented incoming freshman at Andover High. 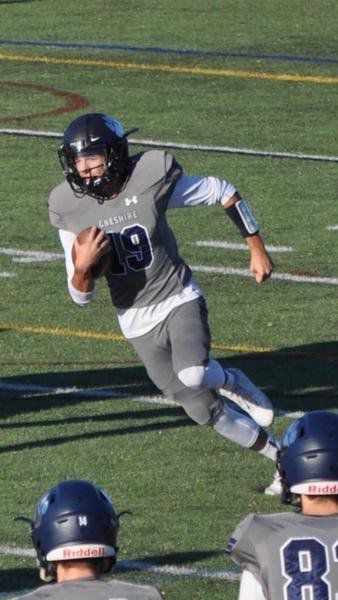 Courtesy PhotoAndover’s Nick Resendiz starred at Tilton before transferring to Cheshire this year. He’ll be playing football in college, and his two younger sibling, Katie and Danny, are both talented basketball players. 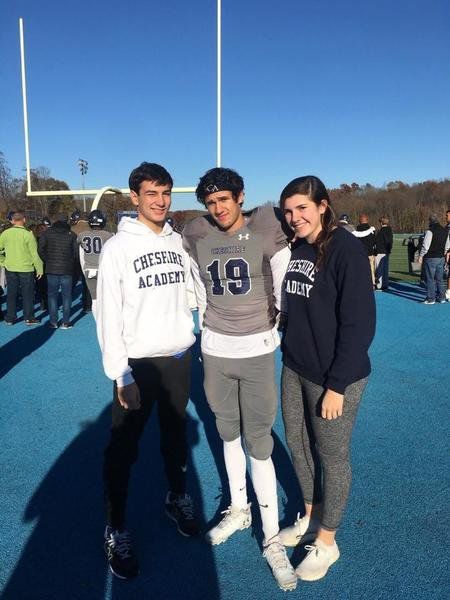 Courtesy PhotoAndover’s Katie Resendiz is coming off a breakout sophomore year at Groton School. Older brother Nick is a senior wide receiver for the Cheshire football team, and younger brother Danny will be a talented incoming freshman at Andover High.

Courtesy PhotoAndover’s Nick Resendiz starred at Tilton before transferring to Cheshire this year. He’ll be playing football in college, and his two younger sibling, Katie and Danny, are both talented basketball players.

The debate over who has the best jump shot in Andover’s Resendiz household probably will never be settled.

“I do,” said oldest sibling Nick, a senior at the Cheshire School.

“My dad says it’s my older brother, but I think I do,” said middle child Katie, a repeat-sophomore at Groton.

Yeah, things can get pretty competitive in this household in Andover, especially when you throw youngest sibling Danny, an eighth-grader at the Wood Hill Middle School, into the mix. But something all three can agree on is that they come from a pretty talented family.

Oldest child Nick spent two years playing football and basketball at Andover High before transferring to the Tilton School, where he reclassified as a sophomore.

He saw some minutes on a loaded basketball team, but truly broke out on the football field. With only around 250 people at the school, the 6-foot-1 Resendiz had to do a bit of everything for an under-manned squad.

In his repeat-sophomore season, he came away with an impressive six interceptions in only six games. Then, last year as a junior, he was moved to quarterback and was team MVP.

“He kind of hit for the football cycle,” laughed father Gus, a lawyer as well as a board member at the Lawrence Boys & Girls Club. “He had a kickoff return touchdown and punt returns. ... When he got team MVP, he was involved in all but two touchdowns for the whole season.”

But after his junior year, the coach at Tilton stepped down, and Nick decided to transfer to Cheshire (Conn.). He permanently made the switch to wide receiver this past fall, and was catching passes from quarterback Jack Brandon, who has a scholarship offer from Ohio State.

Middle child Katie started her high school career at powerhouse Tabor Academy, where she played alongside seven Division 1 commits. One was North Andover’s Nirel Lougbo, cousin of Wabissa Bede, who is now a freshman at Marquette.

So you could say the competition was tough.

But Resendiz learned a lot during her two years there. And after transferring to Groton before the start of this school year, where she is repeating her sophomore year, she is now starring. The 5-foot-10 guard averaged 12.2 points and 10.1 rebounds, and was named an ISL All-Star.

“I was definitely a more confident player this year than I’d ever been,” said Resendiz. “I love it at Groton. Academically, they push you to be your best, which is what I care about most.”

Danny, the youngest Resendiz child, has worn No. 31 for his Boys & Girls Club team as well as his AAU team for a specific reason.

It’s the number legendary coach Bert Hammel wore during his playing days at Bentley, and Resendiz was lucky enough to have Hammel as a sixth-grade coach before his passing.

“He brought the same enthusiasm for us that he did for his college players,” said Resendiz, a hot-shot 6-footer who can do a bit of everything on the court. “He would tell me all of the things I did good and bad after each game.”

Resendiz is hoping that No. 31 will be available next year at Andover High, where he’ll attend to play for coach Dave Fazio.

“I looked at prep schools like my siblings, but I thought it was best to go to Andover,” said Resendiz.

All three Resendiz kids agree that growing up around the other two has only made them better.

“We always would go at it in the driveway,” laughed Danny. “Being the youngest, I’d always get beat on a little. But it’s fun.”

And the athletic genes don’t stop in the immediate family. Their cousin is Alex Fleury, the record-setting Eagle-Tribune track MVP who is headed to Harvard.

But by the looks of things, the Resendiz family is headed for successful athletic and academic futures as well.

“We always go to each other’s games and cheer for each other,” said Katie. “We definitely compete with each other, but we all push each other to be better.”