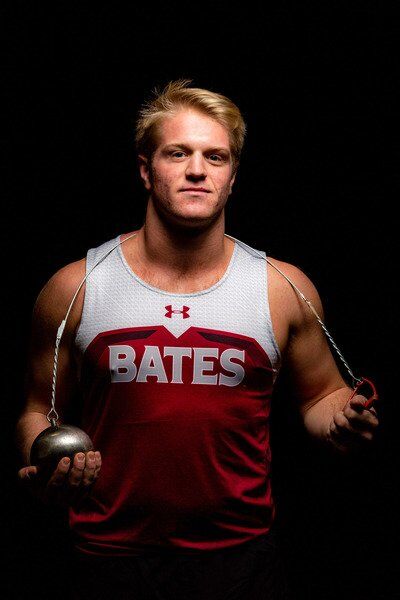 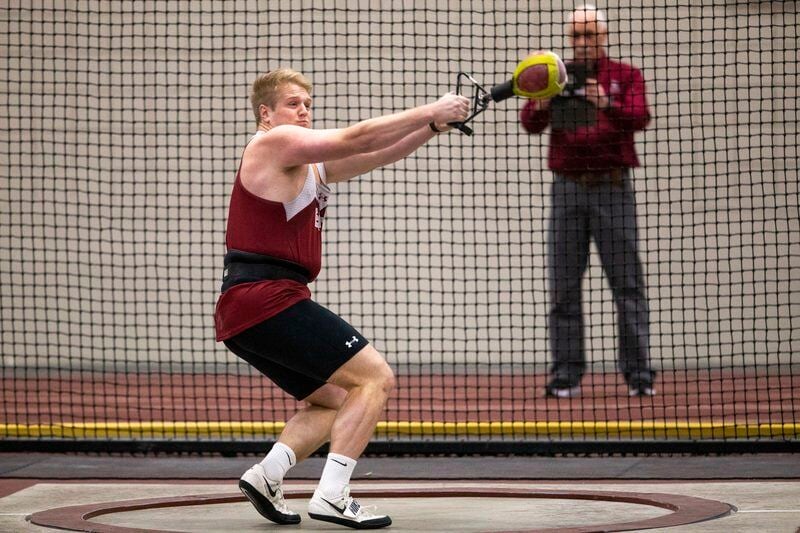 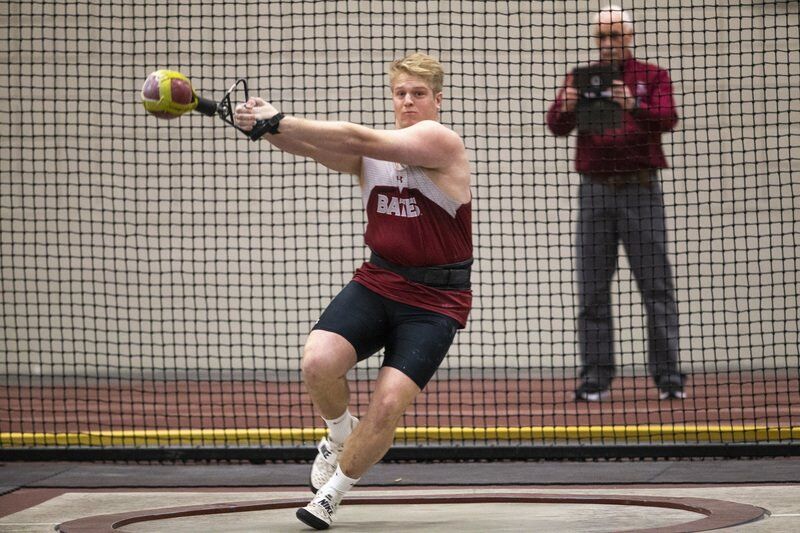 Photo by Theophil Syslo/Bates CollegeAndover’s John Rex competes in the weight throw for Bates College as a junior. This spring, Rex earned All-American honors in the hammer throw, in the final meet of his career.

Photo by Theophil Syslo/Bates CollegeAndover’s John Rex competes in the weight throw for Bates College as a junior. This spring, Rex earned All-American honors in the hammer throw, in the final meet of his career.

If Andover’s John Rex has reached the end of his career throwing the hammer in track and field, he certainly knows how to go out in style.

This spring, as a senior for Bates College (Lewiston, Maine), Rex earned All-American Honors in the hammer throw by placing fifth at the NCAA Division 3 Outdoor Track & Field Championships in May — the final meet of his college career. He had to skip graduation to compete in the meet, held in Greensboro, N.C.

“It feels surreal (to be an All-American),” said Rex. “I didn’t, by any means, think that a spring season was likely (due to the COVID-19 pandemic). So, to have only three meets and then NCAAs — and have it go so well — felt like a dream. I don’t think there are words to describe it, but I am very grateful for my teammates and coaches who helped get me to this point.”

At NCAAs, Rex launched the hammer 189 feet, 9 inches. That was 6 feet better than the No. 6 thrower, and the fourth best throw of Rex’s career. His personal best was 191-6, set earlier in the spring.

“Going to NCAAs, and having my whole family and alumni there to support me, was very special,” he said. “I had to miss my graduation, and sacrificed a lot of time and energy to get myself there, so getting the podium finish in front of my proud coach and family was a truly life-changing experience.”

That success came after quite a bit of change for Rex.

Despite an already outstanding career as a thrower, first at Phillips Academy — where he also starred as an offensive and defensive lineman in football — then at Bates, Rex decided to make a major overall of his fitness regiment during the coronavirus pandemic.

“I had time during the quarantine to dig deep into the fundamentals,” said Rex. “So I attacked my weaknesses, one of which was my diet. Nothing really inspired it other than wanting to throw farther and taking the necessary steps to bring my training to the next level. I had a lot of time to evolve given, I didn’t have a competition for over a year.

“I stopped eating meat, with the exception of fish, and ate a lot of vegetable and protein rich foods. My energy levels were much higher, and training was more productive. I also went heavier on the Olympic lifting, which to me is such an important factor in building explosiveness and speed.”

Prior to this spring, Rex last competed in the winter 2019-20 season, when he earned All-New England honors in the shot put (season-best 51-0.75) and repeated in the weight throw (season-best of 62-6.5, sixth best in the country). He made the NCAA Championship, but it was cancelled at the start of the pandemic.

The slimmed-down Rex returned with a bang this spring.

“Definitely hitting some PRs was exciting,” he said, “and having those moments in practice where I would see huge technical breakthroughs. Also, the adventures with my friends. It wasn’t an easy year, but we made the most of it!”

Now a college graduate, Rex is living in Princeton, N.J. He works full-time for Bank of America Merrill Lynch as a wealth management analyst.

For now, he’s putting his hammer, shot put and discus away, and focusing on different athletic goals.

“I’m taking a break (from throwing) for now,” he said. “I’ve shifted the athletic energy into CrossFit, and I’m loving it at the moment. Anything that’s competitive, really. It’s something I’ve always wanted to try, and I am really enjoying it.

“There’s never an easy time to end something that meant so much to you, but it feels right in this moment. I’m proud of what I was able to accomplish in my 5 1/2 seasons a Bates track athlete, and I am grateful for the shaping lessons I learned while there. I’m excited to move onwards in the workforce and life.”