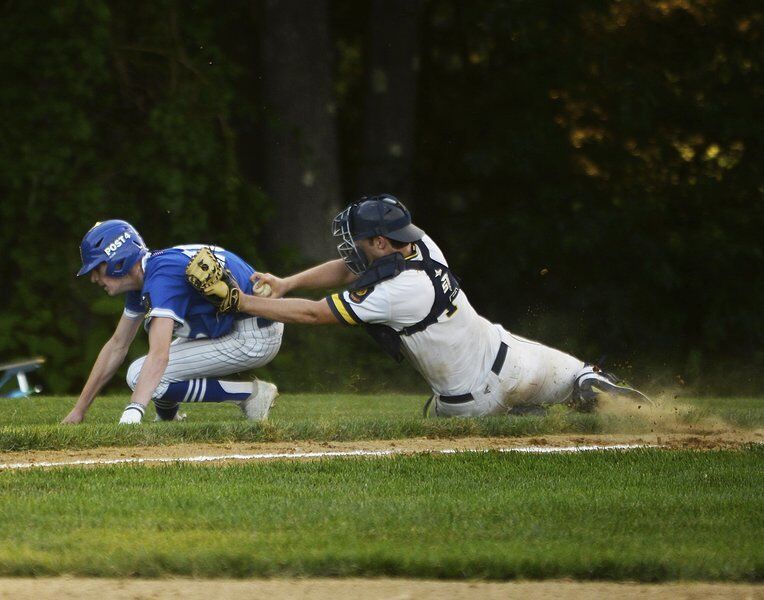 CARL RUSSO/Staff file photoAndover catcher Nolan Schirmer lunges to tags out Haverhill's Ryan Brown last summer. Schirmer does it all for the Golden Warriors, behind the plate and as a top hitter. 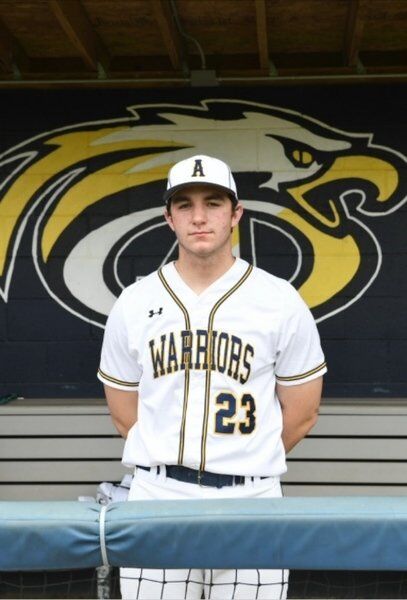 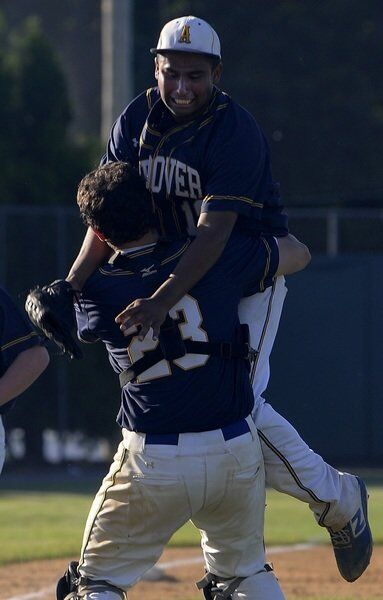 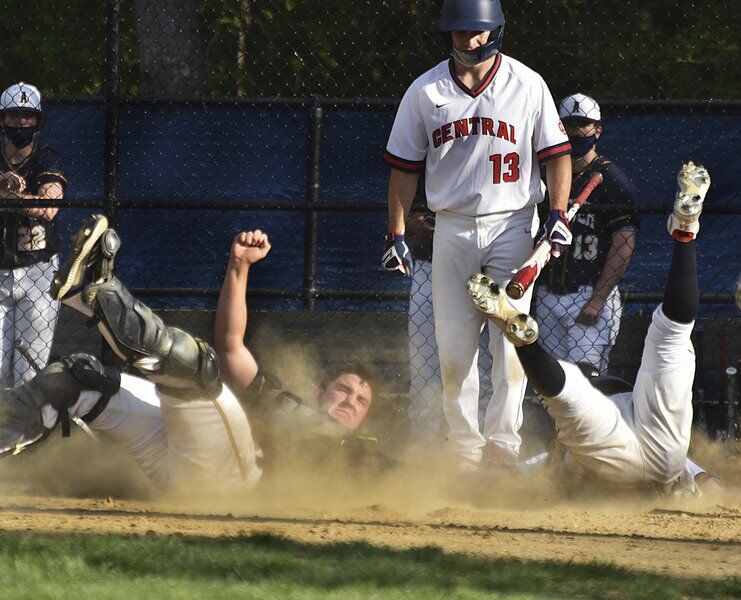 CARL RUSSO/Staff file photoAndover catcher Nolan Schirmer lunges to tags out Haverhill's Ryan Brown last summer. Schirmer does it all for the Golden Warriors, behind the plate and as a top hitter.

For Andover’s Nolan Schirmer, nothing compares to being at the center of the action.

That’s why, from the moment rules permitted, Schirmer was drawn to become a catcher.

“I love being a catcher,” he said. “It has always been the spot for me, and I’ve never thought of playing another position. I’ve been a catcher since the rules allowed players to pitch. I love the pressure and pace. Nothing is better than throwing a guy out stealing second, helping a pitcher get a strikeout or going all out for a diving catch.”

Schirmer has done that and so much more since winning the starting catcher job for Andover High as a sophomore, and emerging as one of the state’s premiere backstops.

After helping lead the Golden Warriors on a surprise run to the Division 1 North title game two years ago, then losing his junior season to the COVID-19 pandemic, Schirmer is back behind the plate for Andover, while also serving as the team’s cleanup hitter and a tri-captain.

“It means everything to me to be back,” said Schirmer, who is hitting .384 with two RBIs and two runs scored through five games this spring after hitting .333 with 11 runs and 11 RBIs as a sophomore for Andover.

“I’ve been in love with baseball since I was 4-years-old. There are pictures of me throwing, catching and hitting when I was really little. Last year, when COVID happened, my junior year came to a hard stop. It was a tough year to miss, since I was a captain, so I want to make the most of this season.”

Schirmer, who plans to join the Boston College baseball team as a walk-on in the fall, can do it all behind the plate according to Andover coach Dan Grams.

“Nolan is our field general,” said Grams. “He’s a very good defensive catcher. He blocks balls well, he calls pitches very well and he’s great with our pitchers. He also delivered the winning hit for us in the North semis against Lawrence (in 2019) and really carries the load for us emotionally. We wouldn’t have had the success we had two years ago without Nolan.”

While Schirmer is dangerous with the bat — he delivered the crucial RBI double against Lawrence in the North semifinal upset and drove in four runs in a win over Central Catholic in 2019 — his true passion is catching.

“I love to be a part of the action of the game,” he said, “to be involved as a leader on the field. You can see everything on the field and work with the pitcher on taking control of the game.

“The pitcher will always control the tempo of the game, but I can push him to go faster. I really like the partnership between a catcher and pitcher. We call pitches based on what I’m seeing from where the batter is set up in the box, how they are swinging or even what pitch I’m setting them up for next.”

He loves the position, even though he admits catching can be challenging physically and mentally.

“The greatest challenge is having to know all the arms in your pitching rotation,” said Schirmer, who also excels for the Andover American Legion team.

“Knowing their arm slot, how the ball tails off the ball, the tempo at which they like to pitch at and what type of break their off-speed has. I have to know when they are overthrowing and how to fix that in their delivery. It’s a challenge to have your eyes watching everything at once but also something that you can always improve on.”

Schirmer fulfilled his dream when he was accepted to Boston College as a student. Schirmer boasts a 4.3 grade point average and has taken Advanced Placement classes including US history, stats, language and composition and environmental science.

He now hopes to fulfill another dream by playing baseball for the Eagles.

“BC has always been my dream school,” he said. “My older sister is finishing up her junior year there, and my mom and three uncles are all BC alum. I went to BC games growing up and the campus and atmosphere are like no other, so I couldn’t imagine a better place to continue playing baseball on the Heights.

“I feel that I have nothing to lose by going in and trying out for the team. I love playing baseball and it would be an honor to continue to play especially at such a prestigious college.”