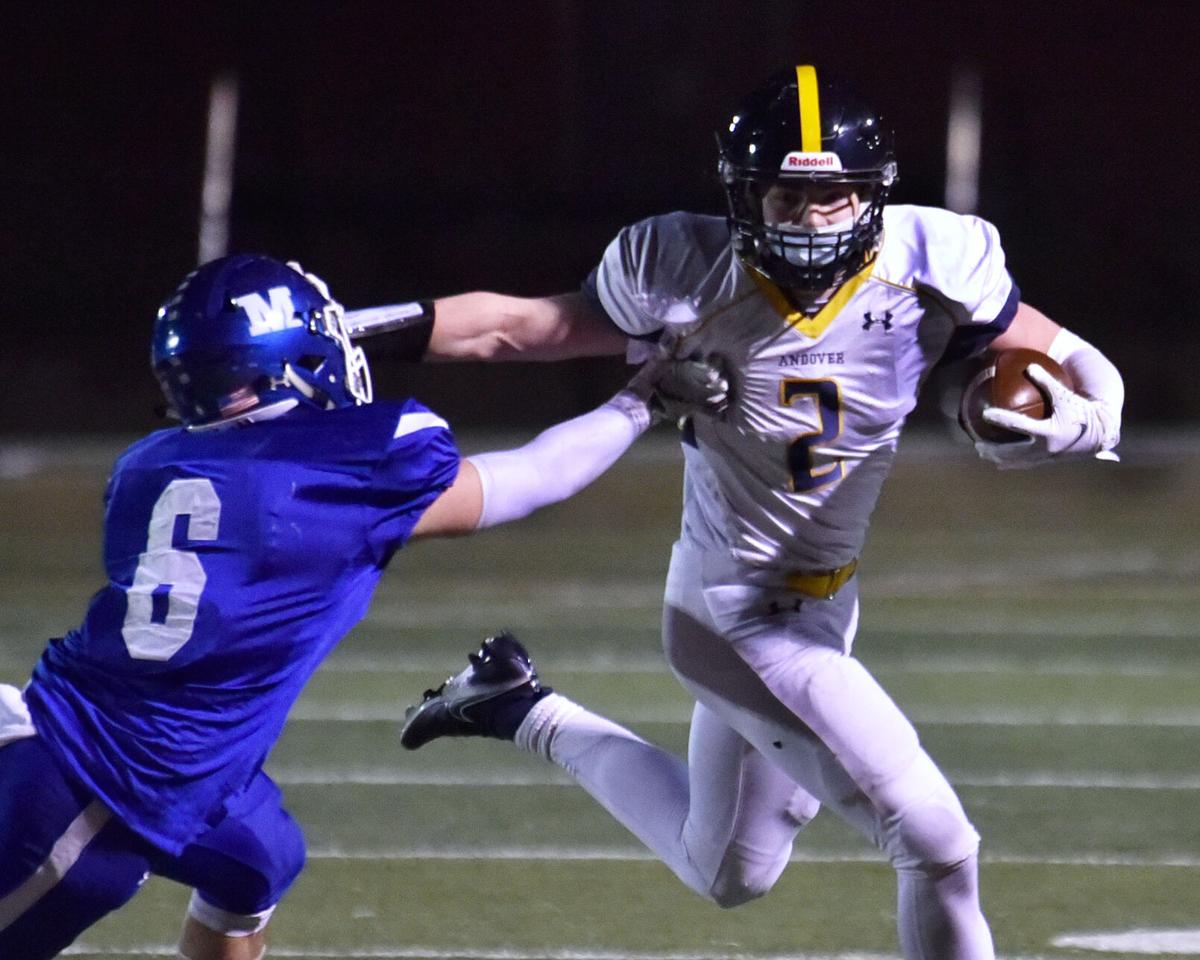 Andover’s Lincoln Beal stiff-arms a Methuen defender while breaking through the tackle during the Fall 2 season. All-Scholastic Beal is always dangerous with the ball in his hands, as a runner, receiver or kick returner. 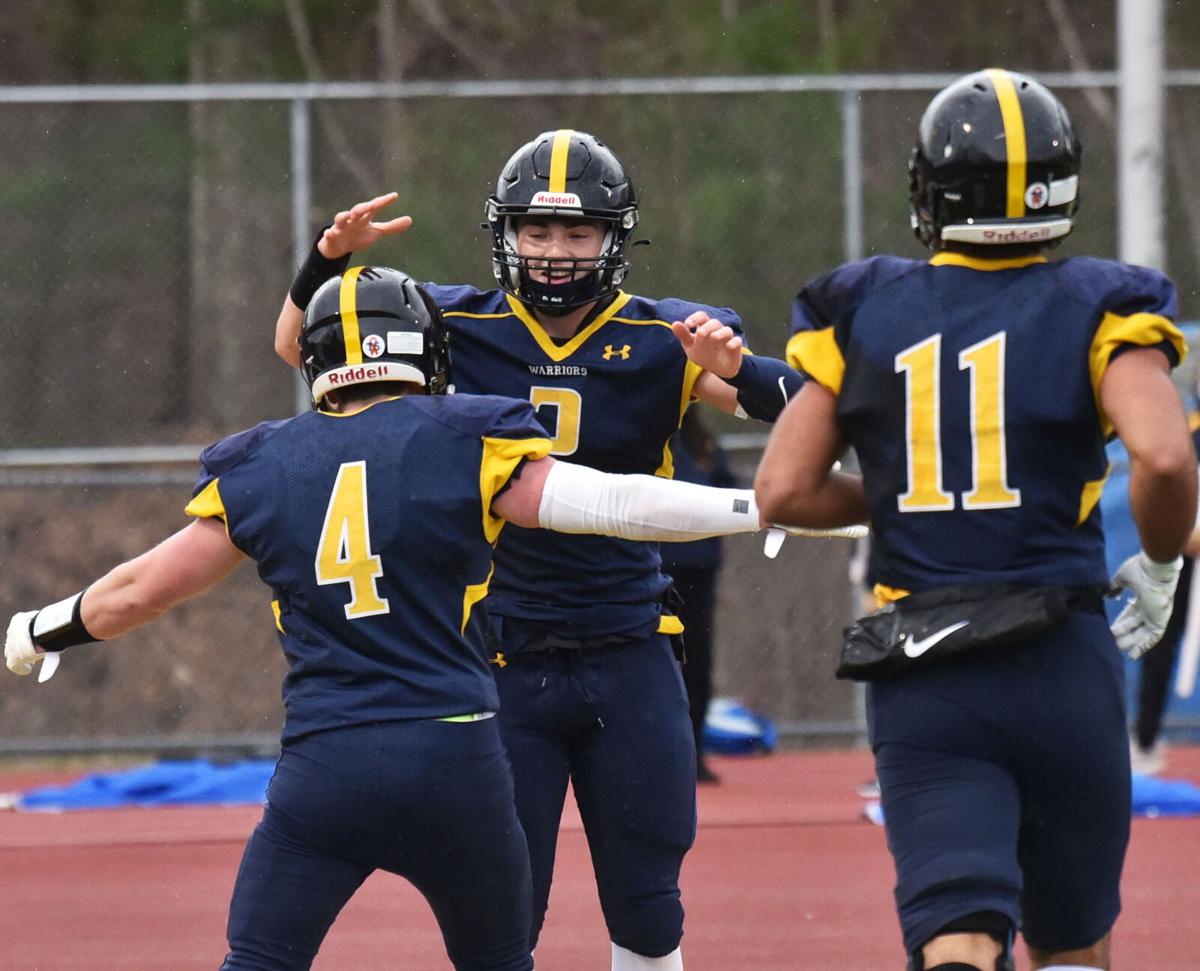 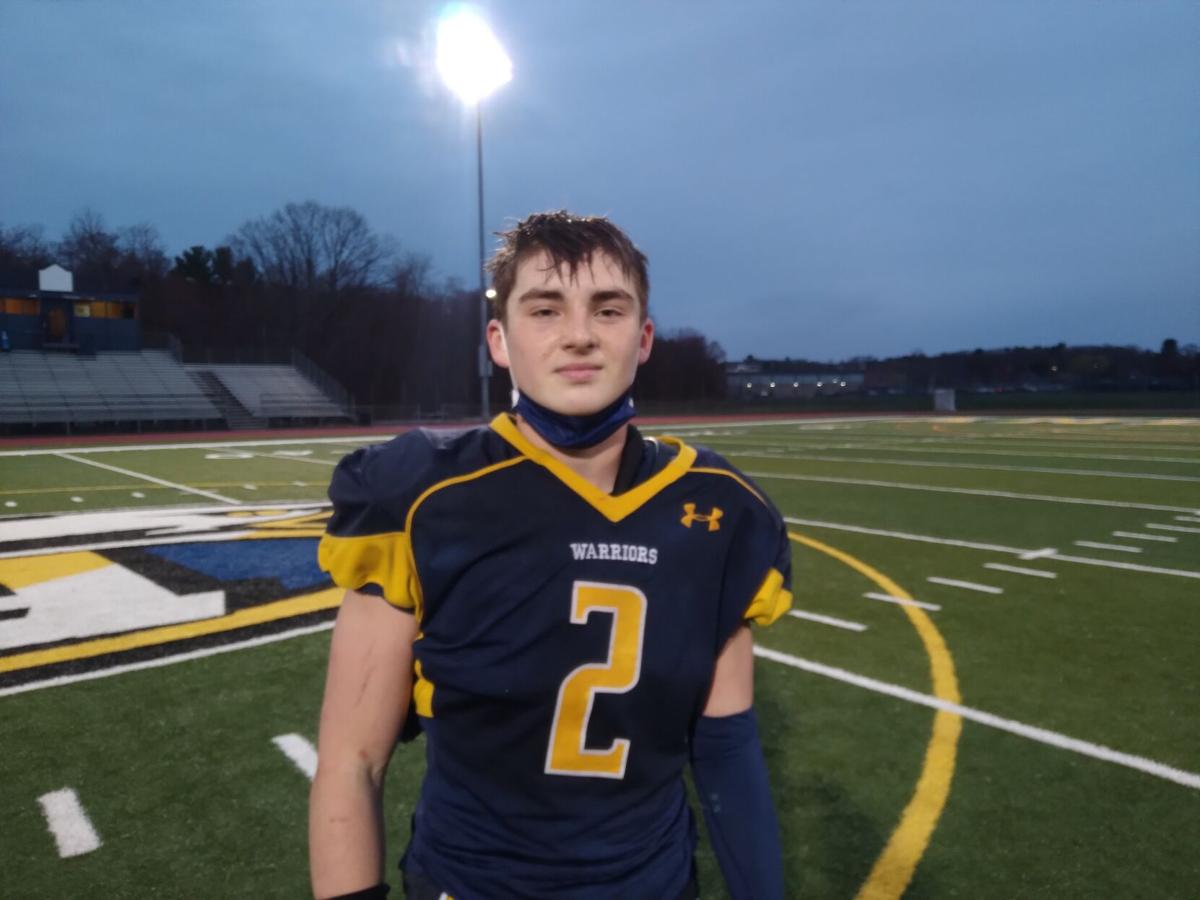 Andover’s Lincoln Beal stiff-arms a Methuen defender while breaking through the tackle during the Fall 2 season. All-Scholastic Beal is always dangerous with the ball in his hands, as a runner, receiver or kick returner.

Before all the accolades and Division 1 college interest, Lincoln Beal admits there were plenty of nerves two years ago, when the then-freshman found himself as one of the top running backs for the Andover High varsity team.

That is, until his first big play.

“There were some tough times early,” said Beal. “It was hard to learning the new playbook, and it was so hard not knowing what role I would have on the team.

“But, against Billerica (in his third varsity game), I had a 70-yard reception. That really boosted my confidence. After that, I was able to find my role and run with it.”

From there, Beal began establishing himself as one of the state’s most dynamic all-around weapons.

An All-Scholastic running back, he led Andover High in rushing and receiving yards during the Fall 2 season, while also starring at linebacker and as a kick returner.

Still just a junior, Beal will lead the Golden Warriors (1-0 this fall) into action on Friday, when they travel to face Acton-Boxboro (7 p.m.)

“We’re all thrilled to get back the field,” he said. “It was very tough not having football last fall. Having over a year of no football isn’t fun for anyone. I’m glad we are able to have this fall season and get back to the normal routine.”

Beal entered this season with high expectations after a breakout sophomore campaign.

In just seven games during the COVID-shortened Fall 2 season, Beal rushed for 703 yards and 6 touchdowns on 114 carries. That pace would have been good for more than 1,000 yards in a traditional 10 game schedule. The 6-foot, 200-pounder also caught 26 passes for 412 yards and three touchdowns.

At linebacker, Beal finished third on Andover with 34 total tackles —16 solo — with two interceptions and six pass breakups. He also averaged 19.8 yards per kickoff return and 9.8 yards per punt return.

“Lincoln’s unbelievable,” said Golden Warriors head coach E.J. Perry. “He was voted Andover’s outstanding player for the Spring 2021 season. I can’t remember the last time someone led their team in rushing and receiving, and he was our best defensive back. He looks tremendous after a big summer.”

Despite his talent on defense, Beal is best known for his game-breaking ability as a running back.

He opened this fall by rushing for 139 yards and adding 59 receiving yards in a win over Shrewsbury on Friday.

“My biggest strength is being able to line up anywhere on the field,” said Beal, who rushed for 314 yards as a freshman. “I can line up out wide, in the slot or in the backfield. It confuses defenses because they don’t know where I’m going to be. It’s just about knowing what the defense is going to do.

“A big touchdown is the best feeling in football. They are especially great after a long drive.”

Perry said that Beal impressed at camps for Rutgers, URI and Brown and at Boston College football’s junior day.

“Lincoln has improved his speed to 4.68 (in the 40-yard dash) and obviously his size is bigger and it is noticeable at 6-foot and 205 pounds,” said Perry. “He worked so hard, and should pick up right where he left off last season.”

For now, though, Beal has something more immediate on his mind this fall.

“My goals for this year are to go undefeated in the MVC and beat Central Catholic,” said Beal. “I believe we have a strong enough team to do that.”