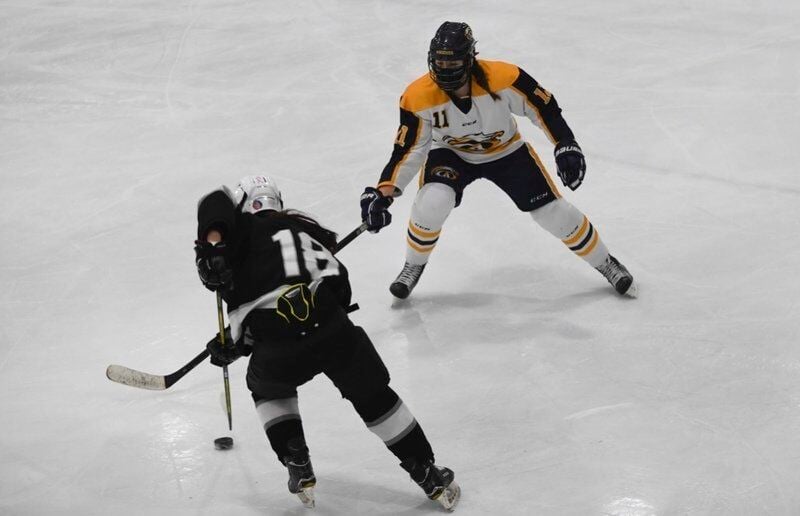 Courtesy PhotoAndover's Ashley Chiango looks to make a play on defense. Chiango has played defenseman almost since she started playing hockey at age 4. 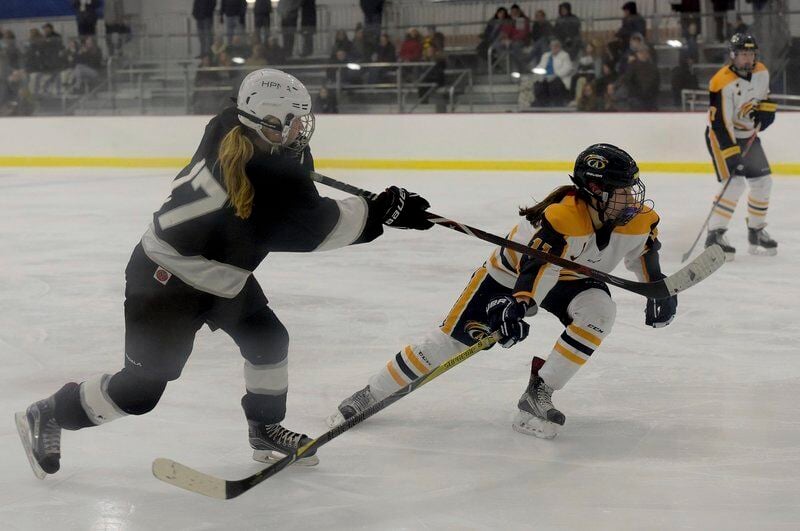 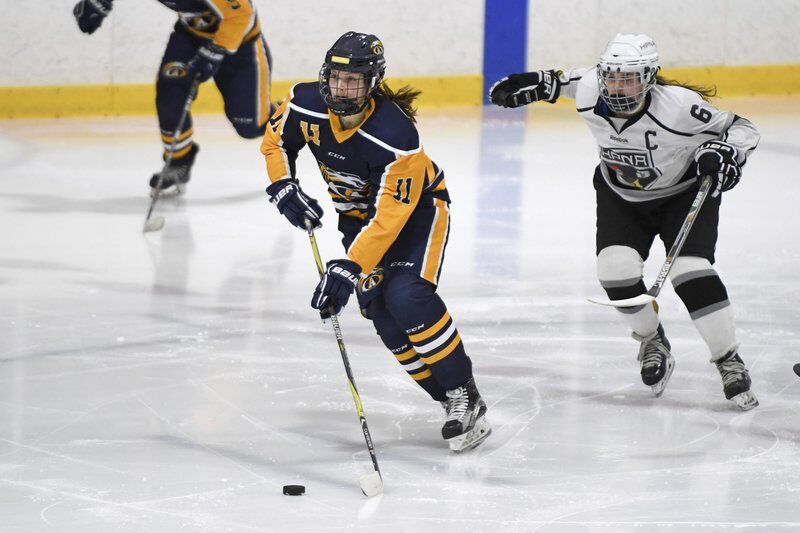 Courtesy PhotoAndover's Ashley Chiango takes the puck up ice against HPNA. Chiango is a top defenseman for the Golden Warriors, who opened the season with five straight wins. 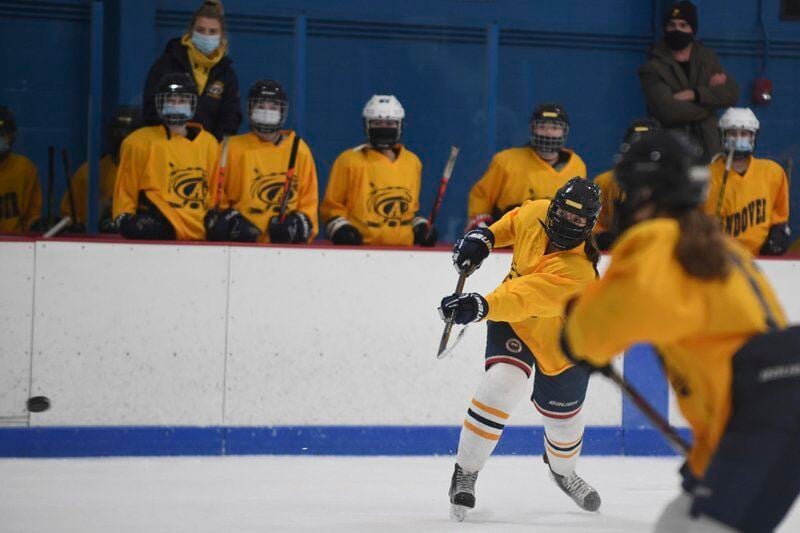 Courtesy PhotoAndover's Ashley Chiango looks to make a play on defense. Chiango has played defenseman almost since she started playing hockey at age 4.

Courtesy PhotoAndover's Ashley Chiango takes the puck up ice against HPNA. Chiango is a top defenseman for the Golden Warriors, who opened the season with five straight wins.

Try as she might, Andover girls hockey standout Ashley Chiango can’t kick a nasty habit on the ice.

She is, however, no longer allowing said habit to gnaw at her psyche.

“I still count every goal scored against me,” said Chiango. “But playing defense has taught me a lot about accepting my mistakes, learning from them, and moving on. As a defensemen, I’ve made a countless number of mistakes on the ice, and I’ve had to learn how to not get down on myself.

“Our assistant coach, Meagan Keefe, helped me move past mistakes by saying, ‘Tie it to a balloon and let it go.’ I remember her telling me this freshman year and it has helped me dramatically.”

So far this winter, Chiango hasn’t had to worry about releasing too many metaphorical balloons.

Led by a crushing defense paced by Chiango and a dominant offense that had scored 35 goals in five games, Andover girls hockey raced to a 5-0 record going into the week.

The Golden Warriors are currently ranked No. 7 in Massachusetts by the state-wide Hockey Night in Boston rankings.

This marks the second time in three seasons Andover has opened the season with five straight wins. The 2018-19 Golden Warriors started season with six straight victories, finished 19-3-1 and advanced to the Division 1 semifinals.

“Of course starting our season undefeated is thrilling,” said Chiango, a junior and member of the National Honor Society. “But the excitement goes beyond the scoreboard. The communication, teamwork, grit and energy out on the ice this year is what is making us so successful.”

Andover’s defense has allowed just eight goals on the season, surrendered only one goal to 2019 Division 1 state champion Methuen/Tewksbury and two goals to contender Haverhill/Pentucket/North Andover.

Leading the way on defense is Chiango, now in her third season as a top blue-liner.

“ Ashley is a great player,” said second-year Andover head coach Tyler Vigue. “She has been with the team since freshman year and has the skill sets to play college hockey.”

Chiango began playing hockey when she was just 4-years-old, and almost immediately she fell in love with playing defense.

“I’ve always been a defenseman,” said Chiango, who has not scored a goal this season, but has four assists. “I’ve tried playing forward on a few occasions, but I’ve always preferred defense. I like to be able to see the whole ice and keep the play in front of me. I also enjoy the physical battles in the corners and the shots off the point.

“I love the physical aspect of hockey. My coaches have helped me train hard and learn how to use my size and speed to my competitive advantage. Once I began to accept my mistakes and use them to help me improve, I noticed a dramatic difference in my performance on the ice as I was able to keep a positive attitude.”

Chiango was a key contributor to the 2018-19 Division 1 semifinalists, and last year’s squad that went 11-7-4 and lost to eventual state champ Austin Prep in the tournament.

But, going into this winter, she wasn’t sure quite what to expect.

“I entered this season with a lot of uncertainty due to the COVID pandemic,” she said. “During our (fall workout) season, we played with a day-by-day mindset that there was the possibility of getting shut down. After a successful season in the fall, it was apparent that the team had a lot of potential. But it was difficult to judge and gel with the newcomers because we had to play on different teams.

“After tryouts were over and we got out on the ice for our first practice, everyone was pleasantly surprised with both the talent and the energy of the new team. Though it was great from the start, our team continues to gel every time we hit the ice due to everybody’s hard work and excitement.

“Although we have had to adapt to a lot of new safety protocols, such as playing with masks and no locker rooms, the team is beyond grateful that we have the privilege of having a season.”

Chiango now hopes this host streak will continue, and that this is a winter to remember.

“I will continue to do my part in keeping the team safe in this COVID environment,” she said. “So far the team has been doing a great job following all COVID protocols inside and outside. We want to continue the success we have started the season, while continuing to have fun.”