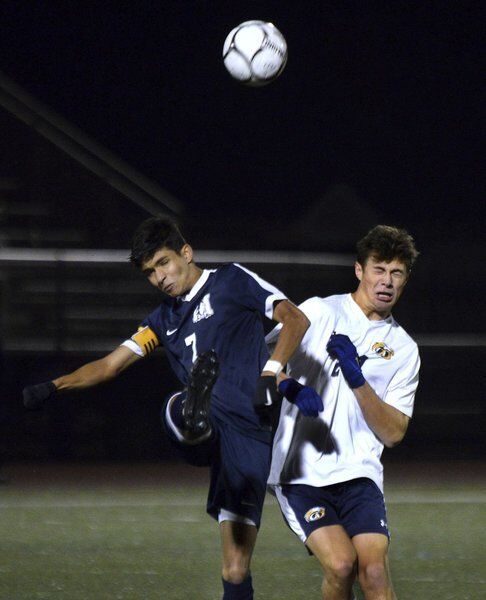 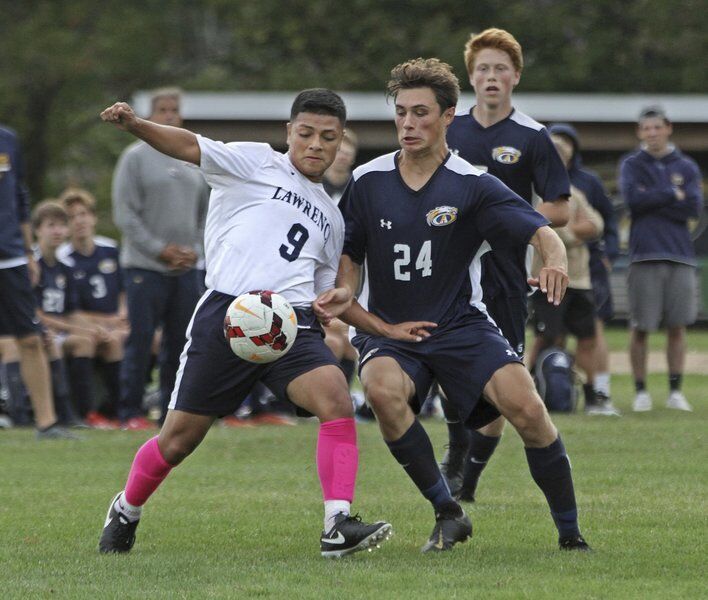 Staff file photoAnthony Previte of Andover fights for the ball against a Lawrence opponent last season. Previte is one of the top returners for the Golden Warriors this fall. 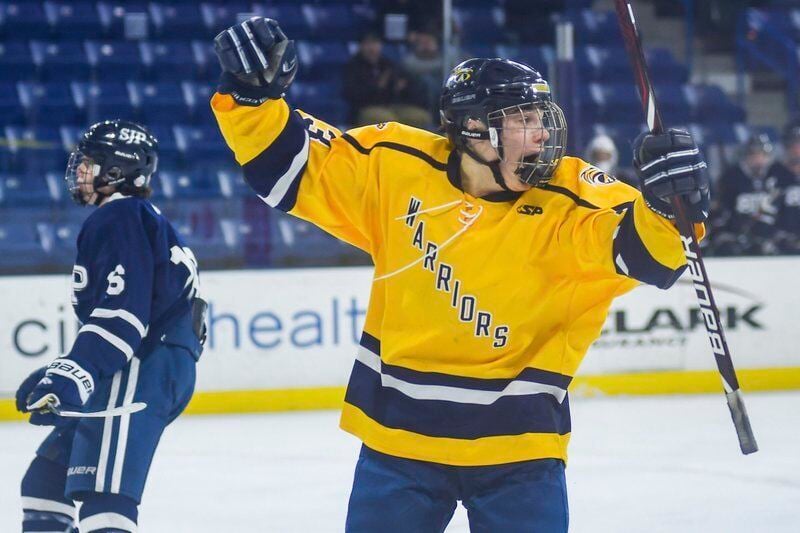 JAIME CAMPOS/Staff file photoAndover's Anthony Previte celebrates after a goal against St. John's Prep. Previte is a standout in soccer and hockey.

Staff file photoAnthony Previte of Andover fights for the ball against a Lawrence opponent last season. Previte is one of the top returners for the Golden Warriors this fall.

JAIME CAMPOS/Staff file photoAndover's Anthony Previte celebrates after a goal against St. John's Prep. Previte is a standout in soccer and hockey.

The Andover boys soccer team delivered one of the most dramatic turnarounds of any team in Massachusetts in 2019, going from two wins in 2018 to a trip to the Division 1 North semifinals last fall.

The Golden Warriors won’t have the chance to repeat that success this fall, with the regular season severely shortened and the state tournament eliminated due to the COVID-19 pandemic.

“It means a lot to have this opportunity to play with my friends and teammates who I’ve played with for so long, one last time,” said Previte. “It’s very exciting to play this season and get some final games in at my home field.”

Previte is a top midfielder and captain for the Golden Warriors, who finally had the chance to kick off their long-awaited season last week. His five goals last season were third most on the team, and tops for a returning Golden Warrior.

“Anthony is a complete player,” said Andover coach Jim Saalfrank. “He’s a physically strong midfielder with excellent skills and even better knowledge of the game of soccer.

“It is very difficult to take the ball away from Anthony. He’s determined to beat anyone on the other team, whether it be through foot skills, a keen pass or a really hard shot.”

Soccer has been a passion for Previte throughout his life — “I have played soccer for as long as I can remember and I always enjoyed it growing up,” he said — and he’s now in his third season with the Andover High varsity team.

But his biggest goal was against Haverhill in the Division 1 North preliminary round, the start of an unexpected tournament run that included a shocking upset of perennial power St. John’s Prep.

“Our team last year undoubtedly had a great deal of talent,” Previte remembered. “Although it was against the odds, it was not a surprise to me that we were able to make it that far. Last year was a lot of fun and it made me feel very proud and accomplished to make it that deep into the tournament with a great group of guys.

“Last year, making it so far into the playoffs is a great memory and accomplishment. Another great memory I have is when we took team trips to the (New England) Revolution games and got to go on the field after for the crossbar challenge.”

What does Previte consider his greatest strengths as a soccer player?

“I feel some of my greatest strengths are my physicality and ability to see the field,” he said. “Also my drive to give it my all and not give up. And scoring a big goal to put the team in the lead or win a game is always an amazing feeling.”

That physicality and tenacity are also crucial to his success in another sport — hockey.

Previte is a top forward for the Andover High hockey team. He scored six goals last winter, including two goals in a win over Chelmsford. He also played for the North Shore team in the elite Hockey Night in Boston tournament over the summer.

“Hockey and soccer work well together,” he said. “The concepts of both games are very similar and the mindset going from one to another only shifts slightly. So when something is working for one sport, it will usually work for the other as well.

Saalfrank, for one, is certainly happy Previte is able to juggle both hockey and soccer.

“Anthony is able to combine all of his skills and knowledge and remain a fairly quiet and humble individual,” said the coach. “He doesn’t speak loudly, but his teammates always take care to listen out of respect for his sense of the game.”

And while there will be no postseason run this fall, thanks to COVID, Previte is still aiming high.

“I think the team is still capable of doing great things and winning a lot of games,” he said. “There were some practices we thought could be our last, but we are still out here playing soccer.”