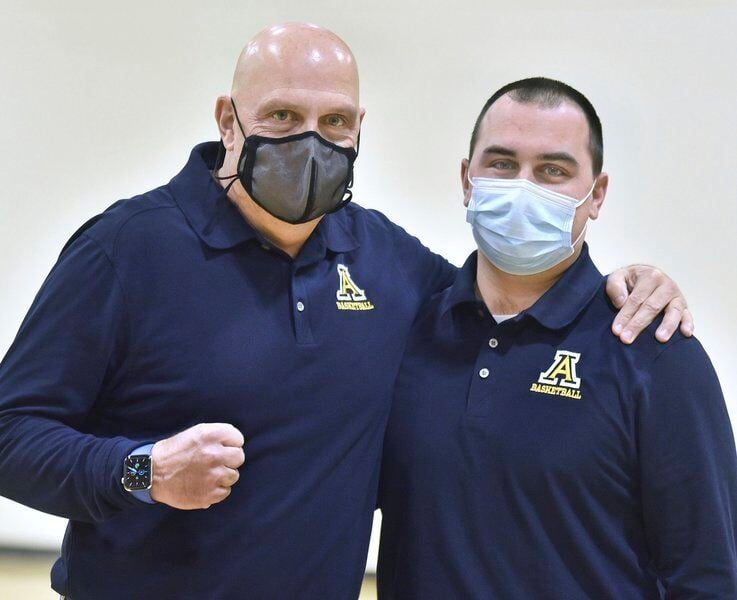 CARL RUSSO/staff photoAndover boys head basketball coach Dave Fazio with his son and new assistant coach, DJ, who is a former Andover high standout who played for his father. 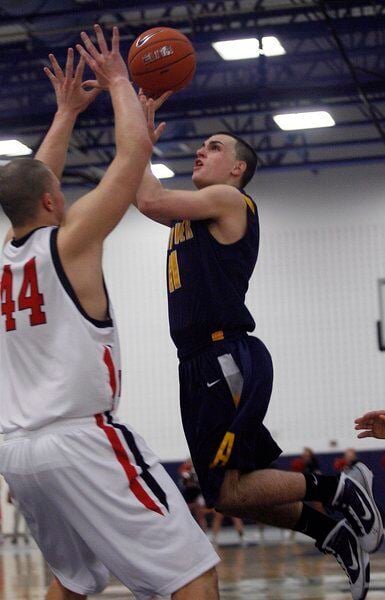 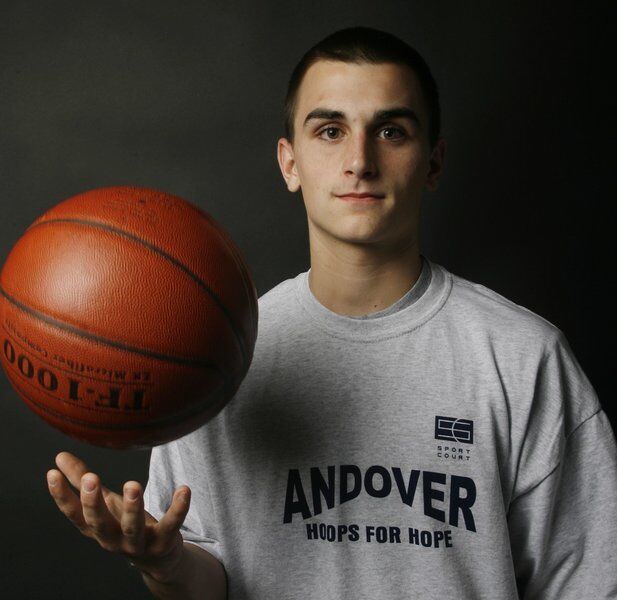 Staff File PhotoAs a player, DJ Fazio had some great moments playing for his father at Andover. Now, he's adding some more as an assistant coach. 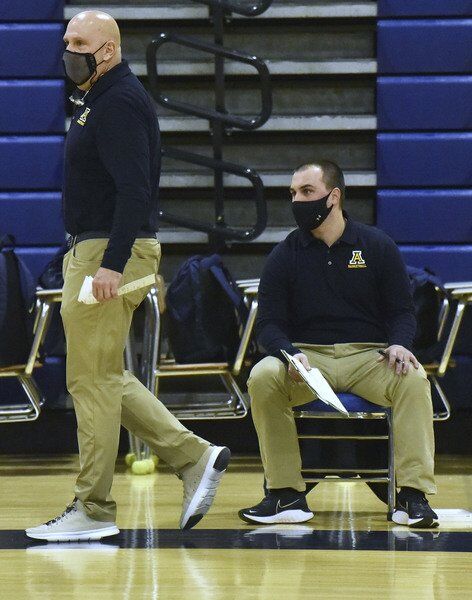 CARL RUSSO/staff photoAndover boys head basketball coach Dave Fazio with his son and new assistant coach, DJ, who is a former Andover high standout who played for his father.

Staff File PhotoAs a player, DJ Fazio had some great moments playing for his father at Andover. Now, he's adding some more as an assistant coach.

A coach’s routine remains pretty stable throughout their career, especially among the most successful.

Whenever a global pandemic rolls around, however, newfound creases need to be ironed out.

The solution to one of those wrinkles this winter at Andover High also installed a new on-court dynamic into a father-son relationship.

Almost a dozen years since DJ Fazio last played for his father — 32-year Andover boys basketball coach Dave — D.J. returned to the Golden Warrior fold this winter as a first-time assistant coach. He filled the spot left by longtime aides Carol Martini and Mike Trovato, who opted out of the COVID-influenced season.

The younger Fazio, who has been deeply involved with Andover’s summer and fall programs, didn’t need his arm twisted, and a job interview wasn’t required.

“It’s been something I’ve wanted to do for a long time, obviously,” said DJ, a 29-year-old who has worked as a sales manager for Carlton National Resources since graduating from Emmanuel College in 2014. “Now that I’m more established at work, it’s given me an opportunity to be more flexible, especially with the pandemic.

“We’ve been talking about doing it for years. It just kind of presented itself. There wasn’t a full-blown conversation. It was like ‘Hey, do you want to make a run at it this year?’ I was on board, and we just kind of took it from there.”

The season was a successful one for the Golden Warriors, who finished 11-1 and advanced to the finals of the MVC Cup.

While winning always makes things more joyful, this likely is the kind of year when long-lasting memories won’t be related in just a won-loss record.

“I’m so fortunate to have my dad in my life,” said D.J. a three-year starting point guard in high school. “All the things he’s done for me, it’s great now to be able to help him. It’s a unique situation, and I’m just very appreciative to be able to spend more time around the game that he taught me growing up. It’s cool to have that all in one thing.”

The elder Fazio feels he’s added a buddy as well as a son to his staff.

“The evolution of our relationship is second to none,” Dave Fazio said. “Like he (has said) he’s working with his best friend — his dad. We have so much fun together. He knows I’m absolutely insane and he just laughs at what I say and do. He’s just a great support. It’s amazing.”

LINK TO HIS PLAYERS

Despite growing up in both the Andover basketball program and the same household as the school’s coach,  D.J. Fazio has discovered another aspect of his father, Dave, in this season when all games are being live streamed.

“It’s cool to see the relationship he has with these kids,” D.J. said. “You don’t notice that as much when you’re just going to games. Seeing how he interacts with the kids and how they interact with him is just very cool.

“You realize why he has so many alumni who come back or call him. After games he gets like 30 text messages, especially with the YouTube aspect of people being able to watch from Florida, Arizona and from everywhere. It’s pretty cool just to see the impact he’s made on so many lives.”

In a year that will be marked in record books with asterisks, Dave Fazio will have a big one on his eventual career ledger. This will be the first time the Warriors have not advanced to a state tournament in his 32 years leading the program — since there is no state tournament this winter.

“There’s so much going on in the world that at the end of the day who really cares where I am or where our team is at,” the 55-year-old Fazio said. “It’s not the most important thing, but to these kids it matters.”

What makes it ironic is that this year’s squad would be considered one of the best in the school’s storied history. Not only did the Warriors sweep their regular-season schedule, they won those 10 games by an average scoring margin of 19.9 points.

“They are an inspiration to me,” coach Fazio said of his players. “They show up every single day and work so hard and care so much. I’m just so lucky to be around these kids in these times. It’s not about my journey as a coach, it’s about my journey with these kids and valuing the time I spend with them.”

Despite the added requirements to play games this year, it’s still just basketball — with a little twist.

“As a coach you have ego and pride in the product you put out there,” the head coach said. “I have high standards and have always coached with a chip on my shoulder. And honestly when the ball goes up and the clock starts, it hasn’t been much different for me this year.

“I’m still holding kids accountable, but I’m just going into every game knowing I need to make sure all these kids get an opportunity to play. That’s a totally different mindset than in previous years.”

DJ’s younger sister Ally is a COVID-19 and oncology nurse in Boston, while their youngest sister Alivia is an occupational therapist. Ally was a basketball/lacrosse player at Andover High, and Alivia was a cheerleader.