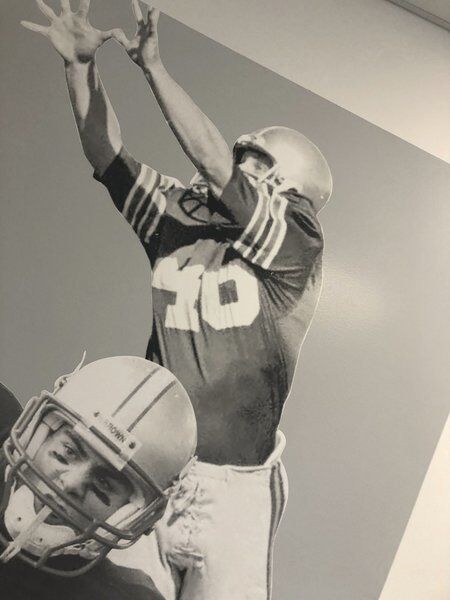 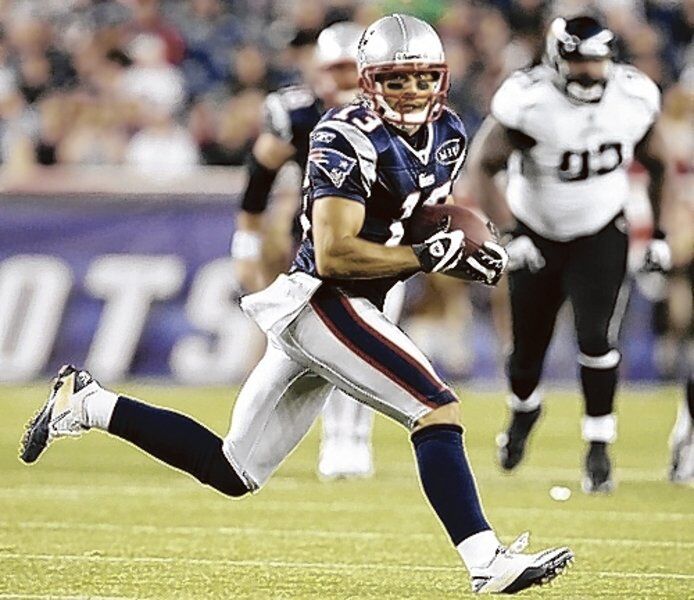 AP file photo:Andover’s Buddy Farnham (13) with the catch in a 2011 Patriots preseason game. 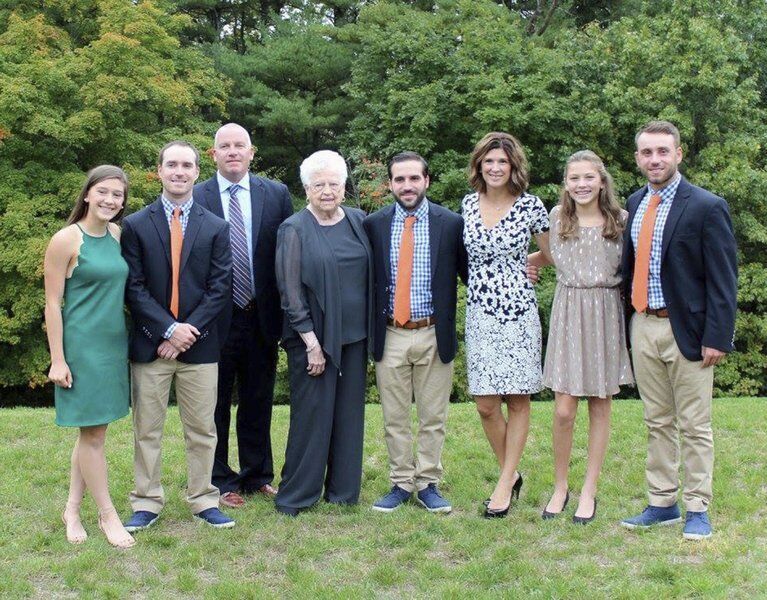 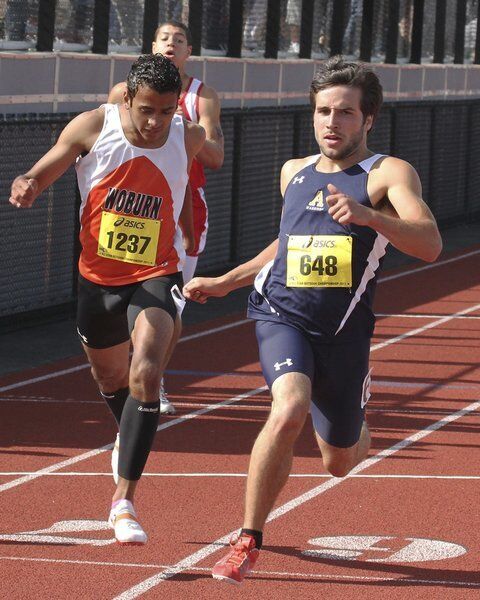 AP file photo:Andover’s Buddy Farnham (13) with the catch in a 2011 Patriots preseason game.

Who could have envisioned that Robert and Beverly Farnham would create an athletic dynasty?

They weren’t noted athletes, and none of their seven Andover-raised children (four boys, three girls) were particularly big. The four boys probably averaged 5-10, 170 pounds — and that may be generous.

Bob has passed, and Beverly passed away this past August, but not before she enjoyed all her children’s and grandchildren’s successes.

Trying to write about the Farnhams is tricky. Where do you start? There are so many of them and the football, lacrosse, field hockey, ice hockey, baseball and track honors never seem to end.

You could make a strong case that they are the top two-generation athletic family in Massachusetts.

Paul Farnham (Andover High ‘79) and his boys are fascinating. Paul was probably the smallest of his generation at 5-8, 155 pounds. Yet he was a second-team All-Ivy receiver at Brown and 41 years later still owns the Andover High triple jump record at 46-6.5.

He and wife Elizabeth — her brother is Hall of Fame Andover track athlete/coach Peter Comeau — have three athletic boys. Even if none passes the eye test.

They are 5-4, 5-6 and 5-7 yet all starred for the Golden Warriors and all played college sports.

“You are born into it,” said 2008 Andover High grad Paul Joseph Farnham, better known as P.J. “It’s a constant competitive landscape. The genes help. We just outwork everyone. There is always a chip on our shoulder. My dad always said you have to do the work when nobody is watching.”

“We didn’t have a backyard. My dad cut all the trees down. He built a batting cage,” said P.J., who is married to Taryn MacPhail Farnham and lives in Andover.

“We’d hit, hit, hit. My hands would be blood blisters everywhere. We broke 20-plus windows. We broke car windshields. The house would be a mess from Wiffle Ball. There was a fair share of going to the emergency room.”

P.J. was a three-year baseball starter at Merrimack College, Pat ran track at UMass Amherst and Cam scored 83 career runs for the Endicott College baseball team and played a year of football for the Gulls after excelling for Andover High as a kick returner.

Cam and P.J. currently are both assistant football and baseball coaches at Andover High.

It’s special to be a legendary athletic family in your hometown. It’s a rarity, though, to do it at any college. Ever the overachievers, the Farnham boys did it at a Division 1 Ivy League school. And two played two sports, a rarity indeed.

Bob (Brown ‘77) and Mark (Brown ‘80) are in the school’s Hall of Fame. Bob earned a tryout with the NFL’s Cleveland Browns while Mark was also a two-time Brown MVP in lacrosse.

Paul (Brown ‘83), a second-team All-Ivy receiver, also played three years of college lacrosse, earning Brown’s Most Improved honors. He is with Bob and Mark in the Andover High Hall of Fame. For 10 straight years, Ivy League defensive backs cursed the Farnhams, all wearing the No. 46 they made famous playing for coach Dick Collins at Andover High.

Youngest brother Glenn is the outlier. Not athletically, but where he worked his magic. He’s in the Central Catholic Hall of Fame and played college football at New Haven.

The next generation has been similarly successful. Bob’s son Bobby Farnham of North Andover played 67 games over three seasons with the National Hockey League’s Devils, Penguins and Canadiens. This after starring at Brooks, Phillips and Brown.

At Brown, Bobby (Class of ‘12) was a top scholar-athlete and wore that same No. 46 on the ice. He now plays for the Belfast Giants in Ireland.

Buddy Farnham, Mark’s son, spent two years on the Patriots’ practice squad. In other words, an injury away from catching Tom Brady passes in a regular-season game.

At Brown, Buddy’s a legend. That’s what they call you when you are New England Player of the Year and have 229 career receptions for 2,895 yards.

He turned down a scholarship to national power Virginia to play football at Brown.

The speed, quickness and drive was passed along to the girls in the next generation.

Emma’s sister, Lily, is a promising sophomore field hockey player at Andover. She’s the last Farnham in this generation. But there are six very young great-grandchildren.

The Farnhams married into athletic families, too, including the Kobelski, Comeau and Demoulas families.They are well aware of legacy.

“We all had the opportunity to play at a high level. We’re proud of it and we’re proud of that No. 46,” said P.J., whose e-mail account begins with 46Farnham. “It’s been going since the mid-’70s. It’s a pride thing for the next generation.”