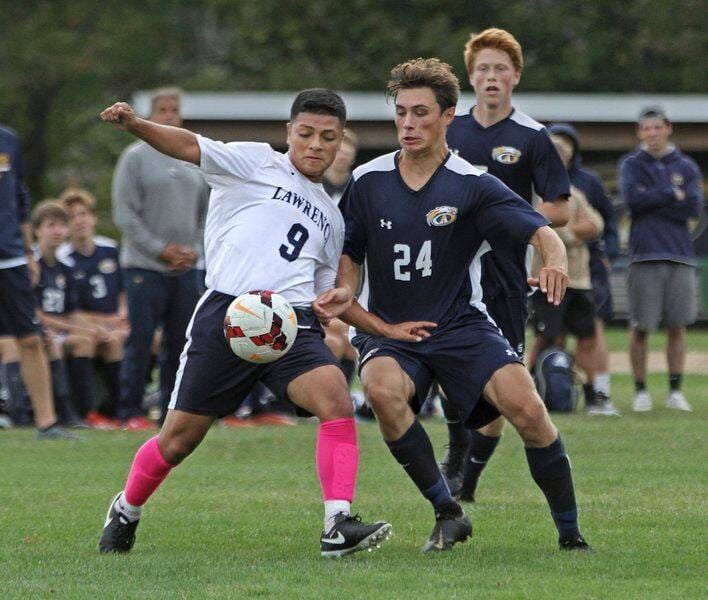 Staff file photoAndover's Anthony Previte excelled in football in Fall 2, but is best known as a soccer star. Here, he battled a Lawrence player. 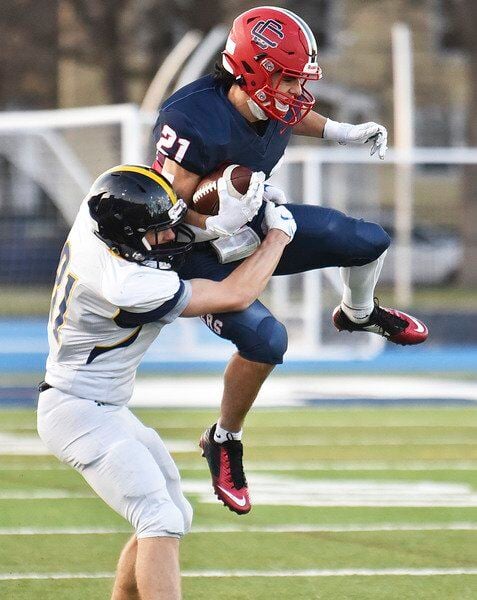 CARL RUSSO/staff photoAndover's Anthony Previte grabs Central Catholic's Mark Ciccarelli out of the air for a tackle in the Fall 2 season. 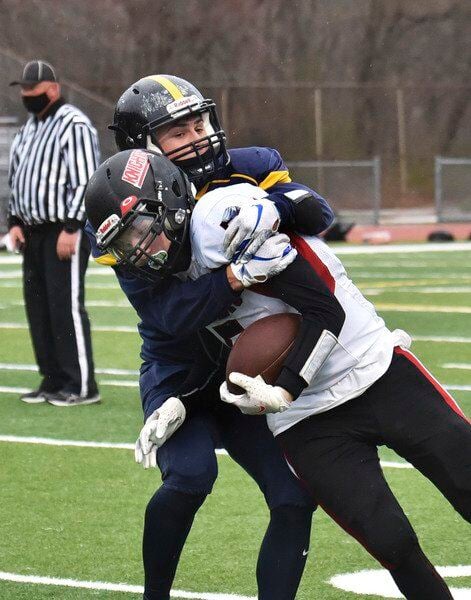 CARL RUSSO/staff photoAndover's Anthony Previte wraps up North Andover quarterback Will Schimmoeller. A soccer star, Previte tried out football in Fall 2, and was a key contributor at defensive back. 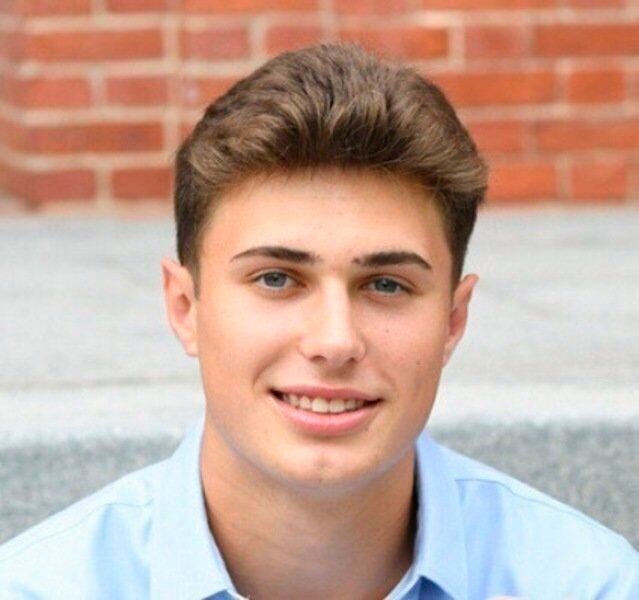 Staff file photoAndover's Anthony Previte excelled in football in Fall 2, but is best known as a soccer star. Here, he battled a Lawrence player.

CARL RUSSO/staff photoAndover's Anthony Previte grabs Central Catholic's Mark Ciccarelli out of the air for a tackle in the Fall 2 season.

CARL RUSSO/staff photoAndover's Anthony Previte wraps up North Andover quarterback Will Schimmoeller. A soccer star, Previte tried out football in Fall 2, and was a key contributor at defensive back.

The idea of playing football had been lingering in Anthony Previte’s mind for years — about seven years to be exact.

There was one problem.

Previte was busy in the fall as a star soccer player. As a senior for Andover High in the fall, he earned All-Eastern Mass. honors, and as a junior led the Golden Warriors on a surprise run to the Division 1 North semifinals.

Everything changed, through, when COVID-19 forced Massachusetts high school football to move its season to Fall 2 — February through April.

Having already completed his soccer season in the real fall, Previte saw his chance to take on the gridiron, and made the most of his shot.

“When the (football) season got moved to the spring, the opportunity became realistic and I took it up,” said Previte. “Playing football was an amazing experience. The team was very inclusive and made me feel at home right away. It’s a very physically tough sport, but I still had a lot of fun at practice and games and was able to make a lot of new friendships.”

Despite his lack of experience, Previte won a varsity job at defensive back. He made an interception in the Golden Warriors’ win over Lowell, and finished the season with 13 tackles.

“I had played football casually for fun, but I had never played an actual football game,” he said. “This was my first real football experience. I ended up loving the sport, so anytime I was on the field was fun.

“After wins the energy and celebrations the team had were cool to be a part of. It was my first year, but our senior night was a really nice moment I got to share with my family. Other than that I loved being part of the group making new friendships and memories all along the way.”

Previte said everyone supported his temporary move from the pitch to the gridiron.

“I had a ton of support from my family and friends and most of them were trying to talk me into it,” he said. “I didn’t really know what to expect when I first joined. My coaches and teammates were with me every step of the way and got me comfortable with the sport very quickly. I was surprised by how many plays had to be memorized and how intense football can actually get!”

The 6-foot, 170-pound Previte made a season-high three tackles in wins over Lawrence and North Andover. He also knocked down three passes for the season.

“The biggest challenges were adjusting to the new sport and overcoming the nerves,” he said. “Another challenge was the mental aspect of the game. There was a lot of pressure to overcome and a large amount of memorization that is overlooked when just watching the game.

“After the first or second week I felt like I was getting the hang of the game as I got out on the field more. By then I finally felt like I knew where to be and what to do as well as being ready to hit.

“Getting an interception was an incredible feeling and something I’ll never forget. Nothing had quite prepared me for it and before I knew it I was being tackled for the first time down field.”

With his extensive soccer background, Previte also settled in as Andover’s kickoff specialist, averaging 47.3 yards per kick, including a stellar six touchbacks.

He was also the team’s top punter, averaging 34.8 yards a kick, nailing three kicks inside the 20-yard line. His longest kick was a 60-yarder against Central Catholic

“Knowing I kicked a good ball, a kickoff into the end zone or a long punt always made me happy,” he said. “Defensive back was also very fun to play and pretty instinctive. After a couple weeks of practice I felt ready to go and contribute to the team.”

How important were his experience in soccer — or in hockey, where he was a top forward for Andover High — on the football field?

“Soccer and hockey are very different sports than football,” he said. “But they did get me physically prepared for the sport. I was conditioned from all the running in soccer, and the hitting in hockey is similar.

“However, playing football was a very new experience that was much more intense and even chaotic at times. All in all football was awesome and I love all three sports.”