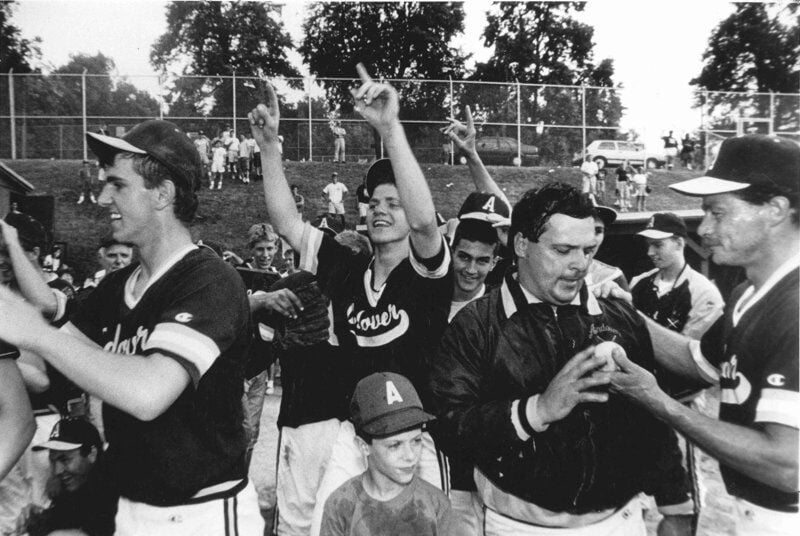 Carl Russo/Staff File PhotoThen-Andover High head coach Dave Bettencourt (no hat) holds the game ball during the celebration after the Golden Warriors won the 1991 Division 1 state title. Bettencourt is now a softball assistant for his daughter. 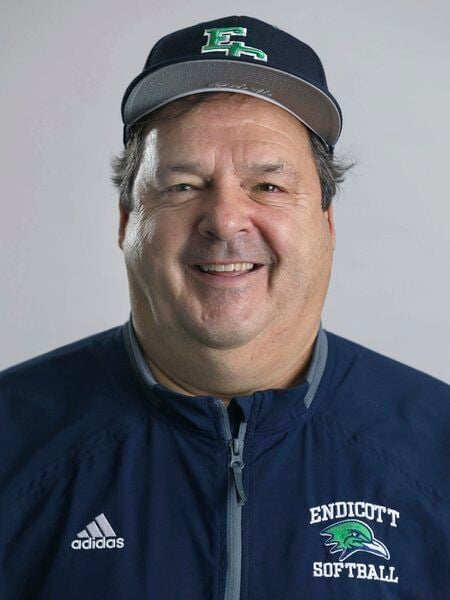 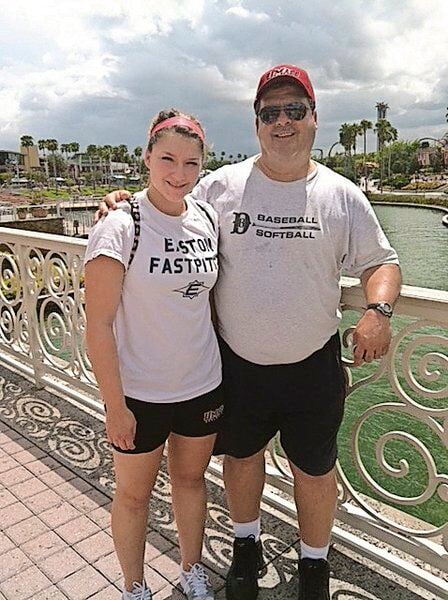 Courtesy photoDave Bettencourt, right, stands with daughter Katie when they coached together at Assumption College. When Katie switched to become head softball coach at Endicott College, Bettencourt also joined her there as an assistant. 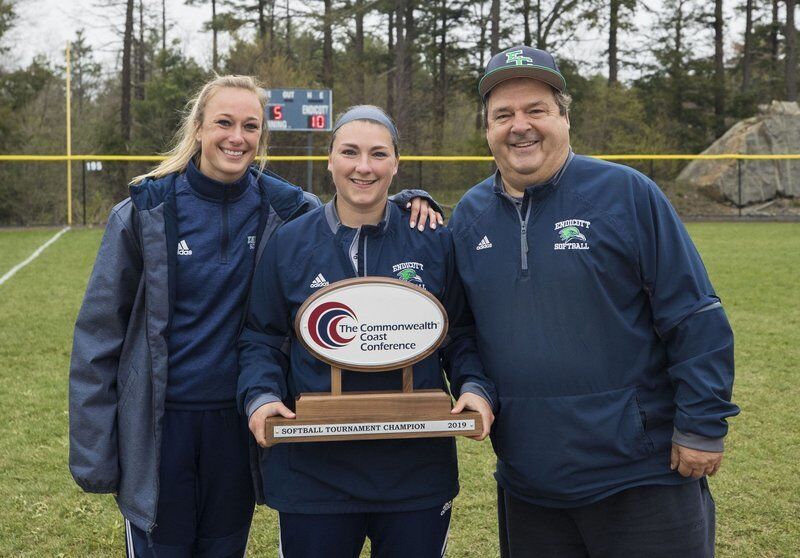 Carl Russo/Staff File PhotoThen-Andover High head coach Dave Bettencourt (no hat) holds the game ball during the celebration after the Golden Warriors won the 1991 Division 1 state title. Bettencourt is now a softball assistant for his daughter.

Courtesy photoDave Bettencourt, right, stands with daughter Katie when they coached together at Assumption College. When Katie switched to become head softball coach at Endicott College, Bettencourt also joined her there as an assistant.

The transition from baseball to softball will never be complete for Dave Bettencourt, but it’s quite thorough.

Once considered perhaps the greatest baseball coach in area history, winning two state titles at Andover, and a master instructor with a specialty in hitting, the 66-year-old Bettencourt is now more softball oriented.

He gives as many hitting lessons in softball as baseball and he’s in his fifth year as an assistant collegiate softball coach for daughter Katie, first at Assumption College and now at Endicott College.

Back in the 20th century, Bettencourt — who retired as a teacher at Andover’s Doherty School in 2014 after 37 years — probably would never have guessed that he’d start a shift toward softball, but he remembers when it started.

“When Katie was 11-years-old, she came to me and said ‘now it’s my turn,’” said Bettencourt, who had guided the baseball growth of son DJ for years. “That’s when I started the Firebirds softball team ... it wasn’t long before I started giving hitting lessons in softball.”

Surprisingly, as far as being a hitting instructor, the transition has not been difficult.

“A lot of people will tell you that softball hitting is different from hitting in baseball, but that was quickly dispelled,” said Bettencourt. “Anyone who says they’re different doesn’t know what they’re talking about. The mechanics of hitting are the same for both. You need to focus on the same things.”

During the course of giving hitting lessons for both softball and baseball over the last two decades, however, Bettencourt has realized one difference.

“I found out right away that girls were very receptive to coaching — they loved it ... it was almost like they were neglected,” said Bettencourt.

“They really seem to appreciate it. Girls will text you the next day and thank you. With guys, they’re a little harder to change things and they take things for granted.”

While giving lessons, coaching the Firebirds and following Katie’s remarkable career at Salem High and UMass Amherst, Bettencourt has learned all aspects of softball.

With that in mind, Katie knew she wanted her father on her staff when she assumed the head coaching job at Assumption and then took the job at Endicott.

“He knows so much and, when I took the job at Assumption, I was so young, it was a factor in me taking the job,” said Katie. “To know that he was going to help us and would be coaching with me was really important.

“He really does a lot for us and the players love him. It’s unique and I think it’s really cool when I tell people he’s my assistant.”

For his part, Bettencourt is thriving in his role as an assistant for his daughter even if, at times, it took a little bit of an adjustment.

“I used to do the yelling and now I get yelled out,” he said. “But I love it. How many dads get to hang around their daughters? It’s a great situation for me.”

Said Katie: “It’s interesting because in a lot of ways, we’re the same person. He gets so involved that at times I’ll tell him he has to slow down and, if things get at all heated, I tell him I’m the boss.

“I think he’s gotten used to that. Like he knows now not to yell at the umpire.”

In addition, Bettencourt is his daughter’s most avid recruiter.

“That’s one of his best attributes and I trust him completely,” said Katie. “He goes above and beyond — he could do it from when the sun goes up to the sun goes down.

“Sometimes, I’d tell him to take a day off and then I find out he went to a game anyway.”

But Bettencourt can’t spend all his time recruiting because he’s busy giving hitting lessons, both in baseball and softball, at various locations around the Merrimack Valley. It’s what he does best and probably what he enjoys most.

“I just love it, seeing kids light up when things go better for them,” said Bettencourt, who says he gives lessons to about the same number of baseball as softball players. “Sometimes as coaches (of teams), we get uptight with players and you don’t have time to work with them.

“You have to slow things down and work on mechanics. That’s what I’m doing.”

And he continues to do it well, likely much better than any of the other growing number of hitting coaches around the region, now in softball as much if not more than baseball.

“I’ve had a great run and I still love it,” said Bettencourt. “I hope to do it as long as I stay healthy.”

As one of the state’s premier baseball coaches, Salem’s Dave Bettencourt:

Went 42-20 in three seasons at Central Catholic; it was 4-14 the year before he arrived

Coached Winnacunnet to its first state baseball title in 1999