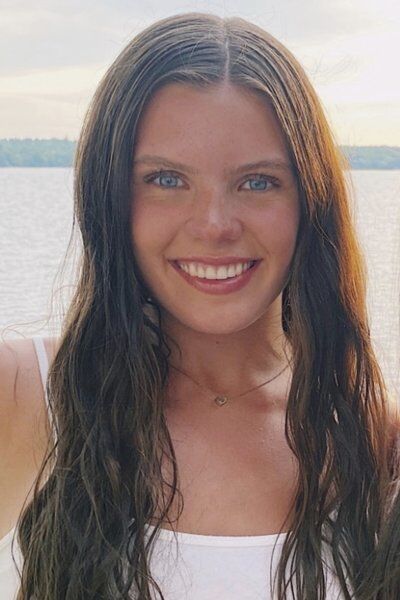 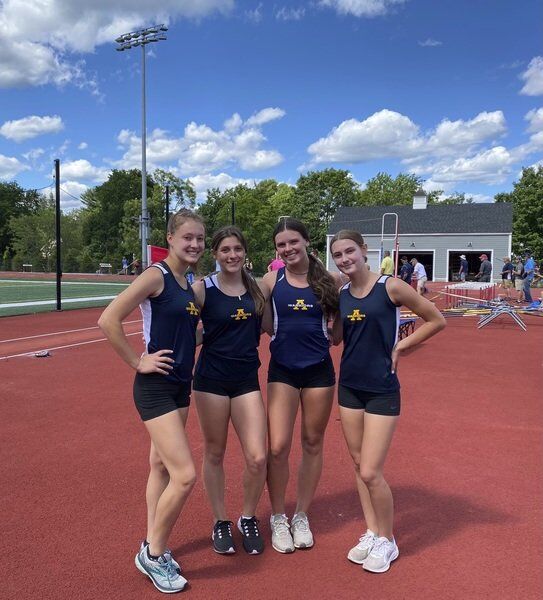 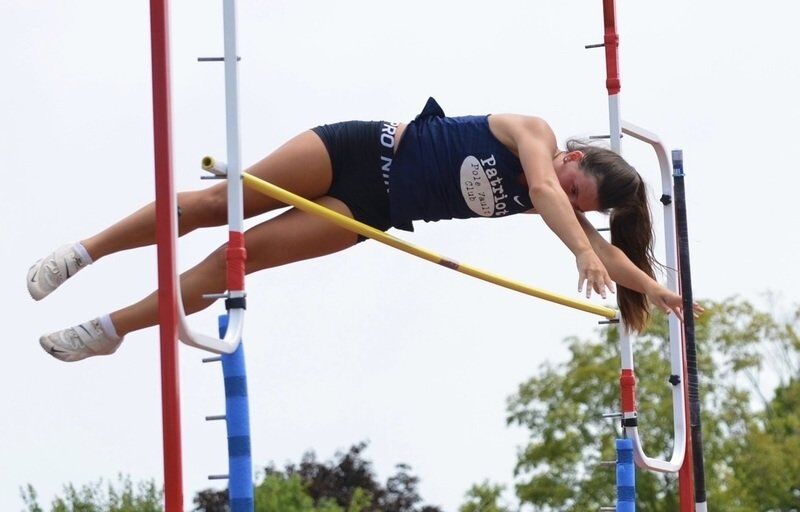 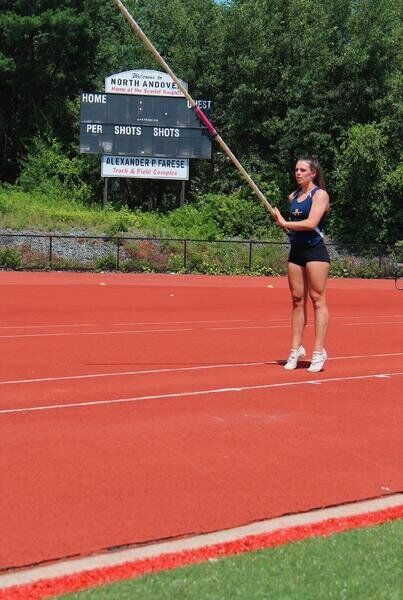 Andover’s Olivia Foster knew she was close to flying higher than she ever had as a pole vaulter.

“My coach told me to do everything the same, just press my bottom arm even more,” said Foster. “So I kept my hand grips and steps the same as my previous jump, and pressed my bottom arm.”

That small change worked to perfection for the Andover High incoming senior.

“It meant a lot to me to win the USATF title, especially with that jump because it was a PR,” she said. “I’ve been working so hard this summer, so winning this title and PRing on the same day made me feel really proud of myself.

“Honestly, I surprised myself winning the title. I wasn’t sure what to except going into the meet because I had never been to that meet before.”

“It really means a lot to me (to be No. 2 in school history) because there have been some very talented pole vaulters who have come through Andover High School,” said Foster. “Being so close to the school record definitely motivates me to work hard so that I can hopefully one day break the record.”

In the spring, Foster won the Merrimack Valley Conference Meet title (10-0), besting No. 2 by a foot. She also took third at the Eastern Mass. Division 1 Meet (10-0) and fourth at All-States (10-6). That after winning the pole vault in four of Andover’s five dual meets.

“The past spring season was very exciting for me,” she said. “It was definitely hard not having a sophomore season because of COVID, but at the same time, it made me even more motivated to have a good junior season. Winning MVCs, and placing at D1s and All-States made me really proud of myself and excited to see what my senior season will bring.”

Longtime Andover High track assistant coach Mark Hathaway said Foster has excelled both on the track and off.

“Olivia was a great leader for our pole vault group this year,” said Hathaway. “She was the only returning vaulter on the team, and the eight other girls vaulters all made the Division 1 state meet and three of them were at All-States with her. She was a big part of that group being so successful.”

Foster found her way to pole vaulting through another sport, and the transition wasn’t easy early on.

“I used to do gymnastics until eighth grade,” she said, “When I stopped, I was trying to find other sports to try. That’s when I decided to do track. My coach told me that gymnasts are usually good at pole vaulting so I decided to try it out my freshman year.”

And while it wasn’t easy early on, she quickly fell in love.

“There were definitely struggles early on,” said Foster, whose sister is also a pole vaulter. “When I first tried it, it was hard to get used to running with the pole and not being scared to fully commit to the jump. But over time, I got more comfortable and confident.

“I realized that I could have success as a pole vaulter the winter season of my sophomore year when I broke the indoor school record for my high school. I had never accomplished anything like that before, so it was definitely an exciting and eye opening moment for me.”

When she isn’t pole vaulting, Foster also runs and 100 and 4x100 relay in the spring, helping that relay placed fifth at EMass. Division 1s this past season.

In indoor track, Foster runs the 55 meter, 4x200 relay and long jumps. She is also a member of the Andover High volleyball team.

With some time until she can vault again for Andover High, Foster has set her sites high.

“I want to break the outdoor school record, which is 10-9,” she said. “ I’ve found that my key to success is hard work and perseverance. I have definitely gotten frustrated, but I try my best to not let my frustration get the best of me. The goal is to turn that frustration into motivation to work harder and get better.”