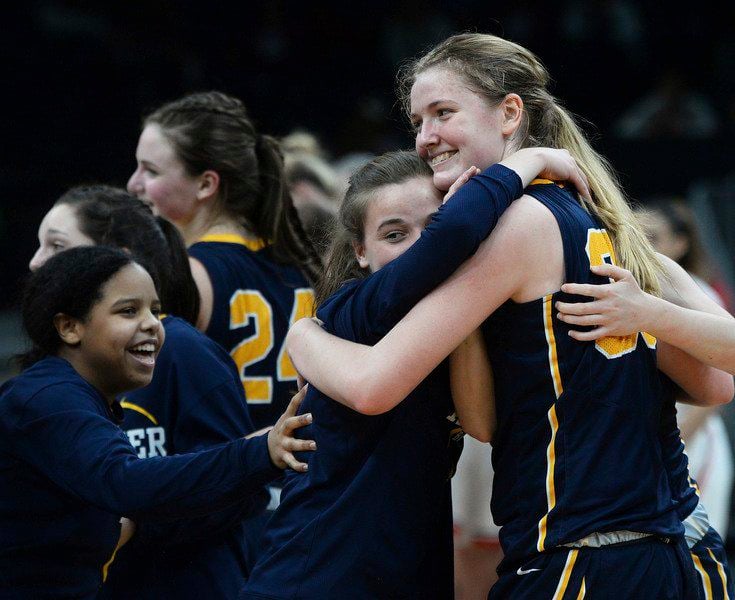 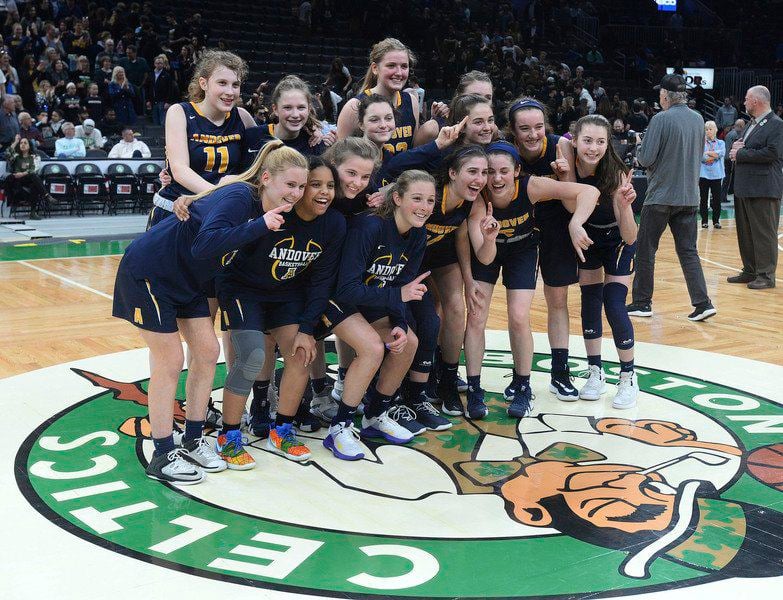 BOSTON — The moment was certainly not lost on the Andover girls basketball team.

“Everybody wants to play at the (TD) Garden. The opportunity that we got to play here was unbelievable,” said junior Tatum Shaw.

“I mean, it’s once in a lifetime,” chimed in freshman teammate Anna Foley. “It’s unreal.”

But make no mistake, when the Warriors pulled up to 100 Legends Way in Boston last Tuesday evening, they knew that there was a job to be done.

They came with a purpose.

And after the final buzzer sounded, the Warriors were able to storm the TD Garden parquet in triumph after taking down South champion Bridgewater-Raynham, 52-44, in the Division 1 state semifinal.

It was Andover’s first state semifinal win since 2012.

“It’s just been an awesome ride,” said Shaw, who finished with a game-high 20 points. “And everyone has contributed, all the way from the bench to the court.

What, you thought Andover was going to start feeling the pressure now? The Warriors weren’t going to let the grandeur of the TD Garden cloud their focus. Well, not for the whole game, at least.

Bridgewater-Raynham (21-3) jumped out to a 19-11 lead after the first quarter. But Andover settled down quickly, and outscored the Trojans 34-17 over the next two quarters to take a 45-36 lead into the fourth.

“Starting out, warming up, of course the nerves were there,” said Foley. “But once we kind of settled in to our plan and were with each other and we got into our rhythm, I think it just all went away because we knew we could beat that team.”

The Trojans cut it to as close as a three-point game in the fourth, but the Warriors — like they have all postseason run — always responded with a bucket, and Shaw and freshman Amelia Hanscom hit their free throws at the end to ice it.

The poise, all postseason, has been nothing short of impressive.

And to remind you, Andover was the No. 6 seed in the North sectional.

“I think that we’ve had some time to put in some great game plans and kind of digest a lot of information in terms of scouting,” said Andover coach Alan Hibino. “Just trying to play to our strengths, right? Asking ourselves what can we do to limit the other team’s effectiveness?”

Whatever the Warriors have done this postseason, it’s been textbook in winning.

Basically, everyone has stepped up when it’s been their time.

Before Tuesday’s game, the Warriors sat in the TD Garden stands and did their best to soak in the moment. Pictures were taken, memories were shared, and, before the tip, Hibino ran over to the rowdy Andover faithful to pump them up.

But when that ball went up, it was time to work.

“It’s a dream come true,” said Foley. “I never really thought that we could get this far to begin with. But to be in that role and be such a big part of the team even as a freshman, I could never even imagine this opportunity.”