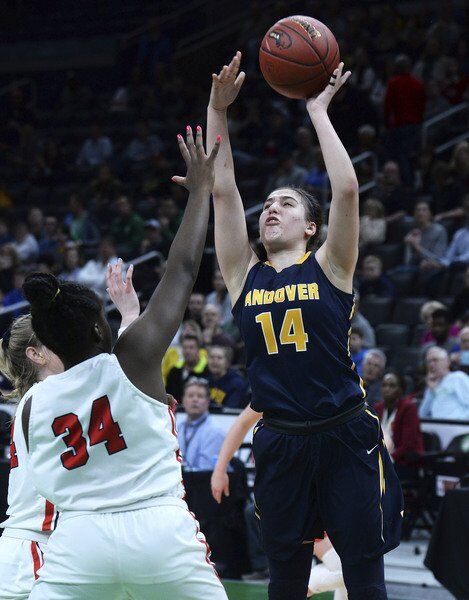 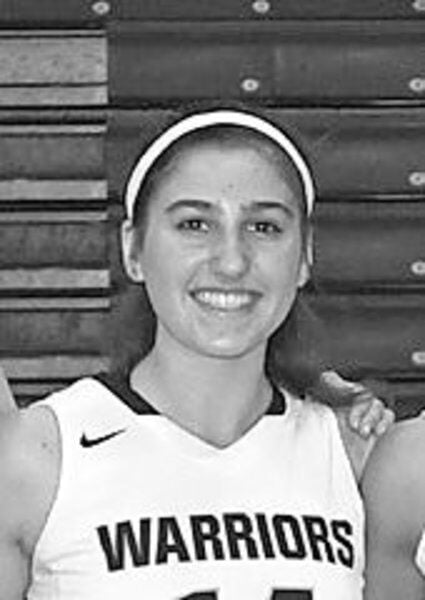 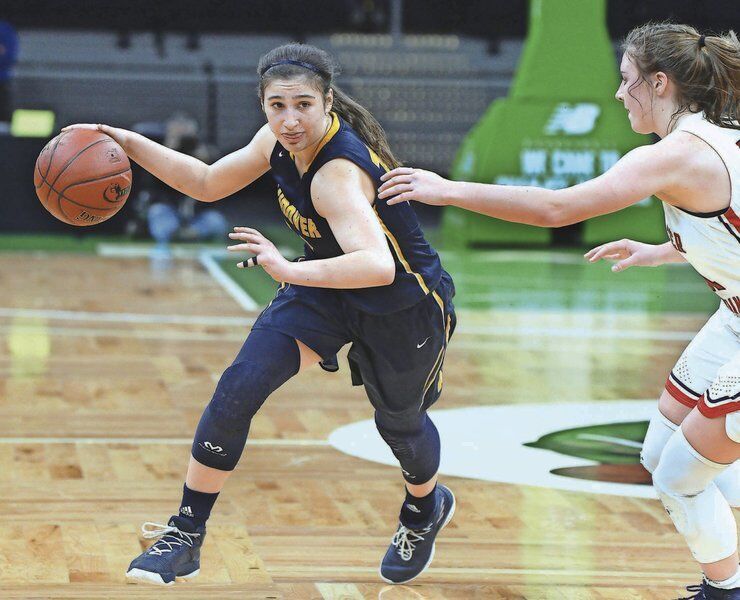 When she was younger, Andover’s Tatum Shaw must have enjoyed the children’s game “Follow the Leader.”

As a senior captain for the Golden Warriors’ girls basketball team, she is certainly doing her best to continue that game.

A key player on last year’s Division 1 state co-championship team, Shaw is leading the way for a young Andover team this winter, both on and off the court.

With several standouts having graduated and sophomore star Anna Foley injured in the first game, Shaw knew that she would have to score more this year. And she has responded big time.

In the first game of the season against archrival Central Catholic, Shaw poured in a career-high 31 points. Two games later, she had a new high with 38 in the Warriors’ first win of the season and she followed that with a 35-point performance.

Explaining her early season scoring prowess, Shaw said that “my mentality has changed. I knew because we lost some good players, I’d have to score more.

“Plus, I’m definitely more confident this year. I’m going to the basket more.”

As a result, Shaw is averaging 25.0 points a game for the 4-2 Golden Warriors compared to 15.7 a year ago, when she was All-Merrimack Valley Conference. She has been a go-to scorer and key player on the varsity team since her freshman season.

While conceding that it’s fun to score points at a prolific clip, Shaw’s goal during this coronavirus season was far from personal.

“I just want us to enjoy the moment because we’re not sure when it will end,” she said.

And that’s a focus she emphasizes as a captain, a role that she relishes.

“It’s a responsibility that I like to have,” said Shaw, who was also a captain in volleyball. “I like to lead and help my teammates. I always wanted to have this leadership.”

Head coach Alan Hibino is thrilled to have Shaw on his roster.

“She has been a tremendous role model on and off the court,” said Hibino. “She has been an incredible student-athlete since she entered high school.”

Off the court, Shaw is one of the top students in her class, sporting a 3.86 GPA, which is 4.31 when weighted. She hasn’t gotten a grade less than an A since her freshman year, when she got one B, and she is in the National Honor Society.

“I consider it like my job as a student,” she said. “I always want to do my best no matter what I do.”

High grades were helpful as Shaw navigated her college options. She definitely wanted to play college basketball and she weighed opportunities with both Division 2 and Division 3 schools before finally settling on Division 2 Southern New Hampshire University the week before last.

“I want to keep playing basketball no matter what,” said Shaw before making her commitment. “I want to go to a school where I feel comfortable and can make a difference.”

As far as making a difference, there is no question about that, according to Hibino.

“She is a great student — she has been outstanding in my Honors Statistics class,” said Hibino. “She will find success at anything she puts her mind to.”

Tatum Shaw started playing basketball in the second grade for Our Lady of Good Counsel in Methuen, who was coached by Mike Lopez.

He was the same coach for Shaw’s mother who, as Zahia Kattar (a cousin of Methuen MMA champion Calvin Kattar), also played for Andover High.

For the last five years, Shaw has also played AAU ball for Evolution Basketball out of Woburn.