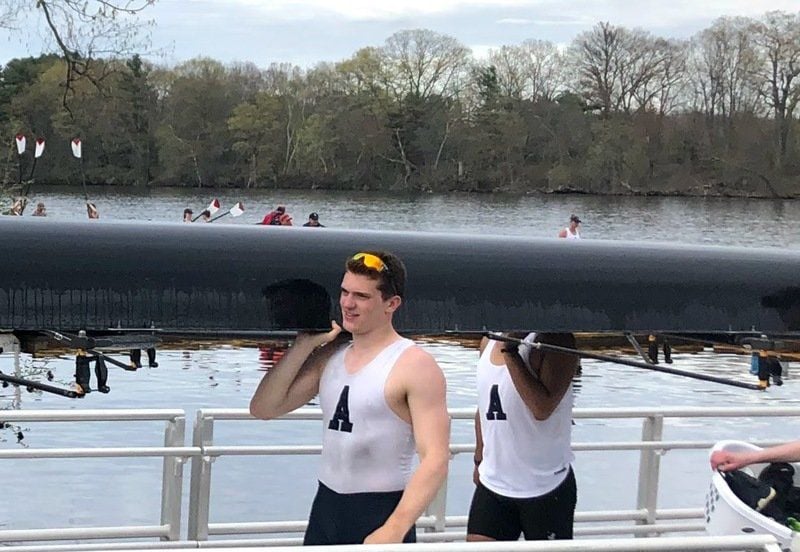 Courtesy photoAndover resident and Phillips Andover crew standout Jacob Hudgins is set to compete for a spot on the junior national team this summer. 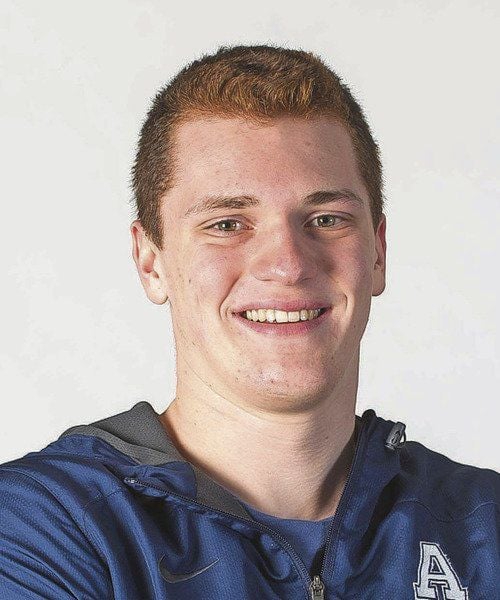 Courtesy photoAndover resident and Phillips Andover crew standout Jacob Hudgins is set to compete for a spot on the junior national team this summer.

Jacob Hudgins began swimming competitively around age seven and, for a long time, imagined himself continuing to do so in college.

With that in mind, along with the need to fulfill a three-sport requirement at Phillips Andover, Hudgins followed the advice of a friend and began rowing crew as a freshman, purely as a means to stay in shape for swim.

“I wasn’t great at first,” Hudgins, an Andover resident, said. “I wasn’t bad, but it took a lot of time for me to really enjoy the sport.”

A few years on, quite a bit has changed.

Hudgins will continue to row, not swim, at Dartmouth College next year. Before that, he’s headed to the US Rowing Junior National Selection camp, where he’ll try and earn a spot on the junior national team.

His body of work has come through limited opportunities, for various reasons, but, each obstacle has been tossed out of the way by Hudgins.

“Jacob is extremely strong, like as strong as a college senior but as a high school senior,” Phillips crew coach Andy Finch said. “It’s rare to have someone with that type of ability in a high school program.”

As Hudgins said, it took time for him to adjust to the sport and understand it may be the one he pursues in the future, and Finch said his standout athlete came around on the idea around his junior year.

That year, Hudgins missed the first month of the season with a back injury. This past winter, he broke his foot and missed a month of his senior campaign.

The injuries didn’t slow Hudgins like they might have done to others. For instance, with his foot injury, the senior would just use the rowing machine with one foot, acknowledging that “it takes more of an effort when you’re injured to really push yourself.”

Each time, though, Hudgins would come back ready to go.

“Most come back from injuries and it’s like they’re starting from scratch, but he finds a way to push himself,” Finch said. “He’s a special kid, to be injured like that, miss out and still get better and better. It’s incredible.”

Finch feels that, based on Hudgins’ performance both in the water and on the rowing machine, he’s got a good chance of emerging from the junior national camp, which starts in June, as one of the few selections for the team.

It’s not so much daunting as it is exciting for Hudgins, challenging himself at that level. He expressed excitement at the opportunity, especially to compete with rowers he feels are especially driven.

One thing that stands out about Hudgins to Finch is that he’s operating at the level he is, not only through injury, but with barely three months of the year actually dedicated to rowing for Phillips in the spring sports season.

“For him to be as good as he is, competing three months out of the year, it’s incredible,” Finch said. “He’s only scratching the surface.”

The body of work that awaits Hudgins, both this summer and beyond at Dartmouth, doesn’t faze him one bit.

Instead, he’ll just enjoy putting his head down and grinding, as he always has.