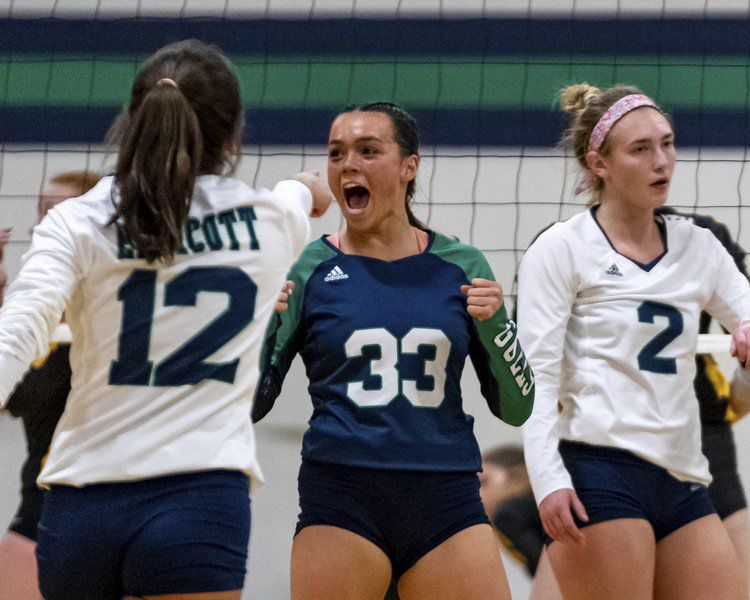 Photo courtesy of Endicott CollegeAndover’s Mackenzie Kennedy (33) celebrates a point while playing for Endicott College volleyball. Inspired by her health struggles, Kennedy is pursuing a career in sports medicine. 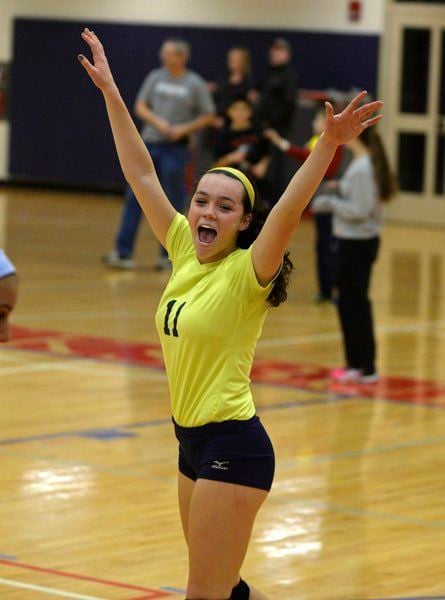 RYAN HUTTON/ Staff photoAndover's Mackenzie Kennedy led the Golden Warriors to the Division 1 state championship game as a senior. She then starred for Endicott College. 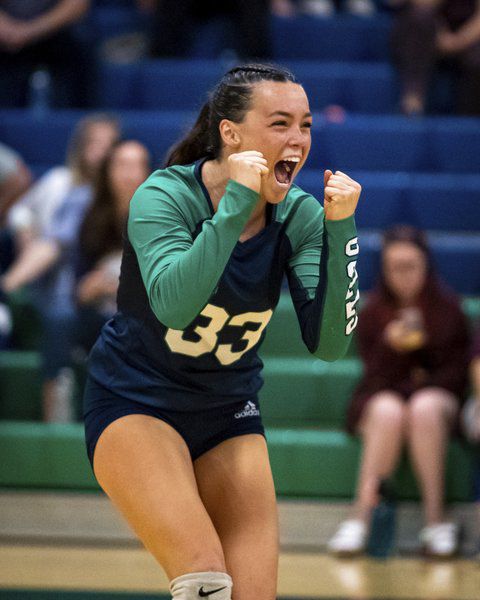 Photo courtesy of Endicott CollegeAndover’s Mackenzie Kennedy overcame a seizure disorder to star in volleyball for Endicott College. She is now pursuing a career in sports medicine, inspired by those they helped her return to the court. 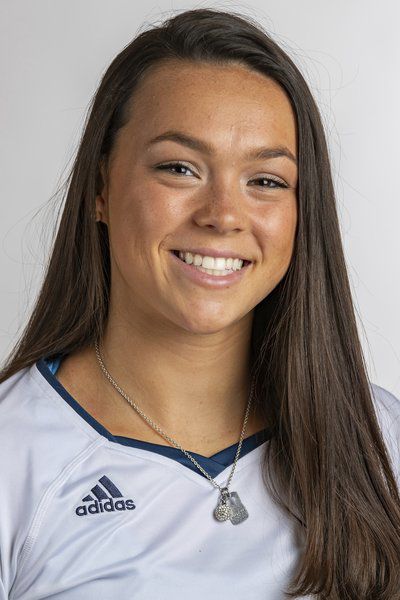 Photo courtesy of Endicott CollegeAndover’s Mackenzie Kennedy (33) celebrates a point while playing for Endicott College volleyball. Inspired by her health struggles, Kennedy is pursuing a career in sports medicine.

RYAN HUTTON/ Staff photoAndover's Mackenzie Kennedy led the Golden Warriors to the Division 1 state championship game as a senior. She then starred for Endicott College.

Photo courtesy of Endicott CollegeAndover’s Mackenzie Kennedy overcame a seizure disorder to star in volleyball for Endicott College. She is now pursuing a career in sports medicine, inspired by those they helped her return to the court.

Before Mackenzie Kennedy became a volleyball star for Andover High and Endicott College, doctors wondered if her health would allow her to live a normal life, let alone play sports.

And even as she excelled for the Golden Warriors and Gulls, Kennedy was waging a battle to remain on the court.

“I suffer from a neurological condition that causes seizure-type episodes,” said Kennedy. “Given that the seizures are caused by my autonomic nervous system, I’m not considered an epileptic because the episodes can’t be triggered in a clinical setting. The unique diagnosis made the treatment and management difficult.

“With my illness, there was a lot of doubts if I would be able to participate in any sport, let alone collegiate athletics. My college sports medicine staff worked tirelessly with me to ensure that I obtained and maintained eligibility to play.”

Now, inspired by those that allowed her to follow her dream, Kennedy (Endicott class of 2020) is pursuing a career in sports medicine. She is scheduled to begin work as a graduate assistant athletic trainer at California State University in the fall.

“I decided on sports medicine as a career goal because of my struggles with illness,” said Kennedy (AHS, ‘16). My college sports medicine staff was always so kind to me and supported me in my endeavors, no matter how challenging the road got. They were my lifeline.

“Without them, college volleyball probably would not have been a possibility for me. I know how much it meant to me for them to be there. Now, I so desperately want to be that resource for someone else.”

“I first started suffering with my illness during middle school,” said Kennedy. “The condition escalated quickly during high school before doctors were able to get it under control. For a while. I couldn’t attend public school for liability reasons.

“While my doctors worked tirelessly to figure out medications and treatment that my body would respond to, I became hyper sensitive to my lifestyle habits that I could modify to help limit the episodes. I focused on hydration, nutrition, sleep, acupuncture, and other forms of alternative medicine to help control my disorder. Having sports taken away from me so abruptly gave me a new appreciation for the game.”

A two-year captain for Andover High (2014-15), Kennedy moved from libero to setter as a senior and earned All-MVC honors. She averaged team highs with 9.0 assists and 3.8 digs while leading Andover to the Division 1 state title game.

“Playing for Andover High was one of the highlights of my adolescence,” she said. “Though the state championship didn’t go our way, beating a powerhouse like Barnstable, in a gritty, home, five-set (regular season) match was incredible.”

Kennedy continued to star on the court at Endicott as a defensive specialist. As a senior this past fall, she was Commonwealth Coast Conference Libero of the Year, first team All-CCC and National Strength and Conditioning Association All-American.

While it was often a challenge to keep going, Kennedy said her passion only grew, both on the court and off. “I was playing not only for myself and my love for the game, but I was also playing for all of the kids I met during my medical workups that wouldn’t have the chance to pursue the same opportunities,” she said.

“I learned how challenging sports medicine is, and how creative and important these medical personnel are. Seeing the amount of investment the staff had in the athletes, and the relationships they built with them during challenging times was amazing. My first-hand experience truly inspired me to pursue the sports medicine field.”

Andover’s Mackenzie Kennedy, an athletic training major at Endicott College, spent the fall and winter as an intern with the Boston College athletic program.

“I knew that I wanted to work with a Division 1 program,” she said. “I reached out to the Boston College sports medicine staff on my own. I went after the mens ice hockey, mens basketball and football teams because of the level of challenge associated with the sports. Not only was I dealing with high injury sports and athletes much larger than myself, I also was stepping foot into sports that do not commonly carry female athletic trainers.

“My days consisted of leaving Endicott at roughly 4:30 every morning and going into BC for 5:45 a.m. treatment and a 7 a.m. practice. I would then drive back to Endicott around noon to go to class, then and the practice or games for my own sport (volleyball).”