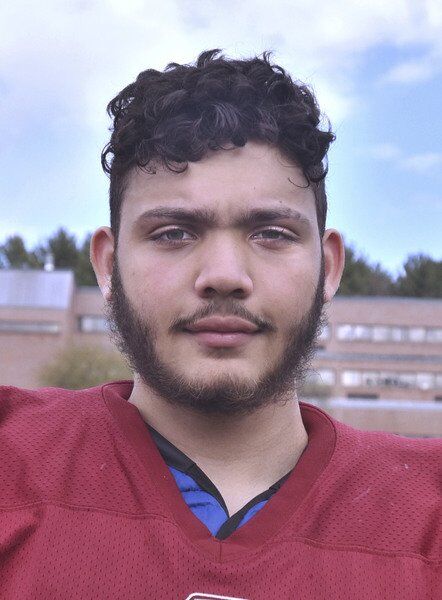 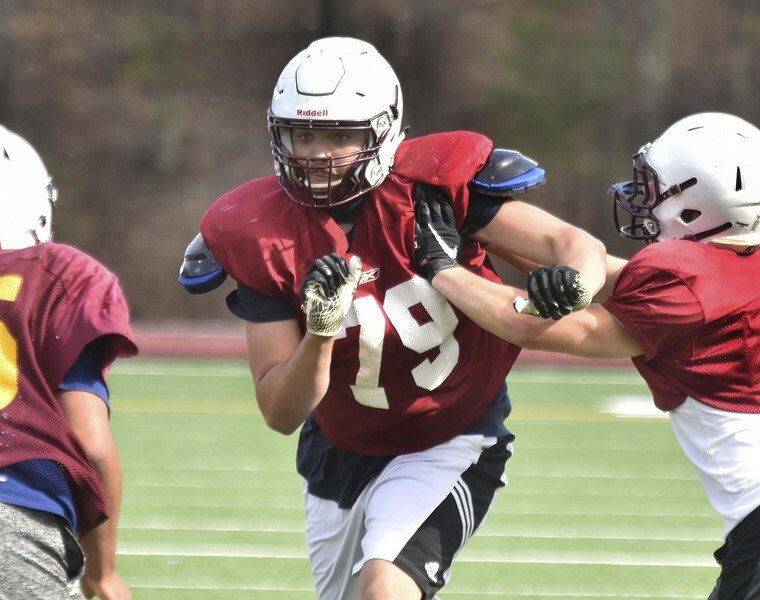 The 6-foot-6, 270-pound offensive/defensive lineman has already drawn attention from Division 1 college football programs. He’ll look to lock down a scholarship in the fall, with a postgraduate season at prep power Milford Academy (N.Y.)

Laursen-Rice’s ability to dream big is due, in a major way, to the man who walked him onto the field at Whittier’s senior day — his grandfather, longtime Andover resident, Boston Red Sox legend and MLB Hall of Famer Jim Rice.

“My grandfather and I have a great relationship,” said Laursen-Rice, a Methuen resident. “He’s such an inspiration to me, for what he accomplished on and off the field. When we had senior day this season, my grandfather was supposed to be on NESN (for Red Sox pre-and-postgame) that day. He moved his schedule around so he could walk me onto the field. I told him how much that means to me.”

Laursen-Rice, who recently wrapped up his Fall 2 season, said football was a lifeline after the isolation of COVID-19, and Whittier initially canceling its Fall 2 season.

“I was very depressed without football,” he said. “It was a very dark time. Time felt like it was going by slowly. I didn’t feel like I had a reason to get out of bed without football. I had to start going to therapy. Football is something I need to get out all my emotions. Having it back has been amazing.”

“Colby is just scratching the surface of his abilities,” said Bradley. “He has the size, but what college coaches have been mentioning is his speed. He’s very quick for his size, and has great feet. They love how he can run at his size. You can’t teach size and quickness, and he has that.”

Laursen-Rice is still amazed at the reaction his grandfather —who has lived in Andover since his historic playing career — draws from Red Sox fans.

“Whenever we go out to eat, at least one or two people will ask him for an autograph and picture,” said Laursen-Rice. “People admire him so much. The stories I hear the most is when he saved the kid who was hit by a foul ball. That’s really contagious stuff.

“My grandmother has told me stories about what my grandfather dealt with, that he faced racism and people who didn’t want him to make money. My grandfather had to fight for everything. That he was able to prosper through that is really inspiring to me.”

Laursen-Rice was raised by his mother, Jessica Laursen, who chose to hyphenate his name. His father, Chauncey Rice, recently reentered his life after struggling with legal issues.

“I owe my mother everything,” said Laurent-Rice. “She raised me, and got me through some very tough times. She made me the person I am today.

“My grandfather and I have a strong relationship. I can call him any time, and he’ll pick up the phone as long as he isn’t on TV. I can go to his house for holidays, dinners and church services. He’s always supported me in football.”

“Being able to go out there and hit someone is a great way to take out anger,” said Laursen-Rice, who also plays baseball for the Wildcats. “When I was young, I had some anger issues. I used football as a way to get that out of me. Football is something I need in my life. I feel like it’s the reason God gave me this body and athletic ability.

“When our season was canceled, I had no hope at all. I thought there was no way we would start halfway though the (Fall 2) season. But the sun came out, the snow melted, and it was like the Miracle of 2021.”

Laursen-Rice’s college search was derailed by COVID-19, but Bradley believes he’ll have no issues earning a scholarship after a season at Milford Academy, which has produced stars like NFL All-Pro running back LeSean McCoy.

“Colleges have been all over him,” said Bradley. “Boston College has shown interest. His arms are very long, which colleges like. He loves to drive block players down the field, and he can really pressure QBs. If he keeps working, you’ll be reading about him on Saturdays.”