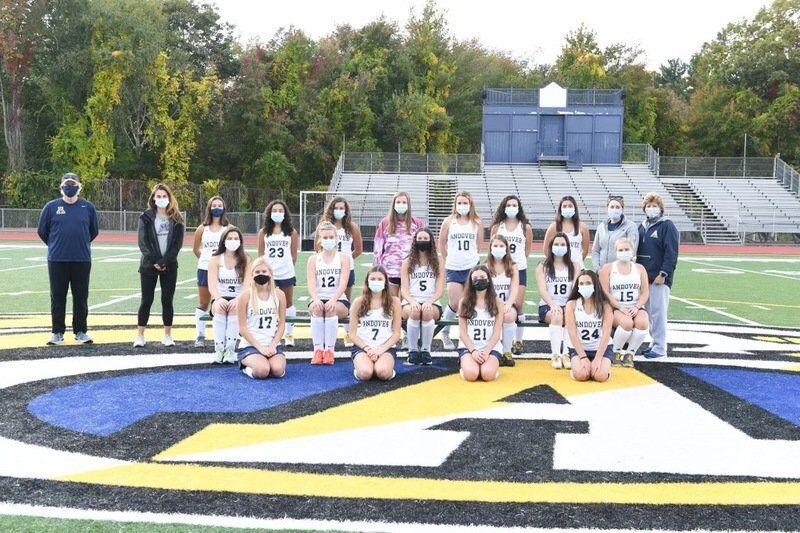 Courtesy photoThe undefeated Andover High field hockey team, which very likely was the best Division 1 team in the state, got together for a photo — with their masks on, of course. 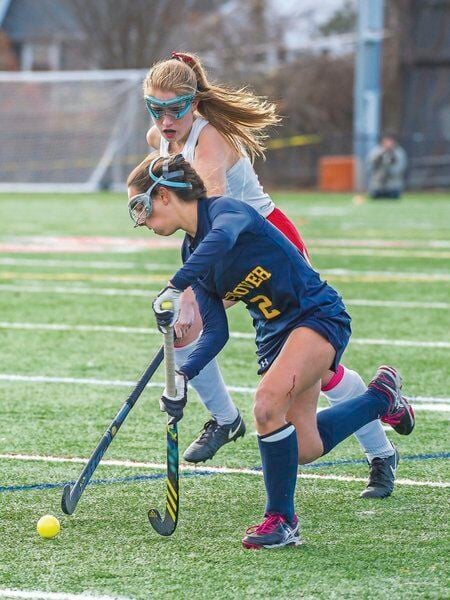 Staff file photoAndover’s Hanna Medwar scored 17 goals as a junior and was even more dangerous on this year’s talented squad. 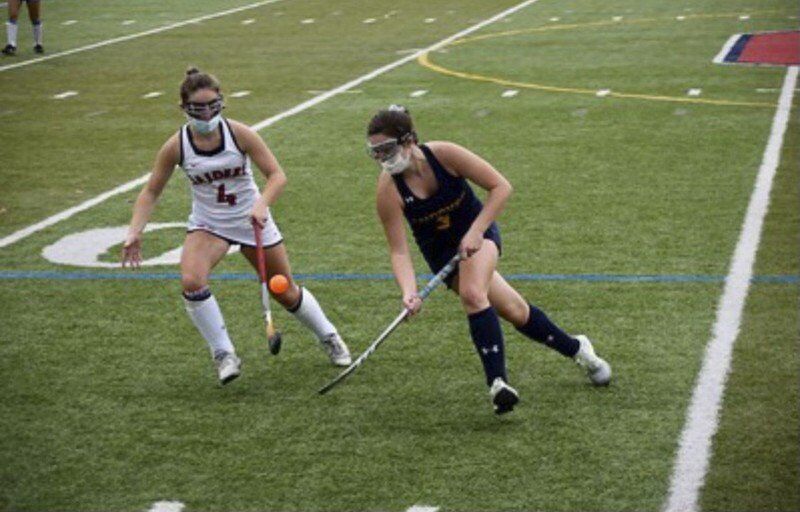 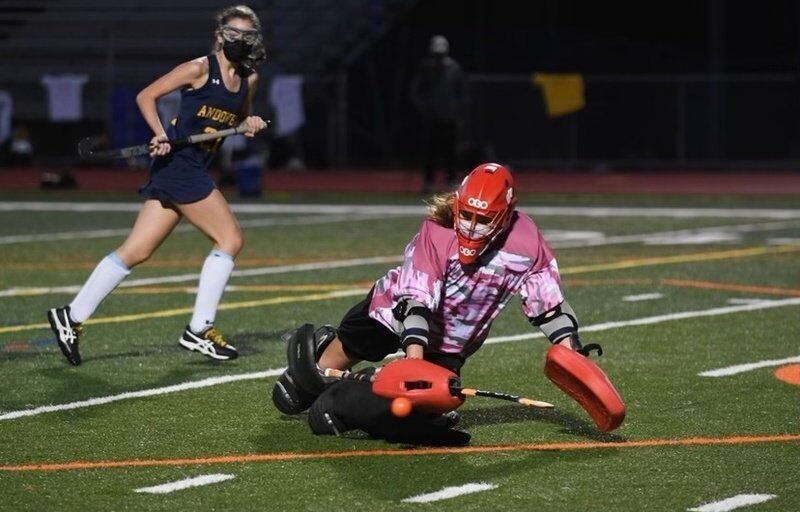 Courtesy photoPaige Gillette makes one of her few saves for Andover this fall, as Rose MacLean defends. Gillette is confident that the Warriors would have been Division 1 state champs had there been a tournament.

Courtesy photoThe undefeated Andover High field hockey team, which very likely was the best Division 1 team in the state, got together for a photo — with their masks on, of course.

Staff file photoAndover’s Hanna Medwar scored 17 goals as a junior and was even more dangerous on this year’s talented squad.

Courtesy photoPaige Gillette makes one of her few saves for Andover this fall, as Rose MacLean defends. Gillette is confident that the Warriors would have been Division 1 state champs had there been a tournament.

This fall was a mixed bag for the Andover field hockey team, as it was for most teams in Massachusetts.

The rules were different, especially the 7-on-7 format, the schedule was limited and constantly changing and there was no state tournament to aim for. But at least there was some kind of a season.

“The season was definitely different,” said star forward Hanna Medwar. “But anything we could get I was happy for. We have a close team and it was fun to be with everyone as much as we were.”

Heather Graham felt even more strongly that having any kind of a season was a plus. She attends classes at the Landmark School in Beverly which had no fall sports and has already cancelled winter sports.

“Hearing that we’d have at least some kind of a field hockey season made me glad,” said Graham. “For the most part, we were able to stay positive about having something.”

That sentiment was no doubt echoed by many teams in the area, but there was something unique about the Golden Warriors. They had a loaded team that very well may have been the favorite to win the Division 1 state title.

Andover, after all, had nine starters returning from last year’s state semifinalist squad, including several standouts, and a wealth of depth that made playing 7 on 7 a piece of cake.

Overall, the Warriors only got six games in, winning all six, but that was enough to display their talent level. They had five shutouts, scored seven goals in each of their last four games and outscored their opponents by a whopping 35-1 margin.

Andover controlled play so thoroughly that goalie Paige Gillette estimates that she only had to make about eight saves all year.

“I didn’t see much action,” said Gillette. “As far as improving and having fun playing, practices were better for me.”

Gillette probably would have seen a little more action in the state tournament against strong competition but, of course, the MIAA ruled that there would be no tournament this year, a ruling that upset coaches and players alike.

“It was sad and frustrating that we didn’t have the tournament — it really stunk,” said Graham. “It’s what we drive for every year. We know we had a great team and this was a redemption year for us (after losing in the semifinals last year to boy-led Somerset-Berkley). We wanted to win it this year.”

Medwar, who will play field hockey at Middlebury next year, said that, without a tournament, “it was hard to keep the enthusiasm up” and she felt that “we kept about the same talent as last year so I think we could have gone as far as last year.”

Gillette was more definite about the Warriors’ prospects.

Although head coach Maureen Noone hesitates to make an absolute statement on the subject of winning it all this year, she does feel that the ingredients were there to do just that.

“Once I saw us playing in games, I could see the talent we had on this team,” said Noone, who has won three state titles at Andover. “Opposing coaches and officials were all telling us that we had a special team that would be hard for anyone to beat.

“You never know what will happen in a tournament, but we would have been right there. We’ve had some very good teams but my assistant (Dan Casper) thinks this would have been the best team we’ve ever had.”

Whether that is the case is open to argument, of course. But Noone thinks there is one positive from the situation.

“I think it taught a good life lesson, that anything can happen and just have to adjust to it,” said Noone.

There’s no question about that, but it would have been nice to have adjusted to the unique circumstances with a state title, which is something the Warriors probably deserved.

In 23 years with Maureen Noone as head coach, Andover field hockey has: