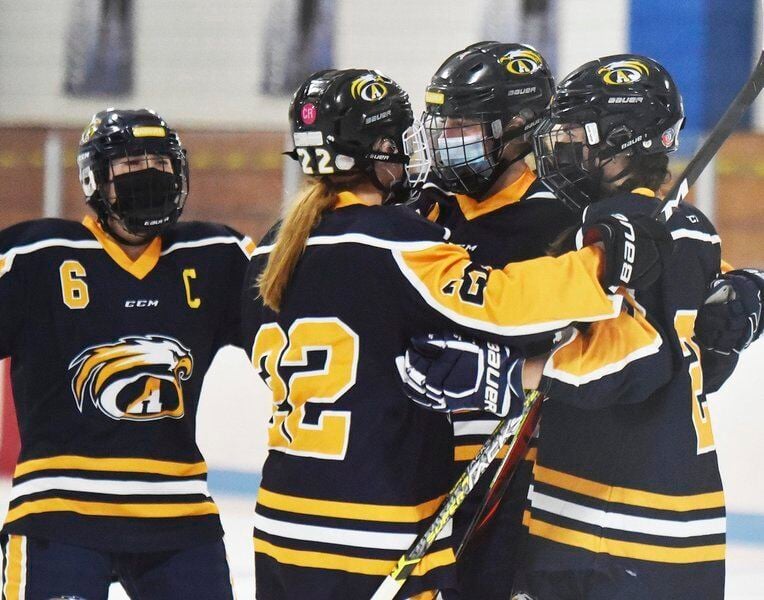 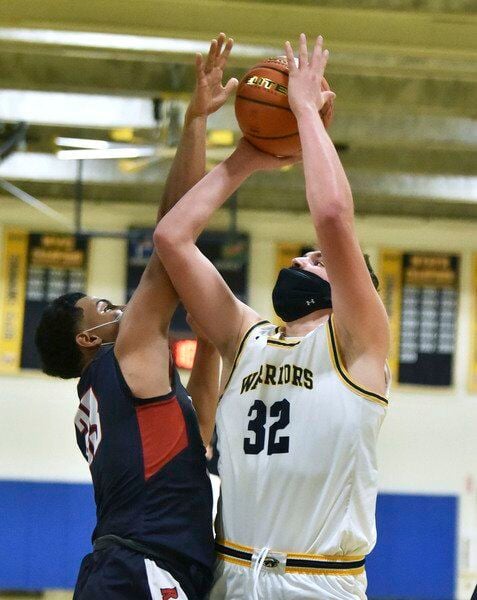 CARL RUSSO/staff photoAndover's Logan Satlow drives to the hoop for two of his 18 points in the Golden Warriors' season-opening win over Central Catholic last week.

CARL RUSSO/staff photoAndover's Logan Satlow drives to the hoop for two of his 18 points in the Golden Warriors' season-opening win over Central Catholic last week.

“It’s looking really good,” said Adams. “We have a lot of new players to go with a lot of returning good players. We all work together well in practices and games, so it’s going real good so far.

“We didn’t expect this (against Methuen/Tewksbury). It was good to have a good first period, and then keep that momentum going through the game.”

Andover also beat Central Catholic 7-2 in its opener on Jan. 11.

Abby Murnane, Kelley Ross, Rose Memmolo and Kaitlyn Cormier each scored once for the Golden Warriors (3-0). Lillian Jagger (16 saves) and Maggie Mullin (5 saves) combined on the win in net.

“I love playing Central. Love it,” said Satlow. “I was on the bench last year. I didn’t play much. I wasn’t very good. I was really looking forward to this year and to open with Central was the best news. The rivalry is great. I couldn’t sleep last night.”

Golden Warriors head coach Dave Fazio added, “(Satlow) is a worker and didn’t surprise me at all. It wasn’t our best game. I think we have to get tougher. But Central is scary, like they always are. We played well when we had to.”

“Let me make this clear: Aidan is the best player in the state,” said Satlow. “I face him every day in practice and he destroys me. I can’t stop him.”

Andover beat Central Catholic for the second time in a week, 61-54 on Saturday. Aidan Cammann scored a game-high 19 points, while and Logan Satlow had 12 points for the winners.

Andover struggled to find any offensive constancy, falling to Central Catholic 49-22 on Friday. Tatum Shaw scored a team-high 11 points for the Golden Warriors, who were playing without star Anna Foley, who was injured in the opener.

Anthony Previte and Steve Ingram each scored a goal, but Andover lost its season-opener 4-2 to Central Catholic last Wednesday.

Anton Pace scored Andover’s goal in a 4-1 loss to Central Catholic on Saturday.